DAVAO CITY — As the Duterte Administration nears the end of its term, national line agencies vowed to continue implementing initiatives under the Normalization Program of the Comprehensive Agreement on the Bangsamoro (CAB).

This was the consensus made during the 7th meeting of the Inter-Cabinet Cluster Mechanism on Normalization (ICCMN) held here on Wednesday, May 18, attended by secretaries and other top officials of ICCMN member-agencies as well as ministers of the Bangsamoro Autonomous Region in Muslim Mindanao (BARMM) interim government.

“Our investment in the normalization programs and projects must not be wasted. We should ensure that this should bring us closer to achieving the Normalization Program’s goals,” said Cabinet Secretary Melvin Matibag, ICCMN co-chairperson.

“We must all maintain our focus and based on the most recent assessment, our renegotiated pipelines. Let us keep in mind that the Annex on Normalization was signed in January 2014 yet it is our responsibility to prevent any further delays,” Matibag stressed.

Although he admitted that the COVID-19 pandemic has created many challenges in the implementation of the Normalization Program, this should not deter the ICCMN from realizing its security, socioeconomic development, confidence building, and transitional justice and reconciliation (TJR) components. 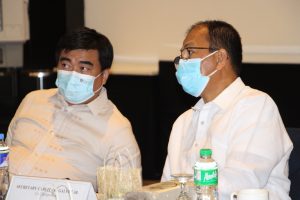 Ariel Hernandez, chair of the Government of the Philippines Joint Normalization Committee (GPH JNC), noted that the gains achieved under the ICCMN’s Socioeconomic Cluster which “all started with the political will and commitment” of President Rodrigo Duterte.

“And by that [commitment], which resulted in the execution of PhP 2.6 billion worth of socioeconomic development programs amidst the pandemic,” Hernandez said, as he also cited the strong support provided by the internal development community.

He acknowledged the “complexity in the implementation” of the socioeconomic component of the program on normalization, emphasizing that it is not possible for the national government to fund all of these interventions.

“Because this is an agreement between both parties, we have to respect and uphold the jointness of all decisions,” Hernandez said, adding “the trust and goodwill of stakeholders was the main social capital that moved the implementation.”

Under the ICCMN’s Confidence-Building Measure Cluster, Office of the Presidential Adviser on Peace, Reconciliation and Unity (OPAPRU) Assistant Secretary Atty. Wilben Mayor highlighted the issuance of Executive Order No. 125 and Proclamation No. 1090 as among the major accomplishments of the cluster.

Mayor said the OPAPRU had already sent the revised budget of the NAC to the Department of Budget and Management for the second half of this year, as well as identified the staffing requirement and priority areas of the body for FY 2022.

Under the ICCMN’s TJR Cluster, Mayor, who also serves as GPH focal for TJR, presented the accomplishments of the cluster which include laying the groundwork for the implementation of the TJR Roadmap. 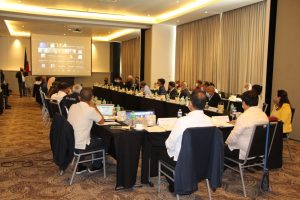 The said TJR Roadmap, he explained, has two tracks. The first track is the creation of the National Transitional Justice and Reconciliation Commission for the Bangsamoro (NTJRCB), while the second is the implementation of the TJR Program and other policy measures.

“The implementation of the TJR can be complex. It requires inclusivity, consensus and trust-building among the different stakeholders to make a difference in peace/TJR efforts,” he said.

According to Diciano, a total of 24 Joint Peace and Security Teams (JPSTs), composed of 778 members divided into four batches, have been established since 2019. Of these 24 JPSTs, 17 teams consisting of 520 members have been deployed over the same period in the BARMM.

Diciano also reported that the National Task Force on the Disbandment of Private Armed Groups (NTF DPAGs) has disbanded a total of 15 PAGs, with 93 members neutralized and 85 firearms recovered. 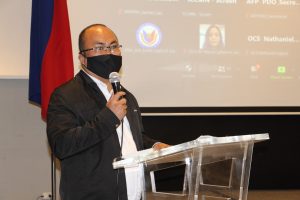 Under the Small Arms and Light Weapons (SALW) Program, he said three provincial local government units in the BARMM have launched the program in their localities, which so far has yielded 542 loose firearms.

The GPH panel chair likewise shared the lessons learned by the cluster in the implementation of its security interventions.

These include “commitment and mutual respect between the parties and the normalization bodies to pursue the deliverables under the security aspect amid fiscal challenges and the health crisis.”

He added that “mutual recognition of the primacy of the peace process enabled a conducive environment for the Normalization Program to advance.”

Public Works and Highways Secretary Roger Mercado congratulated the BARMM leadership and the Bangsamoro people “for achieving peace in Mindanao,” describing this “as a big leap and accomplishment in the BARMM.”

“There is now peace in Mindanao. We are now in the process of normalization. We already have the mechanisms in place. It’s only [a matter] of activating these different strategies and it’s [only] a matter of time before we can reach normalization,” Mercado said.

In response to their national government counterparts, BARMM Ministry of Transportation and Communication Minister Dickson Hermoso said that he is “very happy” with the crafting of the Camps Transformation Program.

“There is a need to focus on these camps. It is not only the combatants that were affected by the armed conflict, but also the civilians and their loved ones,” he said.

Ministry of Public Order and Safety Minister Muñoz said that “We are very hopeful that the BARMM government can achieve a [stronger] state of [governance] in the not so distant future…Na lalakas ng lalakas ito.” 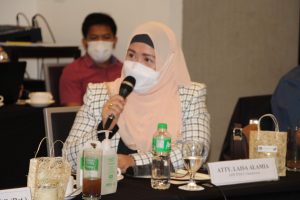 “With only about five weeks left before the Duterte administration turns over the reins of government to the new administration, it is our hope the ICCMN will be able to accelerate the implementation of our peacebuilding initiatives under the Normalization Program,” Galvez said, who also serves as ICCMN co-chair.

According to the peace adviser, “With the dedication, commitment and hard work shown by ICCMN member-agencies, we have no doubt that we shall accomplish the remaining tasks ahead of us.”

“I would also like to thank my co-chair, acting Cabinet Secretary Melvin Matibag for your invaluable contribution to this collegial body, especially in providing the necessary guidance and direction to our joint efforts,” Galvez said.

“Finally, I want to thank each and every one of you – the men and women of the ICCMN – for the steadfast commitment and support you have shown over the past six years. It has truly been an honor and a pleasure working side by side with all of you,” he concluded. ###