COTABATO CITY (30 May 2022) — “Napakasaya ko po na isa ako sa mga nabigyan ng oportunidad na makapag-exam kasi matagal ko narin pong pangarap maging pulis. Pero financially, mahirap kaya ‘di ako nakapag-aral maging pulis. Kahit hindi tayo pulis ay tumutulong naman tayo sa community. Pero mas lalo tayong mas makakatulong pa pag ganap na tayong pulis.”
(I am very happy that I am one of those who were given the opportunity to take the exam. Because I have long dreamed of becoming a police officer but it is financially difficult so I was not able to study to become a police officer. Even though we are not police officers, we help the community. But we can help even more when we are fully-fledged police officers.) 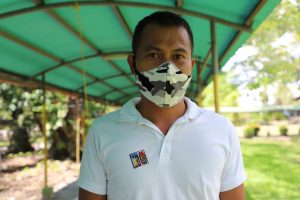 This was shared by Oting M. Otto, 33, after completing the National Police Commission’s (NAPOLCOM) Special Qualifying Eligibility Examination (NSQEE) on Sunday, May 29 in Cotabato City.

The examination was held simultaneously in schools in Cotabato City for applicants coming from the mainland provinces, and in Lamitan City, Basilan for those residing in the island-provinces of the Bangsamoro Autonomous Region in Muslim Mindanao (BARMM). 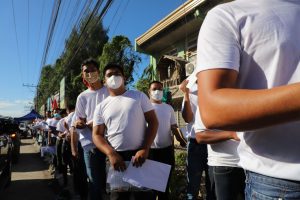 Article 11, Section 2, Paragraph 3 of the BOL states that:

For Johanna A. Mohammad, a woman member of the MNLF who took the NSQEE, the support system provided by the national and BARMM governments were very helpful for the examinees. 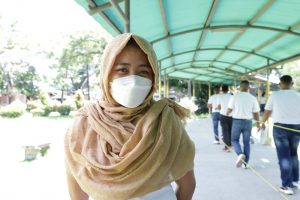 (Our review and process was good until we were able to take the exam. They were also nice to assist us. I’m lucky because I was given this opportunity to participate in this and I hope I can pass as well. First of all, this is for my family and also for me so that I can also reach my dream.)

The workshop was spearheaded by the Inter-Governmental Relations Body (IGRB), a multi-agency body that aims to coordinate and resolve issues between the national and BARMM governments through regular consultation and continuing negotiation in a non-adversarial manner.

Ugale was accompanied by GPH Coordinating Committee on the Cessation of Hostilities (CCCH) Operations Head Dave Jungco and Jeoffrey So representing CCCH Chair BGen. Antonio Nafarrete during the on-site monitoring to ensure the orderly and safe conduct of the examination. 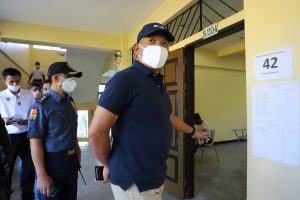 “The GPH AHJAG commends the smooth and orderly conduct of the NSQE exam, which we owe much to the joint efforts of the national and Bangsamoro governments through the NAPOLCOM, PNP, DILG and other members of the Inter-Governmental Relations Body,” Ugale said.

“This is the legacy of peace that the Duterte Administration would like to leave behind, which we hope the incoming administration will sustain and continue to build on in the coming years,” Galvez added.