KABANKALAN CITY, NEGROS OCCIDENTAL (26 November 2019)— As Negros Occidental celebrates its week of peace, residents decided to commemorate it with one of the key stakeholders of the local peace process – the KAPATIRAN.

The group has demonstrated sincerity in fulfilling its commitments under the peace agreement it signed with the government. This is why the government is fast-tracking the completion of projects which will help the group’s members make the successful transition into civilian life.

In the hinterland barangay of Locotan, KAPATIRAN members, together with residents of Kabankalan City, gathered to witness the historic turnover of various infrastructure projects to the former revolutionary group.

For some, these buildings may seem like ordinary structures made out of cement and wood. But for the KAPATIRAN members, they represent hope for a better future.

Veronica P. Tabara, chair of KAPATIRAN, is proud of what her group has achieved in sustaining the gains of the peace process.

“We consider this as a very important day. These projects will help the KAPATIRAN to progress as a community,” Tabara said. 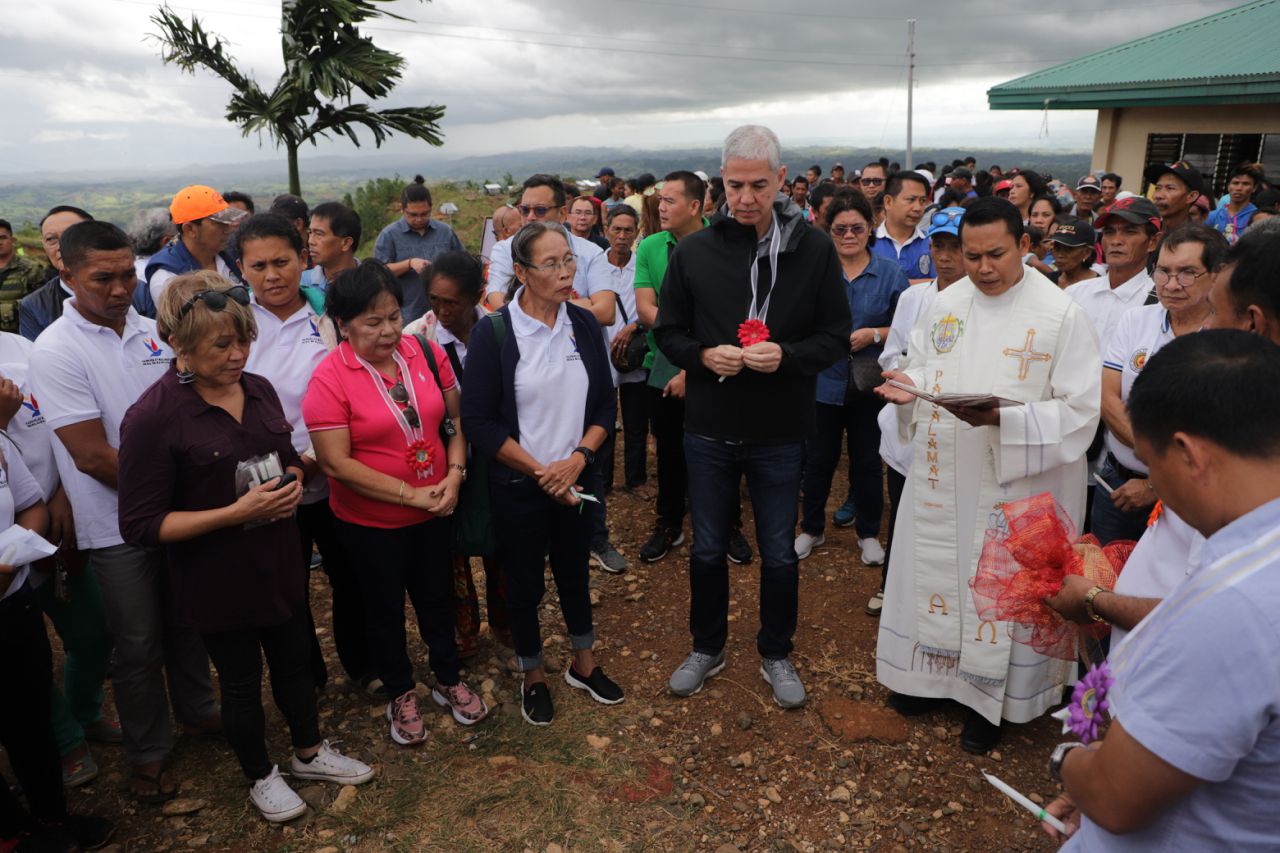 The morning was an alternating dance between sunlight and rain, but the enthusiasm of the KAPATIRAN and Kabankalan residents did not waver.

For them, the shifting weather patterns seemed like a metaphor for the peace and economic conditions in their community, something they have been long accustomed to.

But today, the peace and development efforts which have been painstakingly carried out over the years have come into fruition — all ready for the picking.

Pedro P, Zayco, Jr., city mayor of Kabankalan, assured KAPATIRAN members and Kabankalan residents that the provision of infrastructure projects will not be the end of the government’s interventions in the area.

“The national, provincial and city government are here working together for the betterment of this community. This is not the end of our support, rather the beginning of a continuing process,” Zayco Jr. said.

Among the projects turned-over to the KAPATIRAN were a four-classroom school building, day care center, multi-purpose center, health center, one-phase line, 2-15 KVA transformer and accessories, and the rehabilitated Locotan-Mambinay Road — all funded under the Development Acceleration Program.

On the other hand, the concreted Locotan Road with canal lining, as well as additional classrooms, were funded under the Department of Interior and Local Government – Payapa at Masaganang Pamayanan (PAMANA) program under Fiscal Year 2014.

PAMANA, which is under the oversight of the Office of the Presidential Adviser on the Peace Process (OPAPP), is the national government’s convergence program which provides much-needed development assistance to remote, conflict-affected areas in the country.

Zharwrigley B. Dayon, barangay chairperson of Locotan, called on residents to treasure the projects given to them.

“I am asking the people of Barangay Locotan to help in taking good care of these projects. As residents and beneficiaries, this is our responsibility,” Dayon said. 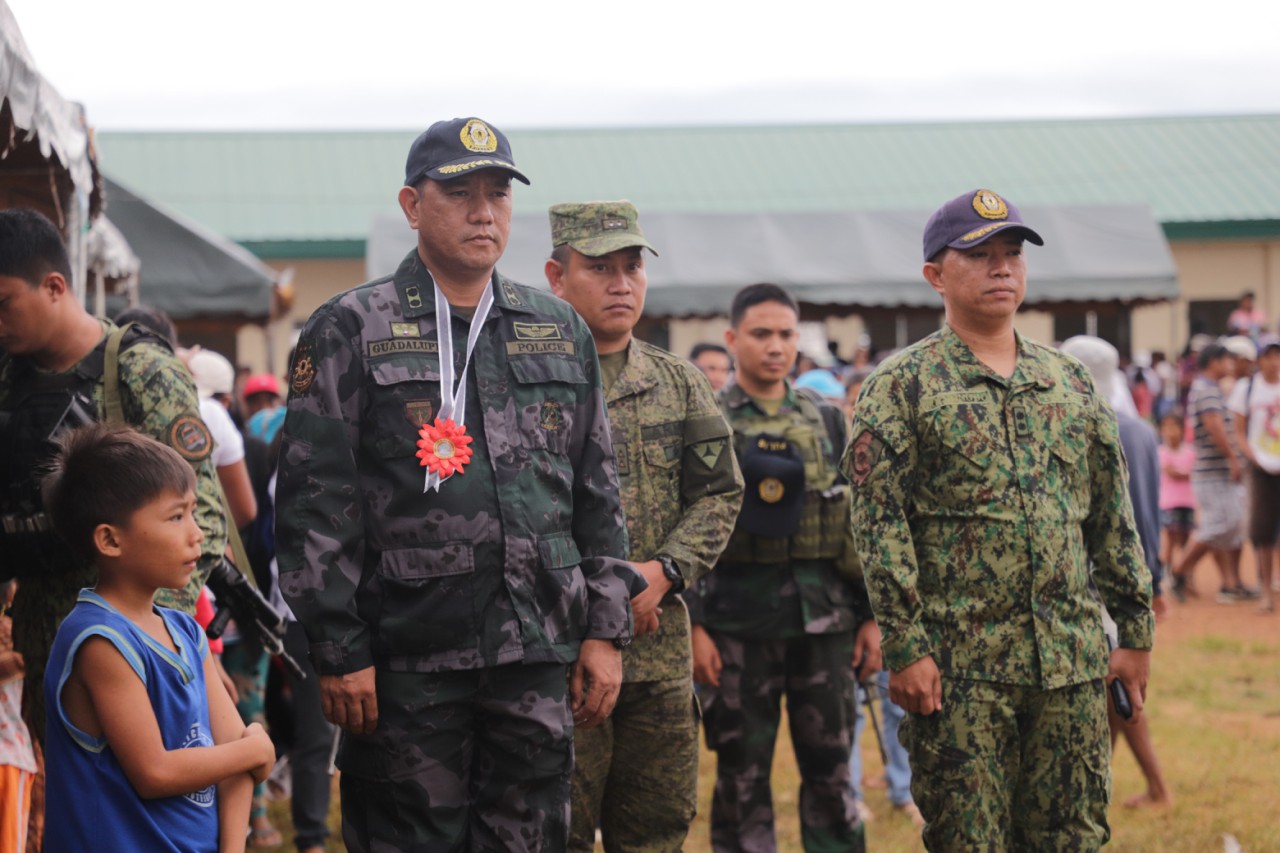 For Eugenio Jose V. Lacson, governor of Negros Occidental, the peace agreement with KAPATIRAN is a huge step the province’s journey towards long-lasting peace and development.

“I’d like to thank the KAPATIRAN for having faith and confidence in the national government, that under the administration of President Duterte, we will finally come to a conclusion. Rest assured that the provincial government, together with the city government, as much as we can, will continue to help your organization,” Lacson said.

A promise for peace

To further strengthen cooperation between the provincial government of Negros Occidental, city government of Kabankalan, and KAPATIRAN, the parties signed a Memorandum of Understanding, outlining the specific duties of each signatory.

Under the MoU, the governments of Negros Occidental and Kabankalan shall allocate a yearly budget culled from their respective Peace and Order Funds to help finance socio-economic development projects for KAPATIRAN members.

Both LGUs will also provide skills training to members of KAPATIRAN, and assist them in acquiring the necessary accreditations from concerned agencies. Once accredited, the group will be recognized as a partner non-government organization/people’s organization and can be tapped in the implementation of government projects in their communities and adjoining areas.

For its part, the KAPATIRAN will develop its own plans and policies for the resettlement area of its members; shoulder the expenses for the upkeep of the said resettlement area; develop a strong network with the provincial and city governments for the implementation of peace and development projects for its members; submit plans and proposals for possible funding assistance for technical support services and socio-economic interventions; and work for the accreditation of KAPATIRAN as a partner NGO/PO in the implementation of government projects in their communities and adjoining areas.

With the aim of bringing government services closer to people, the provincial government of Negros Occidental, the city government of Kabankalan, OPAPP, and the Department of Interior and Local Government also brought a Peace Caravan to Barangay Locotan.

The whole-day array caravan offered an array of government services, which included medical and dental checkups, haircuts, circumcisions, as well as a rescue and safety training workshop conducted by the Provincial Disaster Risk Reduction and Management Office.

Seeds and seedlings were also distributed onsite, in partnership with the Department of Environment and Natural Resources, while PhilHealth accepted applications for membership.

“This [event] has shown us your sincerity, commitment and continued support to the KAPATIRAN, who were once armed rebels fighting the government. Because of this, we as a group will continue on the road to peace and development,” Tabara said. ###