“Now, if the other armed groups will see the fruits of this process, I believe they will be encouraged to join in the decommissioning process,” he said.

Aside from the various Moro fronts whose members still bear weapons, there are still other armed groups operating in Mindanao such as private armies, communist insurgents, and extremist organizations.

According to the Presidential Peace Adviser, the main goal of the government is for non-state armed groups to become irrelevant in the country.

Galvez said that based on his informal conversations with representatives of these armed groups, some of them have already expressed their desire to be part of the decommissioning process.

“The willingness to give up their firearms is already a sign that they want to change their lives,” he said.

It is being carried out simultaneously with the Political Track of the peace agreement, which includes the ratification of the Bangsamoro Organic Law, and the establishment of the Bangsamoro Autonomous Region in Muslim Mindanao.

President Rodrigo Roa Duterte earlier signed Executive Order No. 79 or the Annex on Normalization to consolidate whole of government-whole of nation peacebuilding initiatives under the Normalization Track.

The Office of the Presidential Adviser on the Peace Process also entered into an agreement with the Department of Social Welfare and Development (DSWD) last week to manage the “immediate cash assistance” for the decommissioned combatants.

More than half of the funds are allocated for the cash assistance to be given to the combatants. The remaining funds will be used for the training, operationalization and sustainment of the Joint Peace and Security Teams (JPSTs).

At present, there are about 225 MILF-Bangsamoro Islamic Armed Forces (BIAF) who are undergoing basic military training in Camp Lucero in the town of Carmen in North Cotabato.

Representing Cabinet Secretary Nograles, Undersecretary Jo Ann Burgos said “everything is proceeding as planned for the implementation of the Normalization program for the new Bangsamoro Autonomous Region of Muslim Mindanao. 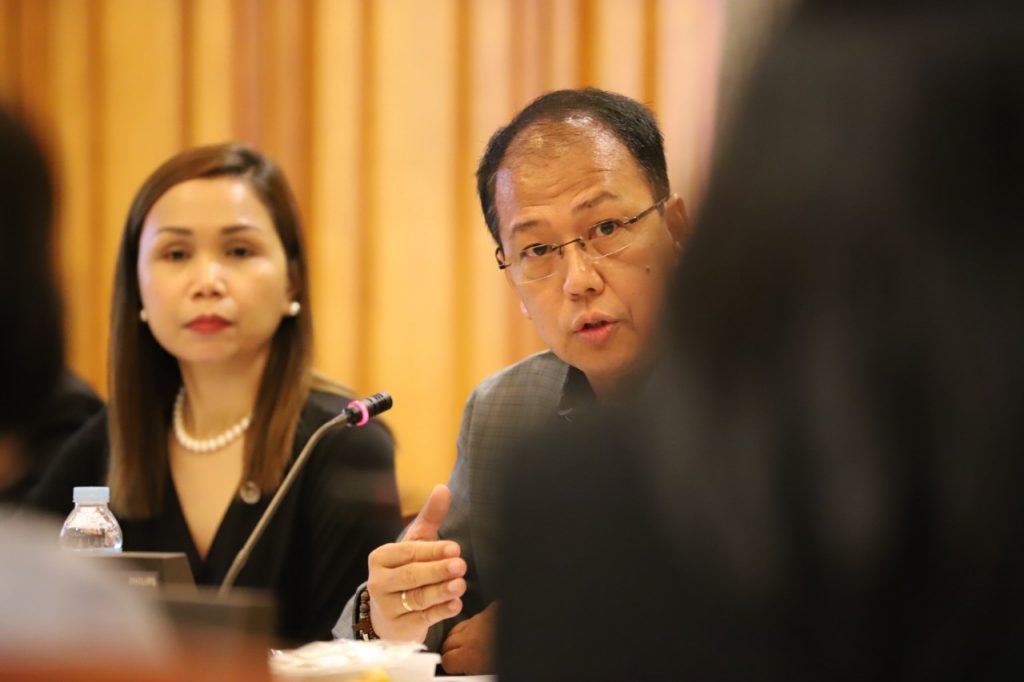 Burgos said the ICCMN “is mandated to ensure the timely, appropriate and efficient delivery of services under the Normalization program in the Bangsamoro.”

She said the national government is determined to effectively implement a Whole-Of-Nation approach as it helps to capacitate the BARMM interim government.

“We need to get all government agencies to seriously work together, especially when it comes to peace and development in Mindanao,” Burgos said. ###