Eid’l Adha: A celebration of peace, reconciliation and unity amidst diversity

BUTIG, LANAO DEL SUR (AUGUST 13, 2019) – The call for peace, reconciliation and solidarity reverberated across this hinterland community and other parts of Mindanao as members of the Muslim faith celebrated Eid’l Adha.

Office of the Presidential Adviser on the Peace Process (OPAPP) Undersecretary Gloria Jumamil-Mercado led a team here as they joined village folk in commemorating the sacred event.

“Kagaya niyo, naniniwala rin kami sa spirit ng Eid’l Adha (Like you, we believe in the spirit of Eid’l Adha) — sacrifice, patience, and perseverance — they are marks of victory and success,” Jumamil-Mercado told residents in a gathering here. 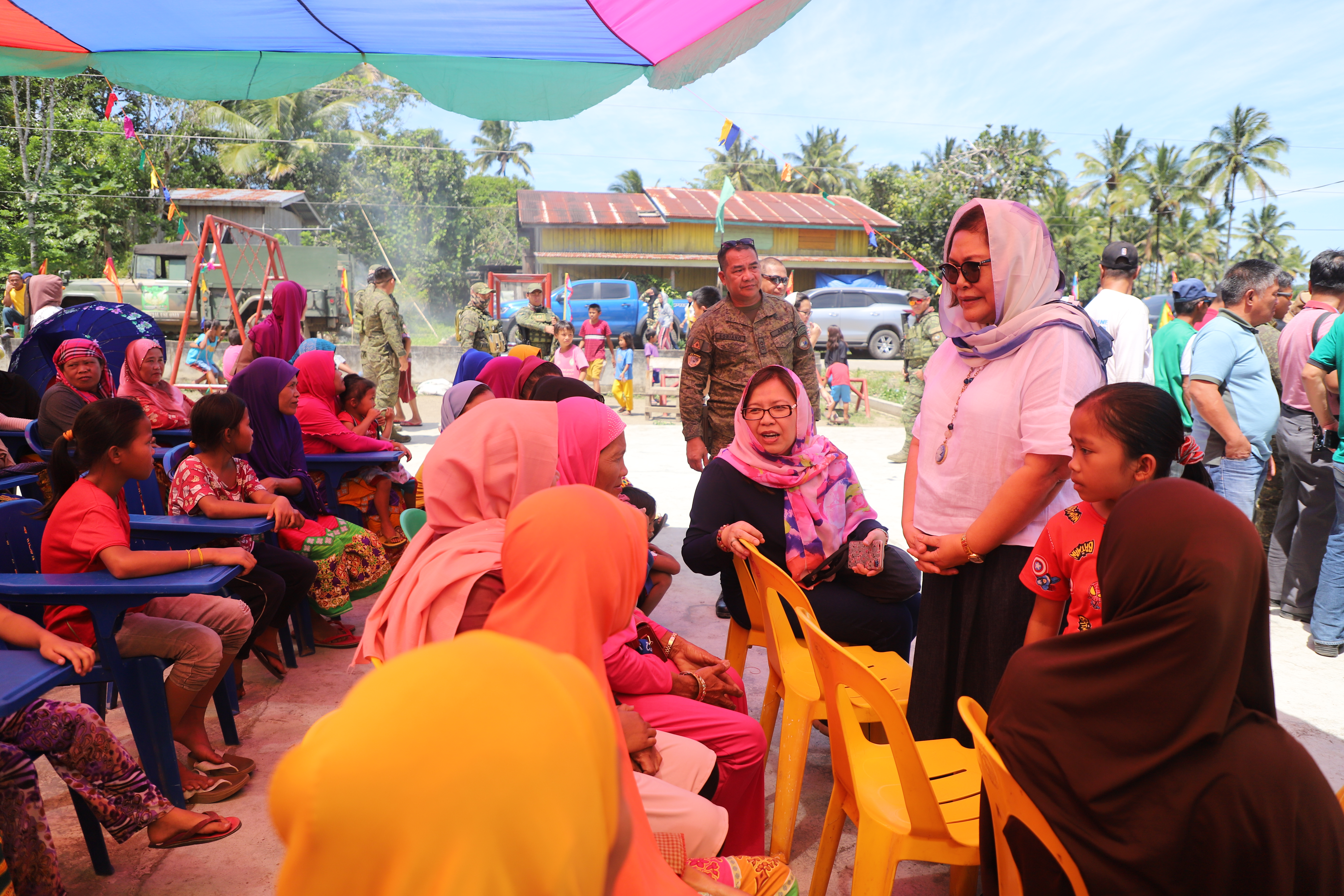 Eid’l Adha or “The Festival of the Sacrifice,” is an occasion wherein Muslims all over the world commemorate the great sacrifice made by the Prophet Ibrahim.

“So sa inyong lahat, maraming salamat sa oportunidad na makarating kami dito at sana ay may maitulong pa kami sa mga darating na araw (To all of you, thank you for giving us the opportunity to visit you and we hope that we would be able provide assistance in the coming days,” Mercado said.

A commitment to peace

For Macapaar, the event is a time for forgiveness, compassion and self-reflection as the people of the Bangsamoro Autonomous Region in Muslim Mindanao (BARMM) turn a new chapter in their history. 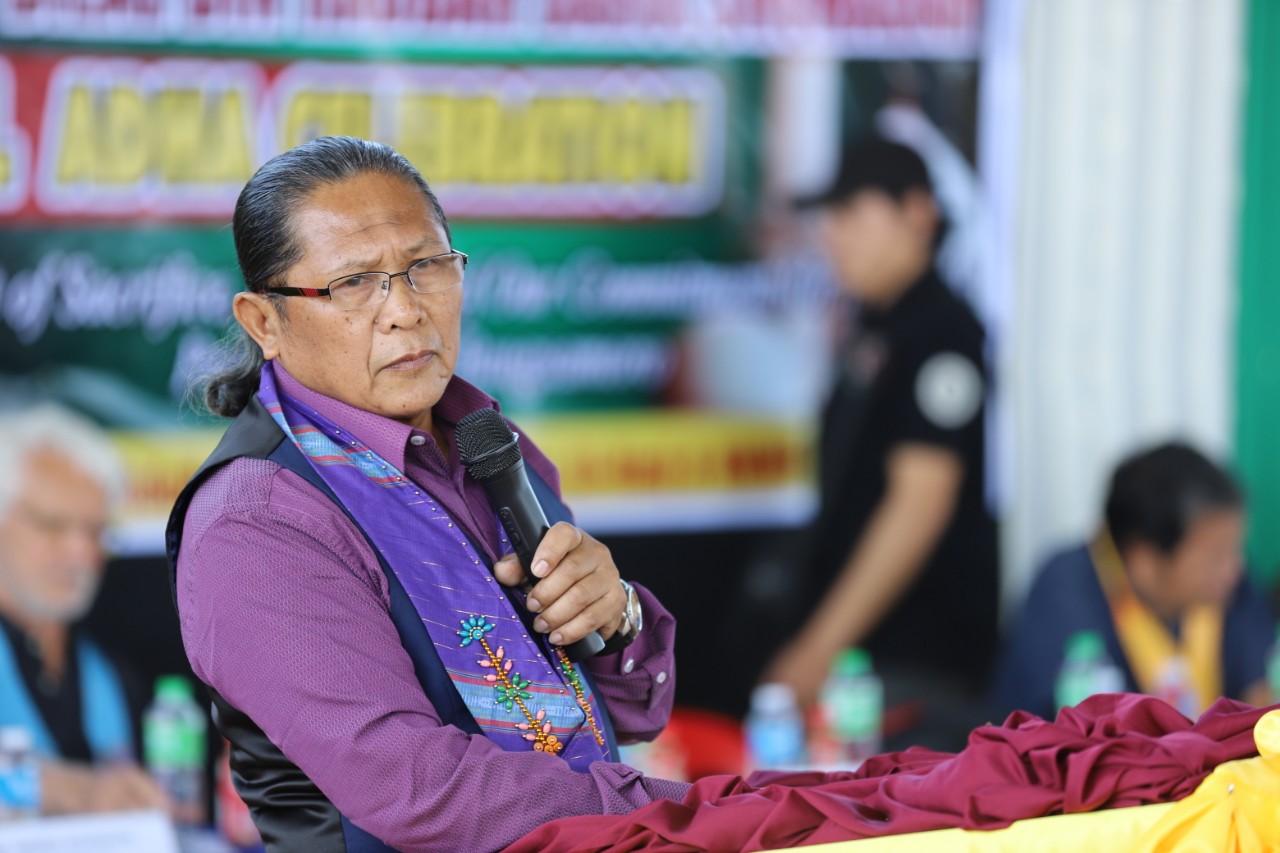 “What I can assure you is that whether I am in the forest or in the BARMM, I am for peace,” Macapaar said. “You know very well how I [have] dedicated my life for peace and progress in our area.”

Under the Normalization process, 40,000 MILF-Bangsamoro Islamic Liberation Front (BIAF) members and their weapons will be decommissioned. The former combatants and their families will make the transition to become peaceful and productive members of society.

The decommissioning process will officially start on September 7 of this year, which will be witnessed by no less than President Rodrigo Roa Duterte and other high-ranking cabinet officials.

In his remarks, Diciano said the commemoration of Eid’l Adha should remind the JPST trainees of the value of commitment, hard work and sacrifice as they go through the 26-day basic military training course conducted by the Armed Forces of the Philippines (AFP). 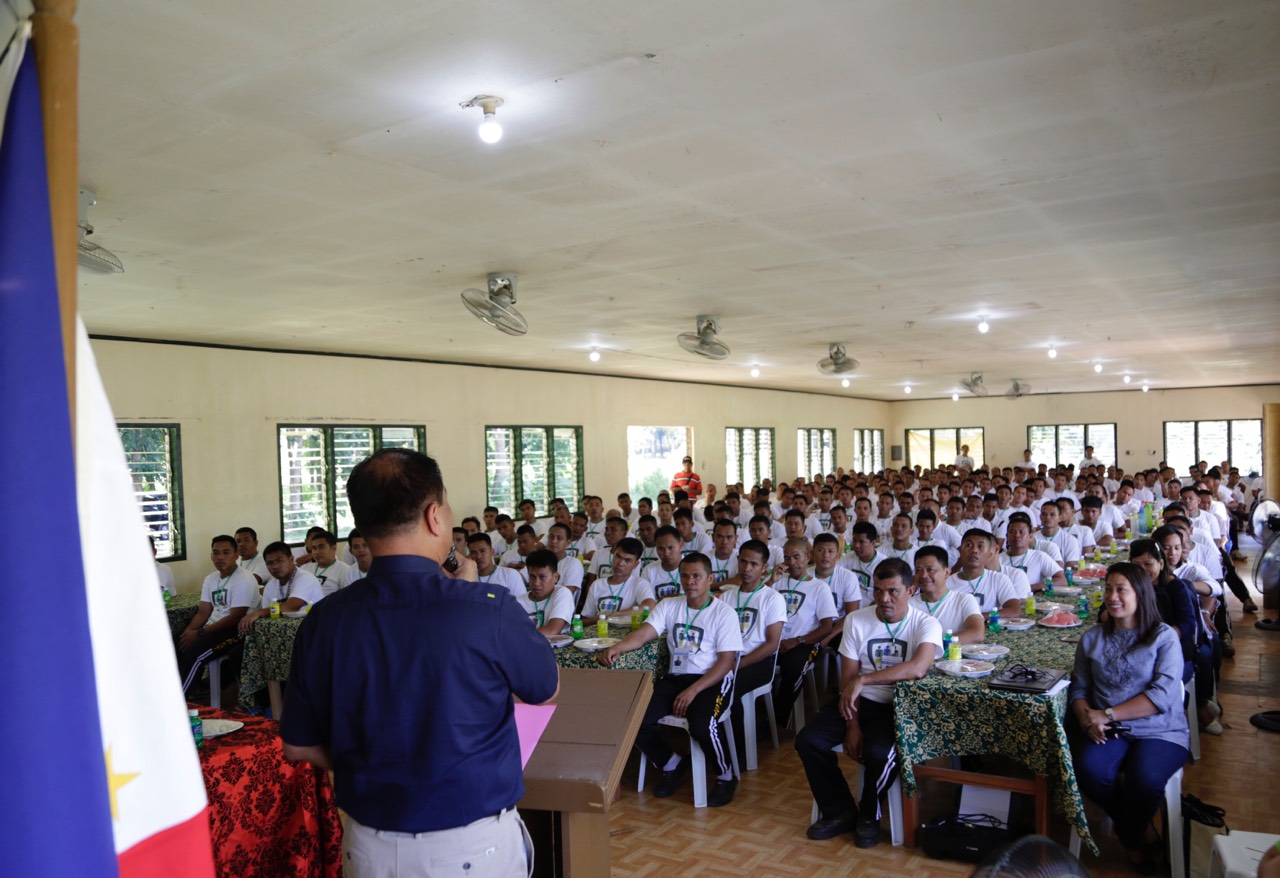 (We are not sacrificing to do bad things, we are sacrificing for the good of all…the Christians, Muslims, and other religions within this room sacrificed together for a common cause – to sacrifice for the attainment of genuine peace here in our country.)

Diciano and Rosario, together with representatives from OPAPP and the AFP joined the JPST trainees in a solidarity meal.

In Matungao, Lanao del Norte, unity amidst diversity among Muslims and Christians was highlighted during the commemoration of Eid’l Adha in the remote municipality.

“It (Eid’l Adha) is one way of reminding everyone that we are all Filipinos,” said OPAPP Director Melanio Adao in his message of solidarity, as representatives of OPAPP and AFP joined residents in the festive celebration. 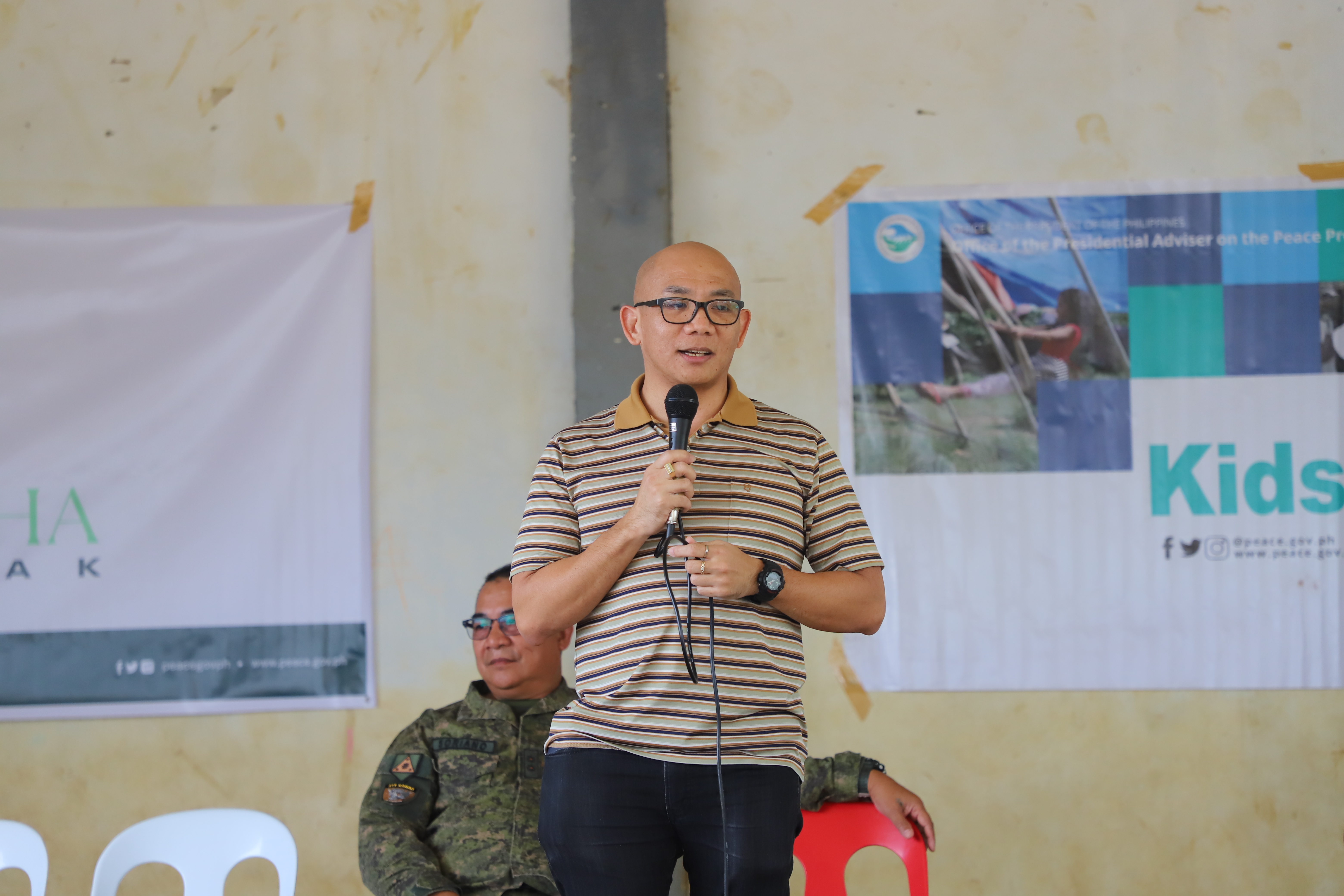 During their visit, the OPAPP and the AFP conducted “Peacemisan” or women’s peace conversations, “BoodlePeace” or community kitchen, and “Kids for Peace” where children living in transitional shelter sites across the city participated in different recreational activities.

These initiatives are part of OPAPP’s continuing efforts to promote social healing and reconciliation among those affected by the Marawi siege. The activities seek to strengthen cooperation and social cohesion among residents as they rebuild their lives after the unfortunate incident.

Sustaining the dividends of peace

In his remarks at Camp Bilal, Presidential Peace Adviser on Peace, Reconciliation and Unity Carlito G. Galvez Jr. underscored the significance of Eid’s Adha, saying the occasion is a time for Muslims to demonstrate their generosity, understanding and forgiveness.

“Most importantly, this gathering is a symbol of your desire to promote peace in the Bangsamoro,” Galvez told the hundreds of residents who participated in the event. 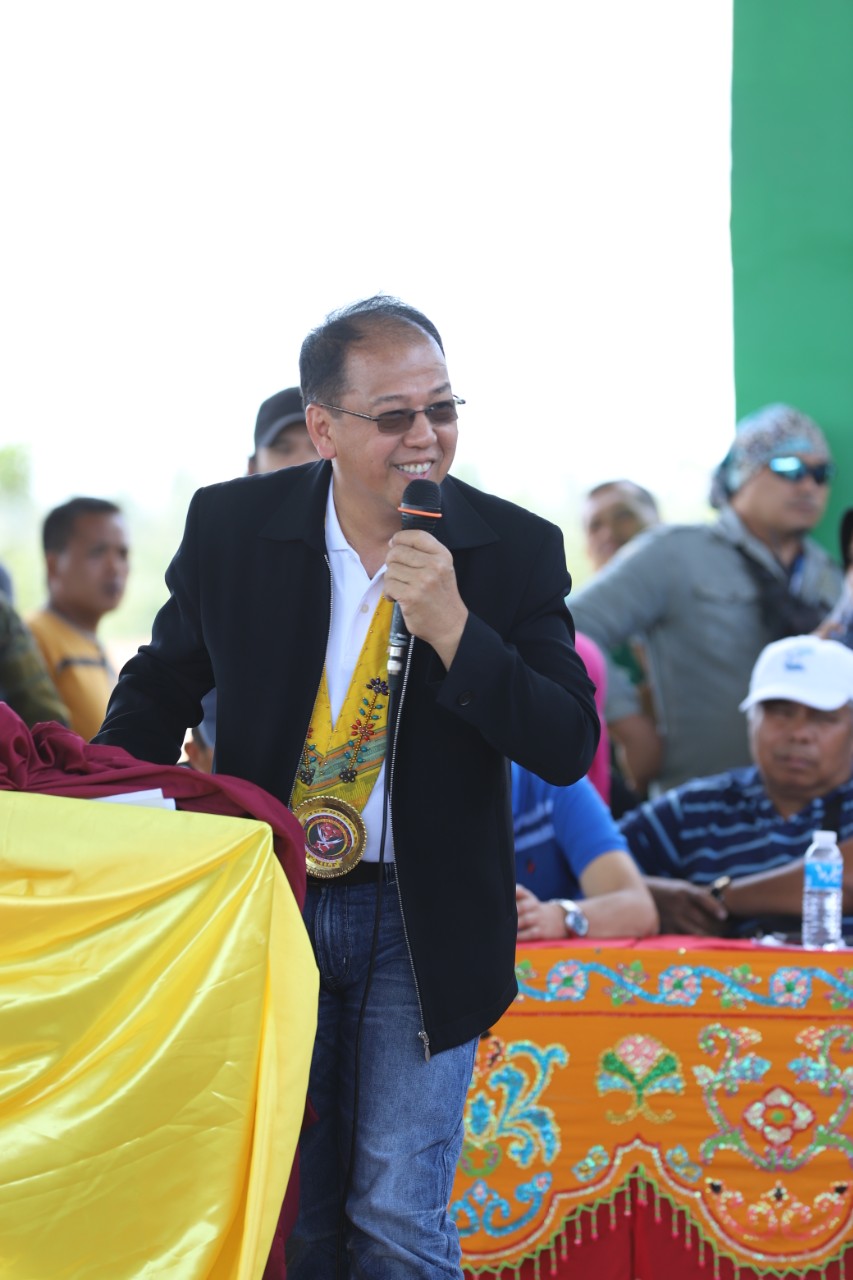 “Through these visits, we have heard suggestions on how we can further improve the implementation of the Normalization phase,” Galvez said.

The peace adviser called on residents to fully support the BARMM leadership, saying this will enable the interim government “to further improve the delivery of services and consequently, allow residents to reap the dividends of peace.”

“The Duterte Administration is committed to respond to your needs and help you fulfil your dream of achieving sustainable and enduring peace in the Bangsamoro,” Galvez concluded. ###