DAVAO CITY (1 December 2022) – Members of the national and Bangsamoro governments aim to strengthen their collaborative efforts on how to move the Bangsamoro peace process forward as the Intergovernmental Relations Body (IGRB) convened for its twelfth meeting, its first under the Marcos administration.

In her opening remarks, Budget and Management Secretary Amenah F. Pangandaman, who serves as IGRB co-chairperson for the national government side, noted the body’s recent accomplishments which include the inaugural meeting of the IGRB under the Marcos administration and the successful convening of the Philippine Congress – Bangsamoro Parliament Forum (PCBPF).

“At this inaugural meeting of the PCBPF last Nov. 15, we were able to garner legislative support from the National Government and Bangsamoro Parliament in pursuit of our Agenda for Prosperity for BARMM and Mindanao,” Pangandaman said.

“Everything we’ve done up to this point is a step in the right direction for our shared goal of inclusive prosperity for the whole Philippines. Today, as we continue on this path towards lasting peace and prosperity for BARMM, Mindanao, and the country, I pray that our meeting will be one of many successful meetings in resolving the various issues relating to BARMM,” she added.

For his part, Minister Mohagher Iqbal, IGRB co-chair for the Bangsamoro Government side, highlighted the instrumental role of the body in the region’s quest for meaningful autonomy.

“The role of the IGR body during the transition period and even beyond, is crucial in our quest to establish genuine autonomy and meaningful self-governance in the Bangsamoro Autonomous Region. It is along this line that we need to, once again, review the provisions of the Bangsamoro Organic Law (BOL) to determine IGR issues that need to be addressed, discussed, and resolved at the level of this IGR Body.”

Iqbal also encouraged the body to make use of their time “wisely, efficiently and effectively in this exercise, while at the same time, build strong collaborations and lasting relationships along the way. As I always say, once you have ensured good working relations with your counterpart, half of your work is done.”

In a press briefing following the IGRB meeting, Interior and Local Government Secretary Benhur Abalos emphasized that the IGRB is an indispensable mechanism in nation building.

Abalos noted that the IGRB was created to resolve pressing issues and concerns regarding the implementation of the BOL.

He also lauded the body for what it has accomplished so far, saying, “issues are tackled in a pleasant manner because both parties are not only thinking about the autonomy of the BARMM, but as well as the unity of the country. I would like to congratulate our two chairs for handling this challenging task.”

For his part, Presidential Adviser on Peace, Reconciliation and Unity Secretary Carlito G. Galvez, Jr. threw the OPAPRU’s full support behind the body.

“The Bangsamoro peace process is one of the priorities of the Marcos administration. We witnessed the President [has] expressed his support during the region’s recent milestones, which include the oath-taking of the new Bangsamoro Transition Authority and also their inaugural session. As a support to the President’s order, we are dedicating resources to ensure its successful implementation,” Galvez said.

“Rest assured that we’re backing up everyone here. We’re here to assist and here to help,” he added.

Under Section 2, Article VI of the BOL, the IGRB was created to coordinate and resolve issues between the two parties through regular consultation and continuing negotiation in a non-adversarial manner. 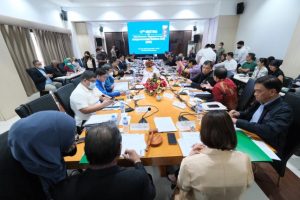 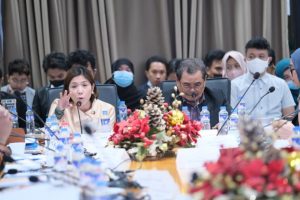 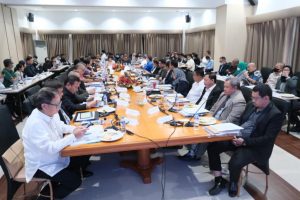 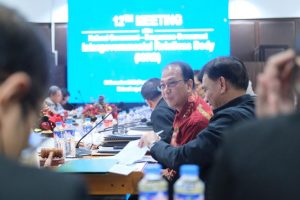 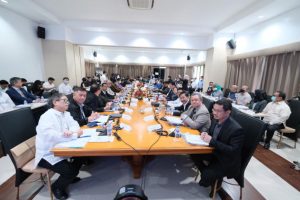 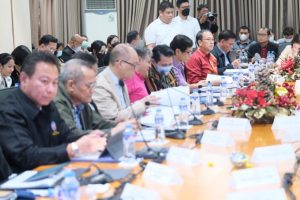 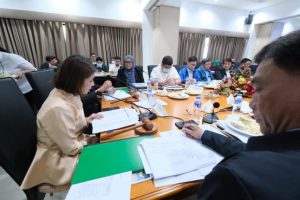 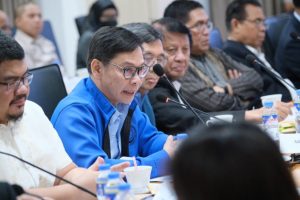