QUEZON CITY — The National Task Force for the Disbandment of Private Armed Groups (NTF-DPAGs) has disbanded eight private armed groups operating in the province of Maguindanao and General Santos City within the first two quarters of this year.

“The recent milestones of the NTF DPAGs, particularly on the increasing number of disbanded PAGs is a manifestation of the government’s commitment in maintaining peace and order in Mindanao,” Malayo said. 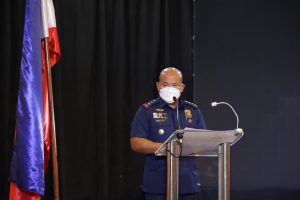 According to Malayo, there are only 12 active PAGs in Western Mindanao as of May 27.

These lines of effort includes the disbandment of private armed groups, the implementation of a program for small arms and light weapons management, the redeployment of Armed Forces of the Philippines (AFP), policing, and the clearing of unexploded ordnance (UXO) and landmines.

Aside from successfully disbanding PAGs in Western Mindanao, the Department of Interior and Local Government (DILG) has also rolled out its program for the disbandment of private armed groups on May 11, 2021.

Meanwhile, the Office of the Presidential Adviser on the Peace Process (OPAPP) has downloaded the funds to line agencies which are implementing the program on the disbandment of PAGs.

Task group on rehabilitation and reintegration

During the meeting, the task force officials proposed the creation of the National Task Group on Rehabilitation and Reintegration under the NTF-DPAGs to further provide a holistic approach in the disbandment of PAGs. 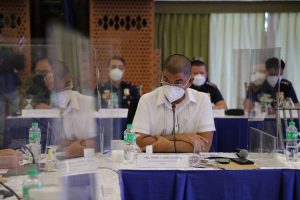 According to NTF-DPAGs Secretariat Head and Joint Normalization Co-Chair Ariel Hernandez , the national task group aims “to determine the socioeconomic assistance to be given to the surrendered members of PAGs, and other components rehabilitation and reintegration components.”

“This is very important because this will complete the circle in ensuring that [they] will not go back again into bearing arms and joining private armed groups,” Año stressed.

“This is an important project, a holistic approach in transforming the lives of former PAG members into peaceful civilian life and addressing the different conditions that made people join private armed groups. We will help with the creation of this task group, OPAPP will support this initiative,” Galvez said.

Meanwhile, Año also reiterated his guidance to members of the task force as they conduct operations against PAGs.

“We must utilize the Whole-of-Nation approach to completely dismantle private armed groups. We must provide them with incentives such as livelihood assistance, rehabilitation programs and reintegration opportunities,” he said.

Año also highlighted the importance of engaging local government units, as well as involving members of the community in neutralizing PAGs. 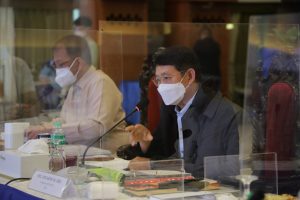 “We need the help of the local government units and communities in achieving our goal of disbanding PAGs. We must inform them of our advocacy and consult them about the realities on the ground,” he said.

For his part, Galvez underscored how the newly-created task group can contribute in sustaining the gains of peace in Mindanao. 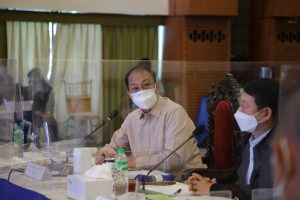 “As members of the task force against PAGs, let us help in sustaining the gains of peace in Mindanao by disbanding the private armed groups, and creating the conditions where these lawless elements cannot thrive,” he emphasized.

“The body’s accomplishments during this period reflect the steadfast commitment, solidarity, and dedication of our members in pursuing our program for the disbandment of private armed groups,” Galvez added. ###