“The City Government of Marawi, Provincial Government of Lanao del Sur, and national line agencies have done an outstanding job of providing essential services to the people despite the challenges brought by COVID-19 pandemic,” Galvez said in a statement during the culmination of the 4th Marawi Week of Peace celebration on May 23.

“All our interventions are making an impact on the lives of the Maranao people because of our collective vision, and that is, to give, to work, and to share not only our time, skills and resources but more importantly, a part of ourselves,” he added.

Galvez likewise commended members of civil society, the international donor community,  the security sector and Task Force Bangon Marawi (TFBM) for helping to rebuild the city and the lives of the Maranao people.

“Civil society organizations and foreign donor agencies have played a key role in helping to build the capacity of residents to earn sustainable incomes, while donating much-needed funds for the implementation of various socio-economic measures,” he said.

“The security sector, for its part, has ensured the safety and security of the people, making sure that situations of conflict are immediately addressed, while implementing their own peacebuilding efforts in the area,” Galvez noted.

“Meanwhile, Task Force Bangon Marawi has been an integrator and consolidator of all of these initiatives. Like the conductor of an orchestra, the TFBM has made sure that there is synergy and complementation among the different agencies and institutions,” he said. 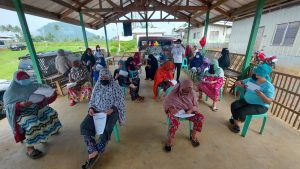 The Office of the Presidential Adviser on the Peace Process (OPAPP), through its Social Healing and Peacebuilding (SHAPE) Program, has over the years focused its interventions in rebuilding the city’s torn social fabric.

In particular, the SHAPE’s interventions are designed to promote social healing, mutual understanding and reconciliation among the city’s most vulnerable sectors — internally displaced persons (IDPs), women, youth, and the indigenous peoples (IPs).

The program is anchored on the Duterte Administration’s Six-Point Peace and Development Agenda, which seeks to address the key drivers of conflict and reduce or prevent incidents of violence caused by political, social, and economic factors.

During the week-long celebration of the Marawi Week of Peace, OPAPP, together with its various peace partners held various peacebuilding activities which included a “Peacetival for the Youth;” peace conversations with women and girls; peace dialogues with hostage survivors and former violent extremists (FVEs); and distribution of rice assistance. 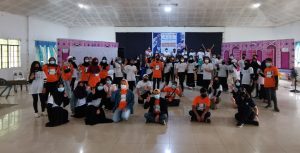 OPAPP is a member of the TFBM, the inter-agency task force designated to oversee the rehabilitation, recovery, and reconstruction efforts in Marawi City after the siege ended in 2017.

“We are now at the third or final phase of the rehabilitation [of Marawi] with the reconstruction of the horizontal and vertical infrastructures inside ground zero,” declared TFBM Chairperson Secretary Eduardo Del Rosario.

“We are optimistic that all ongoing projects will be completed by December 2021,” Del Rosario said.

The TFBM is leading the reconstruction of the country’s only “Islamic City.” A peace memorial park, bridges, roads, police stations, a maritime outpost, mosques, and transitory shelters are now being built in the city’s Most Affected Area (MAA). ###