During the ceremonial turnover, 106 DCs personally received the rice assistance packages, while the rest will be distributed to the beneficiaries’ communities in the mainland and island-provinces of the Bangsamoro. 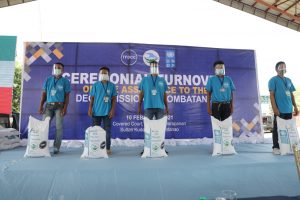 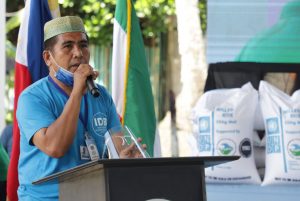 The turnover of the rice assistance packages is being carried out in partnership with the United Nations Development Programme (UNDP),  which has been a long-time supporter of the GPH-MILF peace process. 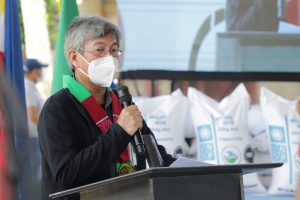 The rice assistance also aims to ease the burden among the former combatants and their families who have been affected by the COVID-19 pandemic.

Office of the Presidential Adviser on the Peace Process (OPAPP) Undersecretary David B. Diciano, chair of the Government Peace Implementing Panel (GPIP) on the Bangsamoro Peace Accord, told the DCs that the activity is part of the continuing socioeconomic interventions for them. 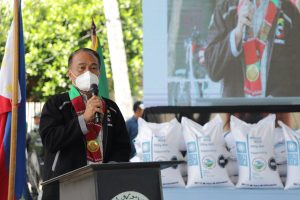 Diciano explained that a needs assessment is being conducted by the Task Force for Decommissioned Combatants and their Communities (TFDCC), in partnership with the Department of Social Welfare and Development (DSWD), to determine the actual needs of the DCs and develop more appropriate and sustainable and socioeconomic interventions for them.

Socio-economic development is among the key components of the normalization track of the Comprehensive Agreement on the Bangsamoro (CAB), which aims to provide the DCs with the capacity to earn a sustainable living and become productive members of society.

According to Diciano, the third phase of the decommissioning process is scheduled to begin this year.

Diciano said that the list of the 14,000 combatants to be decommissioned under the third phase had already been turned over to the Independent Decommissioning Body (IDB) in December 2020.

He said that preparations are now underway for phase three, wherein they must ensure that minimum health standards are strictly observed during the whole decommissioning process. 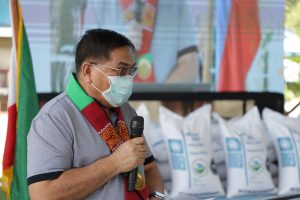 Meanwhile, Minister Abdulraof Macacua, executive secretary of the Bangsamoro Autonomous Region in Muslim Mindanao (BARMM), told the DCs that the event was “another forward development in [the] quest for a successful peace endeavor towards normalization.” 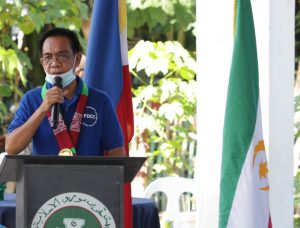 Attending on the behalf of the UNDP were Liss Custodio, Jazelle Anne Lim, and Catherine Joy Rumbines from the SPAN programme; and Noel Pedrola.