MANILA (22 January 2021) — The Intergovernmental Relations Body (IGRB) has served as a joint mechanism for the national and Bangsamoro governments to push forward the Bangsamoro peace process in the face of the health, peace and security challenges the nation continues to confront.

This was emphasized by President Rodrigo Roa Duterte after being presented with the IGRB’s First Progress Report on Thursday in Malacañang.

“I am indeed pleased, happy that the past two years strengthened the collaboration between the national government and the Bangsamoro government. A significant step in achieving meaningful and lasting peace in Mindanao,” President Duterte said. 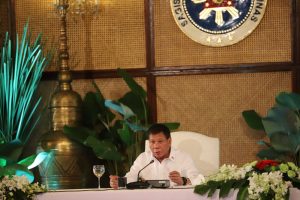 The President assured Bangsamoro Autonomous Region in Muslim Mindanao (BARMM) officials that his administration “will remain determined in its commitment to support self determination, uphold human rights and advance social welfare in the Bangsamoro region.”

“This is why I have given marching orders to all relevant government agencies to give full support to the BARMM through continued assistance in the region,” he said.

Since its first consultative meeting held on December 16, 2019 in Davao City, the IGRB has already convened six times, most of them being conducted during the height of the COVID-19 pandemic.

Finance Secretary and Co-Chair of the IGRB Carlos G. Dominguez highlighted the body’s dedication to find solutions to issues and concerns raised before it.

“We have worked hard to resolve our points of divergence and reconcile differences to keep the transition of the Bangsamoro Autonomous Region in Muslim Mindanao moving at the fastest possible pace,” Dominguez said. 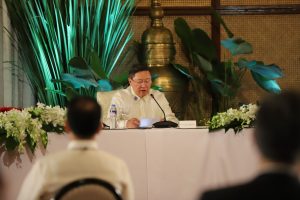 “With the unrelenting dedication and strong partnership among the IGRB members, what could have been obstacles in the first year of the complex transition process were threshed out successfully,” he added.

The creation of the IGRB is provided for under Section 2, Article VI of the Bangsamoro Organic Law (BOL) to coordinate and resolve issues between the two parties through regular consultation and continuing negotiation in a non-adversarial manner.

As contained In the IGRB secretariat’s report, which covers the period December 2019 to December 2020, the body was able to resolve nine key issues that were raised by the Bangsamoro government for appropriate action by both parties.

Education Minister and Co-Chair of the IGRB Mohagher Iqbal acknowledged the accomplishments of the body, saying all of these would not be possible without, “the unwavering support of the Duterte Administration to the establishment of Bangsamoro Autonomous Region. It is all the more significant because we presented it to a President who hails from Mindanao, and who fully understands the history of the Bangsamoro struggle.” 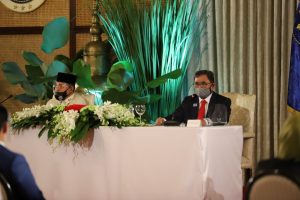 Bangsamoro Chief Minister Ahod “Al Haj Murad” Ebrahim expressed his gratitude to the IGRB for serving as a vital link between both governments, and providing a mechanism for greater synergy and collaboration.

“I wish to thank the Intergovernmental Relations Body for becoming a beacon of hope for the success of the peace process, and for proving that meaningful collaboration and strong cooperation could go a long way. I wish you great times ahead, and my sincerest congratulations on your achievements,” he said. 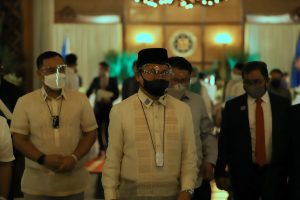 For his part, Presidential Peace Adviser Carlito G. Galvez Jr. underscored that the report presented to the President is a testament of the Duterte administration’s firm commitment to sustain the gains of the Bangsamoro peace process.

“This report is concrete proof that the Duterte administration remains committed to the Bangsamoro peoples’ quest for peace and development in their region. I sincerely thank the IGRB for their determination in resolving key issues in a peaceful and democratic manner.” 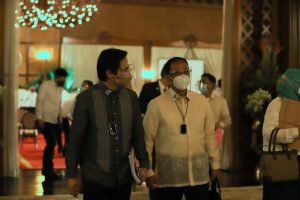 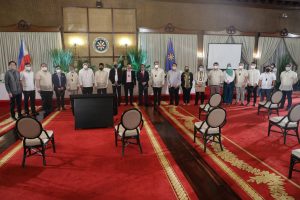 The IGRB is supported by a Joint Secretariat co-headed by Office of the Presidential Adviser on the Peace Process (OPAPP) Spokesperson and Chief of Staff Asec. Wilben M. Mayor and Bangsamoro Attorney-General Atty. Sha Elijah B. Dumama-Alba. END