The resolution was approved during the 43rd assembly of the Samar Island Partnership for Peace and Development (SIPPAD), a multi-sector organization composed of government, church, and civil society representatives coming from the three provinces of Samar Island.

LPE is one of the 12 clusters of the National Task Force to End Local Communist Armed Conflict (NTF-ELCAC), the multi-agency body created by virtue of Executive Order No. 70 or the “Whole-of-Nation Approach.”

The bishops expressed their willingness to engage the rebels through peace conversations.

“I am more than willing and even willing to die for peace to achieve in our region,” said Bishop Abarquez.

“We accept the challenge given to the local church,” said Fr. Fred Placa who represented Bishop Trance.

“We are willing to cooperate and talk peace” said Bishop Varquez, adding that the creation of the peace panel “will lead us to one direction, which is our aspiration for peace in the Samar island.” 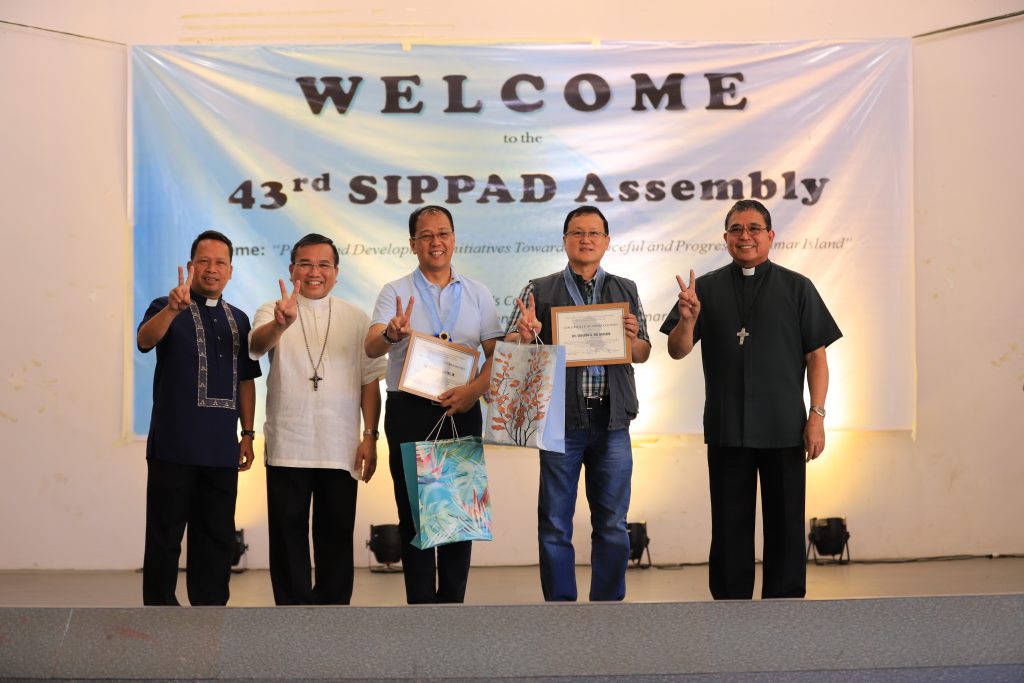 The resolution designating the bishops to lead the LPE was spearheaded by Borongan Mayor Jose Ivan Dayan Agda, who noted that the “religious sector is more credible than the politicians in leading the localized peace engagements with the rebel group.”

“The religious sector plays a vital role in the peacebuilding efforts. And we need divine intervention for our peace initiatives in the island of Samar to be successful,” Agda said.

Eastern Samar Governor Ben Evardone sees the LPE as an effective approach in dealing with communist insurgents in the countryside, especially after the termination of formal peace talks between the government and the Communist Party of the Philippines-New People’s Army-National Democratic Front of the Philippines (CPP-NPA-NDFP).

Evardone said he wants to replicate the success achieved by local government units in the Davao and Zamboanga Peninsula regions, where a large number of rebels have laid down their arms and availed of government programs under EO 70.

“The occasion today is very fitting since everybody is upbeat [to see] the development of the entire Samar island,” he said, while reaffirming his commitment to the SIPPAD.

Since its implementation in 2019, LPEs have made a significant impact on the peace and security situation of communities in Central Luzon, Davao and Zamboanga Peninsula regions where hundreds of CPP-NPA members have returned to the folds of the law.

Galvez said the LPE is a mechanism that will enable the government not only to directly engage the rebels in peaceful discourse, but also to touch base with residents in communities affected by the armed conflict.

The LPE is being carried out simultaneously using two tracks: community consultation and problem-solving sessions, and local peace dialogues.

Galvez said the Office of the Presidential Adviser on the Peace Process (OPAPP), the co-lead agency together with the Department of Interior and Local Government for the LPE cluster, is carrying out various interventions across the country, with the help of partner agencies and organizations, in order to better respond to issues and concerns affecting residents in conflict-ridden communities.

“Through LPE, we are able to determine the underlying problems of the communities. It also gives opportunities for the people in the communities to be part of the decision-making process on what is best to address the problems in their areas,” the peace adviser said.

Transforming Samar into a peaceful and progressive region

Del Rosario said there is a need to turn the tide of the Samar region from being a place wracked by armed conflict into a peaceful and highly-progressive region.

According to the housing czar, the province of Samar posted the highest poverty incidence in the country in 2018.

“The most serious threat and greatest concern to the region’s security and most notably in Samar island, is the presence of communist insurgency and terrorism,” Del Rosario said.

“Over five decades, the CPP-NPA-NDFP has been a perennial major security concern that hinders lasting peace and progress if our country,” he added.

The lack of sincerity on the part of the communist group during the peace talks led President Rodrigo Roa Duterte to cancel the negotiations and formulate a new strategy to address the root causes of the insurgency problem through EO 70.

Del Rosario said that under the ELCAC, the formulation of the action plan of the Samar region should have a common goal which is “our collective aspiration for the people in Eastern Visayas to attain inclusive and sustainable peace, and prosperity in the region.”

“The objectives shall focus on the delivery of basic services and good governance at all levels of government, empowerment of communities, and facilitate social inclusivity in all government peace initiatives,” he said.

Galvez said OPAPP will continue to implement more peacebuilding initiatives in conflict-prone and conflict-communities in the country such as Samar through the Payapa at Masaganang Pamayanan or PAMANA Program.

For this year, at least 37 PAMANA projects will be implemented in the Samar region. These include farm-to-market roads, potable water systems, and livelihood projects with total funding amounting to Php 30,500,000.

Galvez said the projects will be divided between the three provinces of Samar.

He said that from 2011 to 2018, the PAMANA Program has already allocated at least P4.6-billion worth of projects for Samar.

The PAMANA program has three objectives. These are to address issues of injustices and improve community access to socio-economic interventions; improve governance by building the capacity of national government agencies and local government units for a conflict-sensitive, peace-promoting, culture-sensitive and gender-sensitive approach to human rights promotion and development, and to empower communities and strengthen their capacities to address issues of conflict and peace.

To ensure transparency in the implementation of PAMANA projects in Samar, Galvez said OPAPP will be tapping SIPPAD to help monitor these projects until their completion.

SIPPAD: A platform for convergence

Established in January 2006, SIPPAD is convened quarterly by the Catholic Bishops of Samar Island together with the provincial governors in the region.

The group became a platform for collective action by the church, government and civil society in addressing pressing issues and concerns relative to peace and order, good governance and development and the environment across the Samar Island.

With these PAMANA projects in the pipeline, Governor Evardone said his people are now starting to feel the dividends of peace.

“We can now feel the attention of the national government in the depressed areas,” he said.

The provincial government, Evardone said, will complement the peacebuilding efforts of the national government.

According to him, the provincial government is allocating P50-million to pave access roads, particularly those in the hinterlands.

“Because there is an imbalance of economic activities in rural areas,” he said.

Through these efforts, Evardone said local officials optimistic that the Samar region will finally be able to put an end to the communist rebellion in the area.

“We can address the lingering problem of communism. The whole-of-nation approach is the only way,” Governor Evardone said.