The Maute brothers, the main perpetrators of the Marawi siege, were natives of this remote agriculture municipality. This is the very same grounds where the ISIS flag was first hoisted and  the scene of the initial gun battles between the terror group and government troops.

Three years after the siege, a sense of normalcy now prevails over this laidback town, a three-hour drive from Marawi. Its public market is now teeming with people, while residents walk in a seemingly leisurely pace, something that was unimaginable at the height of the armed conflict.

Assistant Secretary Felix Castro Jr., Task Force Bangon Marawi (TFBM) field office assistant manager, remembered the days when he crossed the fields of this town as a military officer without any fear of being harmed. 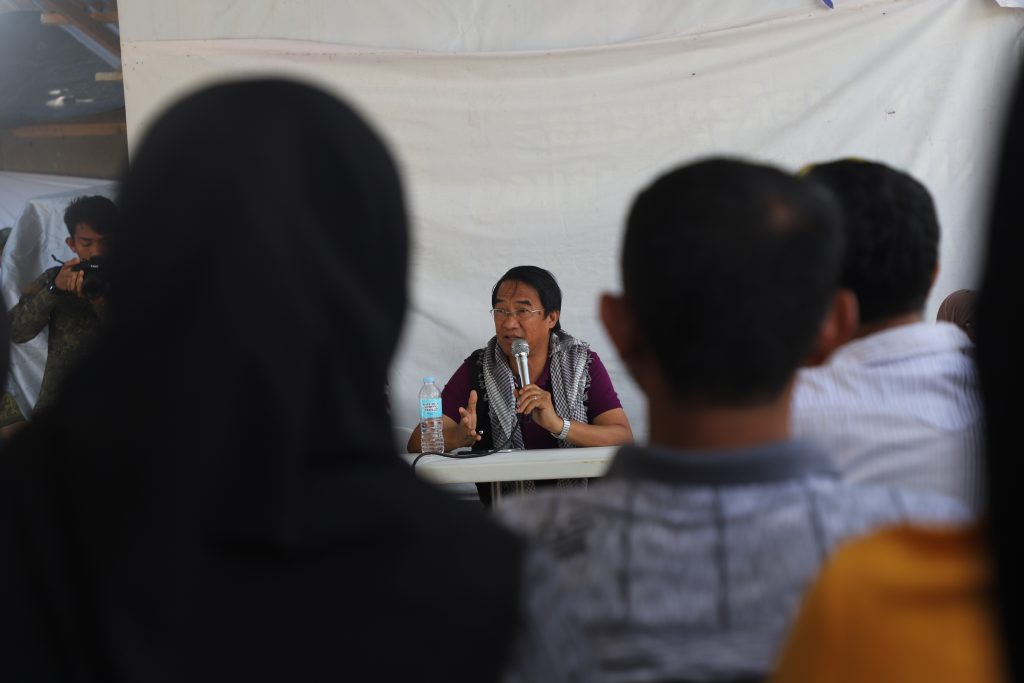 “I’ve eaten in a lot of houses here. I’ve gone to the mountains here. The people of Butig are kind,” shared Castro whose tour of duty in the municipality lasted for almost three years. It was during this time when he befriended the people and developed a strong bond with them.

According to him, it was this sense of belonging that brought him back to Butig. He was joined by representatives of the Office of the Presidential Adviser on the Peace Process (OPAPP), the AFP’s 49thIB and 9thIB, and the Lanao del Sur Provincial Government. 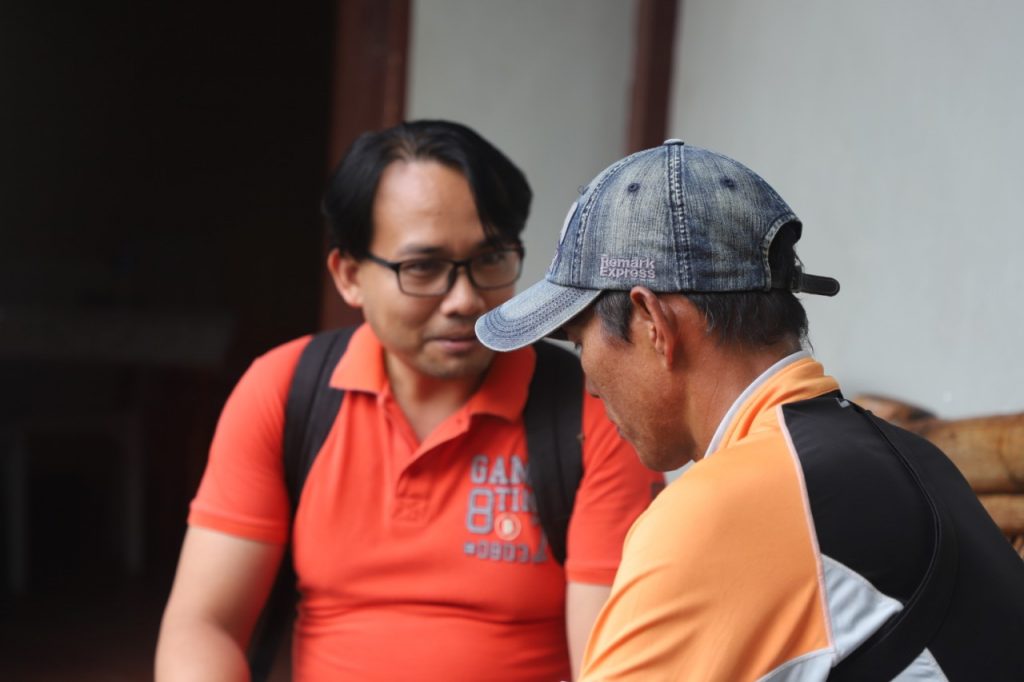 Castro and his team visited the municipality to take part in the Deradicalization and Aftercare Program spearheaded by the 103rd Brigade. The program aims to help Maute-ISIS returnees to successfully reintegrate into mainstream society and live peaceful and productive lives.

“When we talk about preventing violent extremism, we should focus here. This is where it all began,” he said, while highlighting the various issues that still need to be addressed in the community that is still recovering from the effects of the siege.

“Admittedly the government and NGOs are focused on Marawi. I am making an effort to bring them here. Rest assured that we have not forgotten Butig,” Castro said, who is now working closely with the provincial and municipal governments to identify much-needed interventions.

In fact, he has already received several proposals coming from the Butig LGU that aims to create livelihood opportunities for residents. So far, three of these proposals have been approved. Two of them are on abaca farming, while the other one is on coffee production.

“Why are we here? Because the needs of the people are here. If we develop Butig as a whole, everyone will benefit. The surrounding municipalities will also improve. We, everyone, should help each other,” Castro said.

“We need your cooperation. The government will not be able to do its job if you will not cooperate. What we are talking about here is the lives of our children. We need your help for Butig to rise up,” he said.

For his part, Butig Mayor Dimnatang Labay Pansar thanked the TFBM, Armed Forces of the Philippines, Lanao del Sur Provincial Government and OPAPP for the assistance they have extended to his municipality. 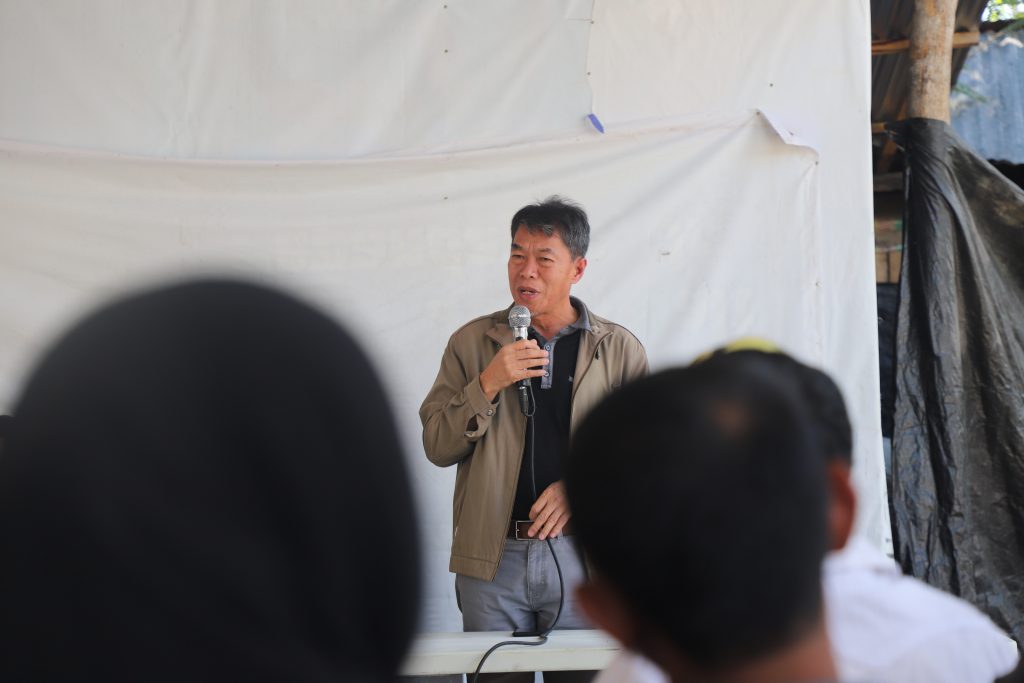 “We are thankful that we now see the determination of the people and other agencies to help each other in the development of Butig,” Pansar said who has also been activity engaging the military, government agencies and NGOs in order to fast track the municipality’s recovery.

He highlighted the vast agriculture potential of Butig, noting that the municipality has more than three thousand hectares of irrigable lands. Once developed, he said these areas will be ideal of abaca and coffee production.

Pan also expressed his full support to the AFP’s deradicalization program but recommended that this should be carried out hand in hand with the development assistance programs for the victims of the siege so that no one will be left behind.

At the same event, James Abdul of the OPAPP Iligan Office facilitated a peace conversation among Maute returnees. The activity is in line with the agency’s annual Duyog Ramadan initiative, which aims to promote social healing and reconciliation among victims of the siege. 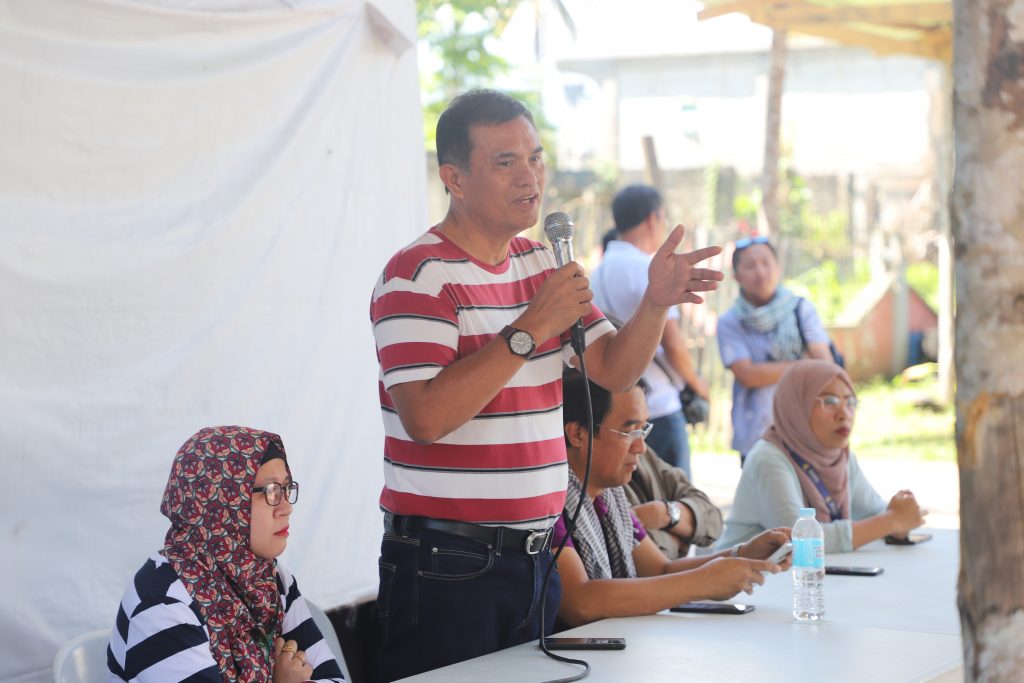 It was the third peace conversation organized by the OPAPP  in collaboration with the 103rd Brigade. The activity’s main objective is to help the rebel returnees surface issues they are confronting in their respective communities.

The initiative in anchored on the national government’s Whole-Of-Government approach wherein all stakeholders are involved in the process to ensure that all their interventions are integrated and bring the best results.

“We would like to take part in your transformation. Therefore, there must be consultations so we will find out what you really need [to help uplift] your lives and that of your families and communities,” Adbul said.

Among the key concerns raised by the returnees was their need for a more sustainable livelihood. They said that their transition to civilian life will be easier if they will be able to have a regular income to support the needs of their families.

Most of them wanted to return to farming, the main livelihood of residents. If given the opportunity, some of them would like to continue their schooling while others would like to set up small businesses.

The invaluable role of women was also highlighted during the conversation. Many of the ex-fighters attributed their decision to turn away from a life of violence to their mothers, wives and sisters.

They are emerging as unsung heroes, who through their interventions, are helping communities recover from the conflict and build back better.

“You will have better lives after returning to the folds of the law. We hope that your effort to move away from a life of violence will continue as we commit to continue supporting you,” Abdul said. ###