MANILA CITY, August 11, 2018 – Presidential Peace Adviser Jesus G. Dureza  urged the people of the Cordilleras to “continue to make noise” in order to get the attention they need for the creation of the Autonomous Region of the Cordillera (ARC).

Speaking at a forum here yesterday, August 10, 2018, with members of the Senate as well as leaders of the Cordilleras, Dureza said the recent passage of the Bangsamoro Organic Law (BOL) can help accelerate the fulfillment of the aspirations of the Cordillerans.

“Let your presence be known and I am sure you will not be ignored because it is your right under the Constitution to have your own Autonomous Region of the Cordillera,” he said.

The forum was organized to drumbeat national awareness and fast-track the passage of House Bill 5343 and Senate Bill 1678 which seek to establish the ARC. 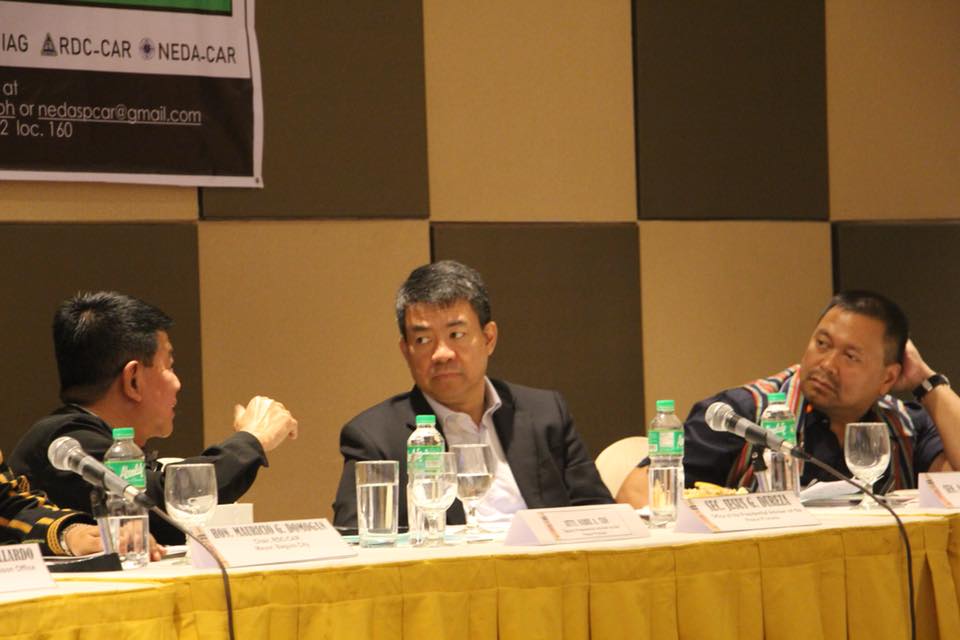 Speaking to the group, Senator Aquilino Pimentel III said the people of the Cordilleras should “anticipate that the bill will be passed.”

“Let us really work on this and in the meantime, let’s conduct a political action at ihanda na natin yung (and let us get ready with the) support mechanism on the ground,” he said.

For his part, Senator JV Ejercito gave assurance that the Senate supports the passage of the law giving autonomy to the Cordilleras.

“Rest assured that our support in the Senate is with the Cordillerans on the passage of its autonomy,” he said.

In a video message played during the forum, Senate Committee on Local Government Chair Juan Edgardo “Sonny” Angara said since the ARC is constitutional, “we will therefore fully support it.”

Initiated by the six Cordillera representatives, House Bill 5343 or the Organic Act establishing the ARC was brought to the House Committee on Local Government in March last year.

Dubbed as the “Cordillera Autonomy Leaders’ Forum with the Senators,” the gathering informed the Senators of the unity of the Cordilleran people in their quest for self-determination as well as the pressing need for autonomy in the region.

The forum was organized by the Office of the Presidential Adviser on the Peace Process (OPAPP), the Institute for Autonomy and Governance (IAG), and the Presidential Legislative Liaison Office (PLLO) in coordination with the Cordillera Regional Development Council (RDC-CAR) and the National Economic and Development Authority (NEDA-CAR). ###