Dureza: BOL to benefit everyone

Magpet, Cotabato, August 13, 2018 — Presidential Peace Adviser Jesus Dureza said the recently-passed Bangsamoro Organic Law (BOL) will benefit not just certain groups or sectors but all those who desire peace and development in Mindanao.

“This (BOL) is not only for the Moro National Liberation Front, the Moro Islamic Liberation Front, and the Bangsamoro people but for all,” Dureza told hundreds of residents gathered here for the 55th anniversary celebration of the Municipality of Magpet.

“There must be inclusivity, not exclusivity,” he said, emphasizing the fact that the historic law, which was signed by President Rodrigo Duterte on July 27, recognizes the diversity and ethnicity of the people of Mindanao, especially the indigenous peoples (IPs).

“We really need to give attention to our Lumads. Each (tribal) group has its own perspective and concerns,” he said, noting that Magpet’s 29 barangays have Lumads in their respective populations. 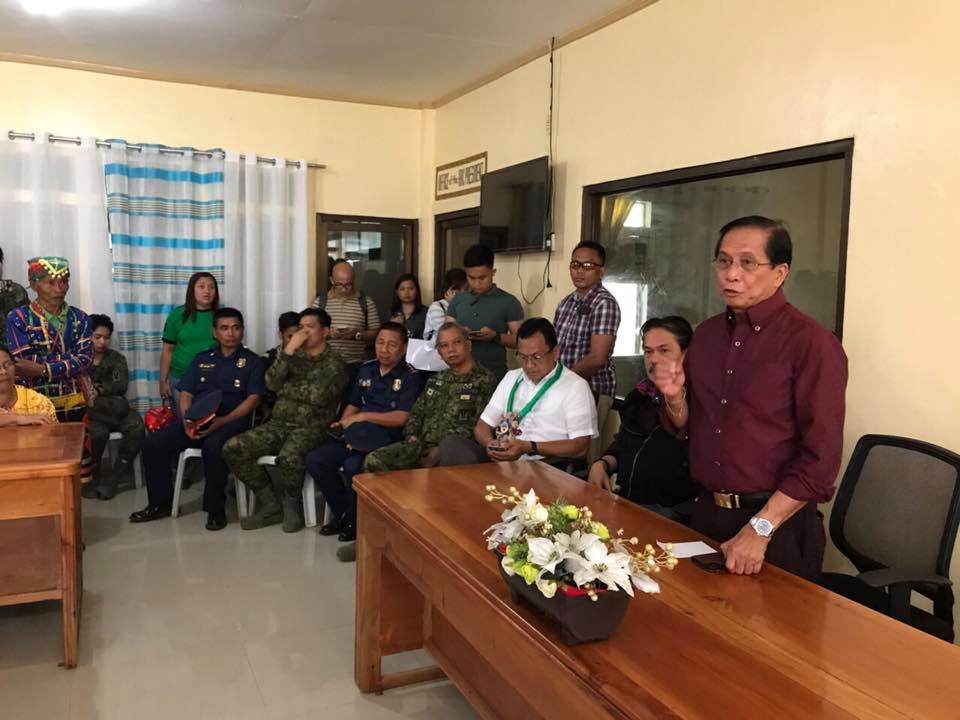 “In our work for peace, we need to give importance to all (stakeholders),” he added.

Dureza said this is the reason why issues confronting Mindanao’s IPs should not be ignored but be decisively addressed by government.

He said working for peace is not an easy task and entails dealing with rebel organizations that have varied and competing ideologies.

Recognizing this reality, Dureza said the current peace and security situation in Mindanao cannot be resolved mainly through military force.

He noted that most of the conflict-affected areas in Mindanao are underdeveloped and poverty-stricken and therefore require a multi-pronged approach.

“We are not only negotiating for peace but also helping to improve the lives of the people,” he said.

Dureza said under the Duterte Administration’s Peace and Development Roadmap, it is crucial not only to sign peace agreements “but also to bring in development.”

He said peace and development should not happen one after the other but should take place simultaneously.

“Peace is needed to sustain development. They must come hand in hand,” he said.

In a separate consultation meeting with members of the Lumad community here, Dureza assured the IPs of the national government’s continued support.

He said this is the reason behind the establishment of the IP Peace Panel which is being headed by Atty. Reuben Lingating.

“You are among the most affected. We are not only here to listen but act on your concerns,” he said.

At the same meeting, Lingating noted that 28 years after the passage of the Indigenous Peoples Rights Act (IPRA) Law, Mindanao’s indigenous peoples still have to enjoy its benefits.

“Twenty eight years have passed but it seems there have been no changes in the lives of the people,” he said.

Lingating challenged the IPs to unite, plan, and work hard towards making their communities progressive.

“There must be convergence. It would be difficult to move on if you don’t have concrete plans,” he said. ###