BABAK, ISLAND GARDEN CITY OF SAMAL – Thirty members of a Bangsamoro fishermen’s group and their families expect to significantly raise their incomes with the help of motorized fishing boats provided under the Payapa at Masaganang Pamayanan (PAMANA) Program.

During the turn-over ceremony of the fishing boats on Friday, January 20, Executive Director Cesar De Mesa of the Office of the Presidential Adviser on Peace, Reconciliation and Unity (OPAPRU), which oversees the implementation of PAMANA, emphasized the importance of the project to the beneficiaries and their communities.

This is the reason, De Mesa said, why the PAMANA Program is focused on implementing interventions that aim to help beneficiaries, particularly farmers and fisher folk, improve the quality of their produce and efficiently transport them to market centers.

Aside from building physical infrastructure and providing livelihood project, the PAMANA Program also seeks to strengthen the “social infrastructure” of communities with social cohesion, conflict transformation and good governance as the cornerstone of its interventions.

Davao del Norte Governor Edwin Jubahib said the provincial government, the city government of Samal and the national government are working hand in hand to uplift the lives of the island-city’s people.

Now equipped with motorized fishing boats, Jubahib said he is confident that the beneficiaries will be able to substantially increase their incomes, and consequently, uplift the living conditions of their families.

“Our commitment is to strengthen our development thrusts on greater livelihood and income opportunities as enshrined in our 13-Point Kuya Gov ng Masa Development Agenda,” Jabahib said.

“We shall consistently give importance to programs and services that will help our constituents become self-independent and self-sustaining, and build a quality life in the province,” he added.

For his part, Samal City Mayor Al David Uy thanked the national government and President Marcos for the livelihood projects provided to the city under the PAMANA Program, as he reminded the beneficiaries to take good care of the motorized fishing boats.

“Let us thank our national leaders, especially President Marcos, for proceeding with this project. My only request to is, take care of these boats and other equipment. If the government sees that you are taking care of these, they will give you more projects,” Uy said in the vernacular.

Meanwhile, Rowel Cervantes, one of the project beneficiaries, thanked the national, provincial and city government for the livelihood assistance given to them.

Cervantes said that the motorized boat equipped with fishing nets will be “life-changing” for him and his family, as it will help boost his current income.

“Naa gyud. Daku daku na man ang panginabuhi nako. Mutaas-taas na (There is. My income will increase,” he said when asked how much he expects to earn using the new fishing boat. ### 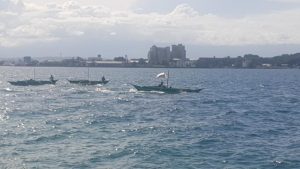 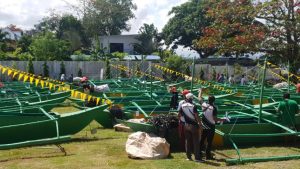 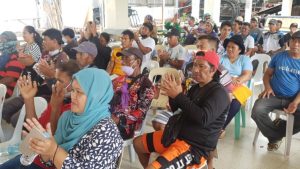 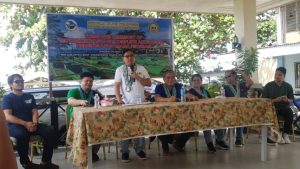 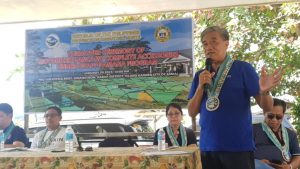 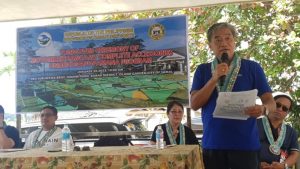 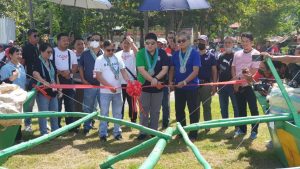 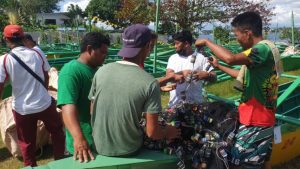 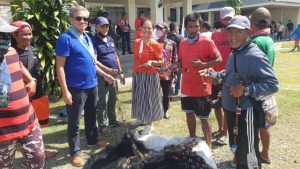 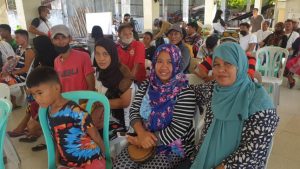 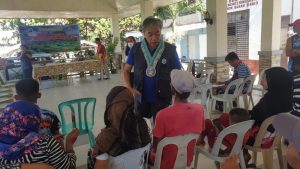 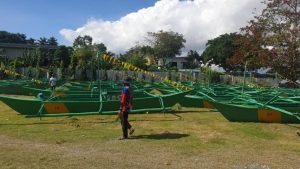 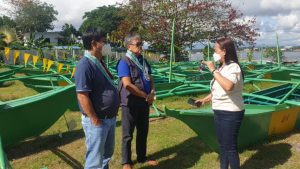 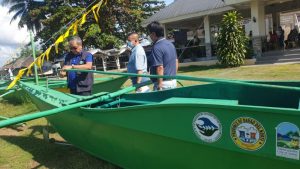