MANILA – Members of the Intergovernmental Relations Body (IGRB) presented their Second Progress report to President Rodrigo Roa Duterte, as they thanked him for fully supporting the Bangsamoro peace process.

“I am thankful for the warm reception of our beloved President Duterte to the delegation of the Bangsamoro Government and the IGR Body, in these last few days of his Presidency, which we consider to be one of the most sincere and facilitative administration, and a friend to the peace process,” said Bangsamoro Autonomous Region in Muslim Mindanao (BARMM) Education Minister and IGRB Co-Chair Mohagher Iqbal during the IGRB’s meeting with the President at the Malacañang Palace on Thursday, 16 June 2022. 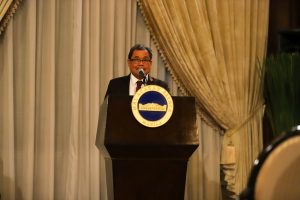 “I can truly and proudly say that he has shown his sincerity in more ways than one with his actions as he fulfilled his promises of supporting the Bangsamoro peace process during his term of office,” Iqbal added.

Dominguez added the President’s strong support to the peace process enabled them “to move in a timely manner towards achieving the ideals set by the Bangsamoro Organic Law.”

“There was always trust and goodwill on both sides during the meetings. The progress made by the IGRB is a true testament to what we all can achieve together through close collaboration and strong partnership,” said Dominguez. 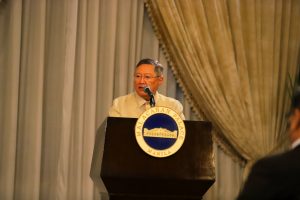 “With this report, we hope to guide the next administration in building on the significant gains we have made and in driving the BARMM’s transition process towards completion. In the remaining days of the Duterte administration, we commit to continue working hard to ensure that urgent pending issues are resolved and the transfer of work for this historic initiative with the new government will be seamless,” he added.

For his part, BARMM Chief Minister Ahod Balawag “Murad” Ebrahim expressed his gratitude to the President for supporting the extension of the region’s transition period.

“We thank our dear President Duterte for his consistent concern for the success of the BARMM, and how we saw it wise to support the move for the extension of the transition period for another three years, to end in 2025,” he said.

“[Y]our marching orders to various government agencies to fully assist the BARMM since day one have genuinely been felt in the continued assistance to the region. Under your term, the IGR Body has buckled up for work and exerted full efforts to address concerns brought before them in order to timely resolve contentious issues,” Ebrahim added. 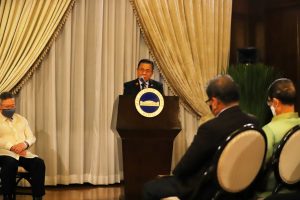 Working amidst the pandemic

Since its first meeting held in 2019, the IGRB has convened ten times, with most of them  conducted during the height of the COVID-19 pandemic.

The creation of the IGRB is provided for under Section 2, Article VI of the Bangsamoro Organic Law (BOL) to coordinate and resolve issues between the two parties through regular consultation and continuing negotiation in a non-adversarial manner.

In its Second Progress Report covering the period December 2019 to December 2021, the body said it was able to address eleven key issues as contained in its First Progress report. 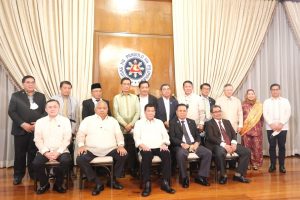 The report also presents in detail the major milestones accomplished by the body which include the turnover of the Cotabato City District Engineering Office to the Bangsamoro Government; signing of Memorandum of Cooperation between the National Commission on Indigenous Peoples and the Ministry of Indigenous Peoples Affairs, which established the framework of partnership between the two institutions; creation of a regional office of the Bureau of Local Government Finance in the BARMM; creation of a Philippine Coast Guard District in the BARMM; transfer of management of Bangsamoro historical and cultural sites; inclusion of BARMM local government units in the Department of Agriculture’s Philippine Rural Development Project and all of its four components; audit of mine operations by the Mining Industry Coordinating Council; and funding of state universities and colleges in the BARMM.

Building on the gains of peace

Presidential Peace Adviser Carlito G. Galvez Jr. lauded the IGRB for its accomplishments, saying that “its steadfast commitment marked with mutual trust, respect, and sincerity contributed largely to the smooth and efficient delivery of services to the Bangsamoro people.”

According to Galvez, the IGRB’s report reflects the fulfilled promise of President Rodrigo Roa Duterte to support and sustain the gains of the Bangsamoro peace process. 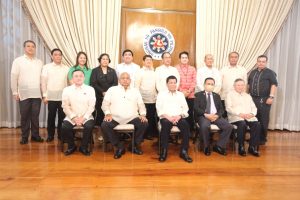 “This report is a manifestation that President Duterte remains committed to bringing lasting and sustainable peace closer to the Bangsamoro people. He stayed true to his promise of honouring all signed peace agreements,” he said. 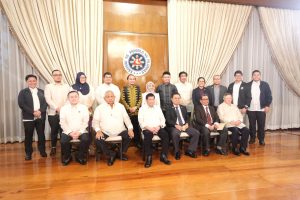 The IGRB is supported by a Joint Secretariat co-headed by Office of the Presidential Adviser on Peace, Reconciliation and Unity (OPAPRU) Spokesperson and Chief of Staff Asec. Wilben M. Mayor and Bangsamoro Attorney-General Atty. Sha Elijah B. Dumama-Alba.

Sustain the peace in Mindanao

President Duterte encouraged relevant government agencies to “continue supporting the BARMM to maintain the genuine, sustainable and long lasting peace we have worked so hard for. We have taken the first step and now we must push forward to ensure this peace will stand against the test of time and give hope to the coming generation.”

“May they continue to exert the same cooperation and goodwill to my successor so that you may continue to build on the gains we have achieved together during my administration,” he added. 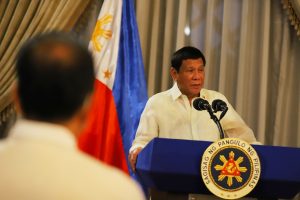 Duterte also commended the body for its hard work, “I congratulate the members of the Bangsamoro Transition Authority (BTA) led by the chief Minister Ahod “Murad” Ebrahim and Minister Mohagher Iqbal and all the members of the IGRB for their dedication to resolve intergovernmental issues,” he said.

“I likewise note the long partnership between the national government and Bangsamoro government to solve issues in the BARMM through our collaborative efforts. We have not only solved and ironed out critical issues in governance but also paired our commitment in upholding human dignity and advancing human welfare in the Bangsamoro,” the President added.###