CITY OF MARAWI (16 October 2021) — President Rodrigo Roa Duterte reaffirmed the national government’s steadfast commitment to rehabilitate this once war-torn city and bring its residents back to their homeland.

“We in government are strongly committed to bring back the city’s glory. And we will continue to foster cooperation among concerned stakeholders so that Marawi will be able to build back better and stronger,” Duterte said during the fourth anniversary of the liberation of Marawi City on Saturday.

“Let me take this opportunity to reassure the people of Marawi that the government is doing its best to expedite the completion of the rehabilitation projects at the soonest possible time,” he added.

Meanwhile, Marawi City Mayor Atty. Gajul Gandamra reminded his constituents to learn from the lessons of the past and appreciate the positive developments that have taken place since the city was liberated. 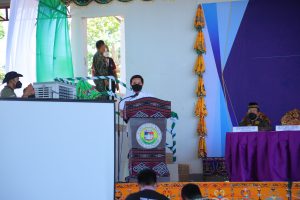 “Marawi City may not be where it is supposed to be right now. The process of picking the pieces has not gone very smoothly but then, we must all bow our heads in humility and gratefulness that the siege is no more,” Gandamra said. 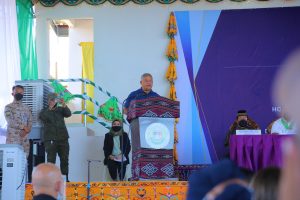 “It is a reminder that so much has been sacrificed to free our city from the clutches of our adversary, and that all of us must never forget that this victory should serve as a motivation, a springboard, for a better future,” he added.

Meanwhile, Lanao del Sur Governor Mamintal A. Adiong Jr., expressed hope that the City of Marawi will return to its glorious days.

“It is my hope that one day, we may all get to see the glory of Marawi once again which has been contributed by the community and reflects the hopes and aspirations of the people. Kinaya natin noong marami pang ibang hamon, at kakayanin natin ang mga susunod pa,” Adiong said.

Task Force Bangon Marawi (TFBM) Chairperson and Secretary of the Department of Human Settlements and Urban Development Eduardo Del Rosario emphasized that the rebuilding of Marawi should go beyond the physical structures, but more importantly, focus on creating a safe and peaceful environment in the city.

“We may have all the infrastructures being built inside the MAA (Most Affected Area) and even outside we are conducting non-infra activities. But at the end of the day, the success is the attainment of the peaceful environment in Marawi City,” he said. 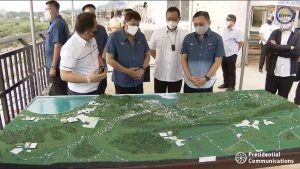 The TFBM is an inter-agency group that was created to oversee the rehabilitation of the City of Marawi.

The Office of the Presidential Adviser on the Peace Process (OPAPP), one of the member agencies of TFBM, has over the past four years carried out various peacebuilding efforts in the city through its Social Healing and  Peacebuilding (SHAPE) Program.

These interventions, which go beyond the physical rehabilitation of the city, aim to promote the principles of peace, mutual understanding and reconciliation not only among the victims of the armed conflict, but also with former violent extremists who have returned to the folds of the law. 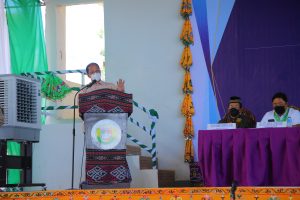 A wreath-laying activity was also conducted earlier in the day to commemorate the 168 soldiers and 114 civilians who lost their lives during the siege. 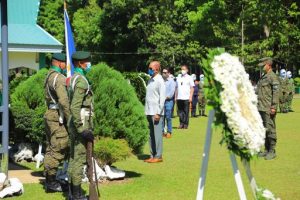 Interior and Local Government Secretary Eduardo Año said that he shared the pain of the Maranaws, as he lauded the Maranaws for displaying the Filipino people’s resiliency in the face of adversity.

“Indeed, the Marawi Crisis became a testament of Filipino heroism, compassion, resiliency and bayanihan spirit. But our victory in Marawi is not for soldiers and police to celebrate, it was for every Filipino to cherish,” Año added. 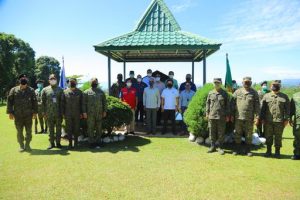 For his part, Secretary of National Defense Delfin Lorenzana, called on the people of Marawi  to help ensure that the siege will never happen again. 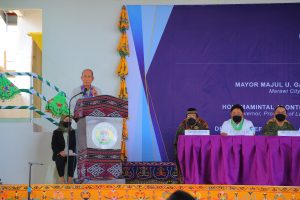 “If there is one lesson that we got from Marawi incident, ang kapayapaan ay hindi lang po problema ng pulis at saka militar. Mas malaki ang papel ng mga sibilyan. It is the duty of the citizens to work hard for the peace of their areas dahil hindi laging nandyan ang mga pulis. Hopefully, this incident will not happen here or in other areas,” Lorenzana said.