NAIA TERMINAL 3, PASAY CITY — More Filipinos will soon get the anti-COVID jab following the arrival on Saturday, May 8, of more than 2 million doses of AstraZeneca vaccines from the COVAX facility.

National Task Force against COVID-19 Chief Implementer and vaccine czar Secretary Carlito G. Galvez, Jr. said the vaccine supply arrived on time as more than 500,000 healthcare workers, who were given their first shot using the initial supply of AstraZeneca vaccines last March are due to get their second dose in the coming weeks.

“These vaccines will be deployed immediately nationwide. More than half a million will be set aside for the second shot of our healthcare workers that were already inoculated across the country. The rest will be distributed to different areas prioritizing high risk areas,” said Galvez.

The vaccine czar emphasized that the latest supply is still intended for priority groups A1 to A3 (healthcare workers, senior citizens, and persons with comorbidities) since the doses were sourced from the COVAX facility.

Vaccine supplies coming from the COVAX facility are donated vaccines and recipient countries of these doses must follow the priority sector list approved by the World Health Organization-Strategic Advisory Group of Experts (WHO-SAGE). 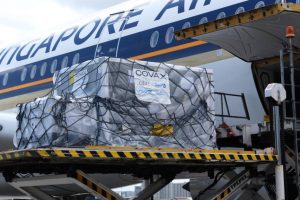 With the steady arrival of the government’s vaccine orders, Galvez said the country can further accelerate the implementation of the National Vaccination Program by covering a wider segment of the population.

“We set out to vaccinate 70 million Filipinos this year against COVID-19, so that we can achieve herd immunity. This is why at the very beginning, we pursued a portfolio strategy in the procurement of vaccines, so that we will have many options, and now, this strategy is paying off,” Galvez said.

“The continuous supply of vaccines in the country is instrumental in providing an additional layer of protection against COVID 19 and certainly paving the way toward realizing our shared vision of national as well as global recovery,” said IATF Chair and Health Secretary Francisco Duque III. 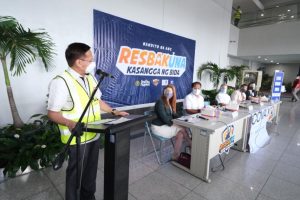 Today’s arrival of the 2,030,400 AstraZeneca vaccines comes a day after the country received 1.5 million Sinovac doses it procured, and less than a week after it got an initial 15,000 doses of Sputnik V vaccines from Russian Direct Investment Fund (RDIF).

“These AstraZeneca vaccines will likewise enable our country to scale up its vaccination rate to around 120,000 individuals per day in the National Capital Region, and 500,000 persons per day throughout other parts of the country in the coming months,” Galvez said.

By June, the bulk of the AstraZeneca vaccines procured by local government units is expected to arrive, and significantly increase the daily vaccination rate across the country.

“Right now we are only vaccinating categories A1 to A3, but when the bulk of the vaccines start arriving in June, then we can begin vaccinating our economic frontliners and our indigent population, who belong to categories A4 and A5, respectively,” Galvez said.

Meanwhile, WHO Representative to the Philippines Dr. Rabindra Abeyasinghe commended the Philippine government for its “extraordinary accomplishment” in implementing its immunization program. 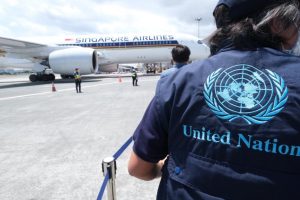 He lauded the government as well as the country’s healthcare professionals, as more than two million Filipinos have already been inoculated since the arrival of the first batch of anti-COVID 19 vaccines in the country.

“We acknowledge the government of the Philippines for its strong leadership throughout the response… and gratitude to the dedication of Philippine healthcare workers,” he said.

The vaccine czar also acknowledged the efforts being carried out by local government units in partnership with the private sector, which are providing a major boost to the nation’s vaccine program

Among these initiatives, Galvez said, is the setting up of drive thru vaccination sites by different local government units. He said the national government is also preparing a similar vaccination hub at the Nayong Pilipino.

He also said that with the rainy season fast approaching,  the Task Force welcomes the use of malls, hotel ballrooms, and other private sector-owned properties as vaccination sites.

“We are pushing for places that are concrete and in undisturbed locations as vaccination areas. What we are after is sustainability, accessibility, and convenience of the public,” Galvez said. 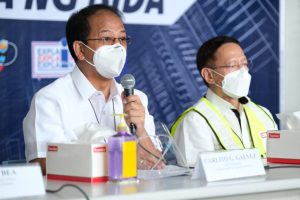 He noted that LGUs in Metro Manila have already opened these types of vaccination centers. Some of them were set up in partnership with mall owners, which can accommodate one to two thousand individuals at a time.

“LGUs and the private sector are demonstrating that they are key partners of the national government, as we move closer to our goal of building our nation’s herd immunity and putting an end to this pandemic,” Galvez said.