Galvez made this remark after witnessing the arrival of 299,520 doses of U.S-donated Pfizer-BioNTech vaccines through the COVAX facility, which are intended for individuals 12-year-old and above.

“This represents the U.S and other allies [desire] to continue to help us. And I thank the U.S. for committing themselves and not forgetting us during this pandemic from the first time that we met. Now, this will be our last donation to be received during the Duterte administration and it only shows the support of the US and other allies to the next government,” Galvez said.

“We really thank you for your generosity and kindness. We will always remember and we will never forget,” he added.

According to the vaccine czar, this fresh shipment is a symbol of the United States’ continued commitment to help boost the Philippines’ national vaccination program and overall pandemic response efforts.

Since the rollout of the vaccination program, Galvez international development partners such as the United States, World Health Organization (WHO), Gavi, and the United Nations Children’s Fund (UNICEF) have helped ensure the steady arrival of these vaccines.

Galvez said about 17 million more COVID-19 jabs from COVAX are expected to arrive in the country in the coming months, as the facility has also committed to replace the expired vaccines.

“Tuloy-tuloy ang supporta lalo na ang expired vaccines, papalitan nila. And we are thankful for that generosity,” he said. 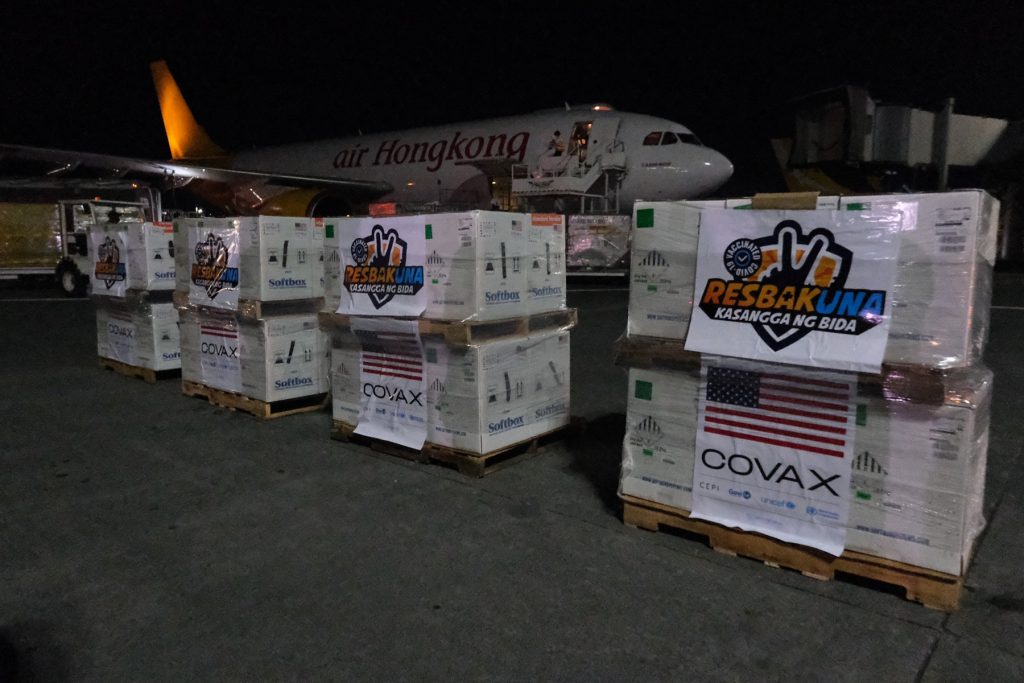 Meanwhile, US Embassy Chargé d’Affaires Heather Variava thanked Galvez, the Department of Health, Health Secretary Francisco Duque III, and the Inter-Agency Task Force on Emerging Infectious Diseases (IATF-EID) for the great partnership over the past year.

“The United States, the Philippines, and COVAX have been working together for more than a year now to bring safe and effective vaccines to the Philippines. Even though we’ve done a good job of getting a lot of people vaccinated, COVID is still with us. We still have to take our vaccines,” Variava said.

“We look forward to continuing that work with the incoming Marcos Administration because COVID is still with us and we still need to fight,” she added.

Based on data from the National Vaccination Operations Center (NVOC) as of June 26, the country has administered 154,132,506 vaccine doses, of which 70,358,612 Filipinos are now fully vaccinated, while 75,216,510 individuals have received the first dose.