PASIG CITY — The Philippines’ international peace and development partners reaffirmed their strong support to the implementation of the Normalization Program of the Comprehensive Agreement on the Bangsamoro (CAB) during the launch of the Bangsamoro Normalization Trust Fund (BNTF) Wednesday, May 19. 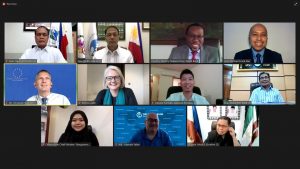 Specifically, the fund aims to ensure that assistance from international donor agencies and other peace partners will be released with efficiency, transparency, and accountability.

The launch was hosted by the World Bank, the BNTF’s official fund manager.

“We are honored but also committed to play this role (as Fund Manager) professionally, with a strong sense of purpose and with a strong spirit of collaboration,” said World Bank Country Director Ndiamé Diop. 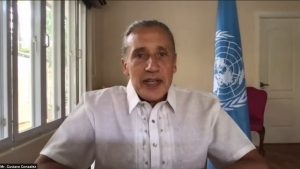 According to United Nations Resident Coordinator in the Philippines Gustavo Gonzales, the trust fund is a “concrete way of reenergizing collective hope for sustainable peace” in the region.

Swiss Ambassador to the Philippines Alain Gaschen noted that the launch of the trust fund is a step “towards peace, justice, and reconciliation in the Bangsamoro.” 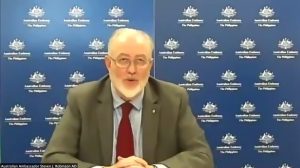 “Through the years, Canada has supported efforts to address peace and development in the Bangsamoro and will continue to do so. We are committed like others to sustaining these efforts to its ultimate success,” MacArthur said.

Embassy of New Zealand Representative Jocelyn Ng pointed out that the BNTF “amplifies the existing partnerships between the international community and the Government of the Philippines and the Bangsamoro Transition Authority. We are strong believers of the peace process and the Bangsamoro Normalization Process.” 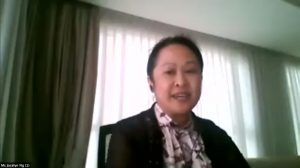 Speaking on behalf of the Delegation of the European Union (EU) in the Philippines, Christoph Wagner expressed the EU’s intention to contribute to the BNTF. 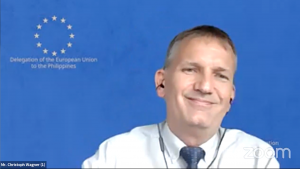 “European Union is happy that we will contribute to this fund. This is part of our overall pledge with our long-standing engagement in this peace process — both the political side and the normalization side,” he said.

The Special Envoy of Secretary General for Organization on Islamic Cooperation for the Peace Process in the Southern Philippines, Datu Ibrahim Abdullah affirmed the organization’s support to the Bangsamoro peace process.

“OIC wishes to reaffirm its strong and continuous support to the comprehensive peace process, which will be mutually beneficial not only to the region of Southern Philippines but the Philippines as a whole,” Abdullah said.

“OIC would be pleased to continue to work with all parties in all possibilities as we have done in the past,” he added.

In 2016, both parties signed the terms of reference in preparation for the establishment of the BNTF.

The GPH-MILF Implementing panels signed the operational guidelines of the fund in 2017, and named the World Bank as its Fund Manager in 2019. 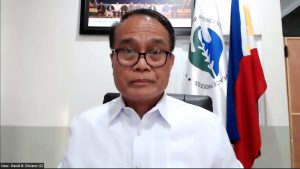 In his remarks, GPH Peace Implementing Panel Chair for Bangsamoro Peace Accord Office of the Presidential Adviser on the Peace Process (OPAPP) Undersecretary David B. Diciano, underscored the importance of the BNTF in pushing forward the GPH-MILF peace process.

He said that the fund’s launch demonstrates the parties’ commitment to sustaining the gains of peace and achieving the objectives of the Normalization Program. 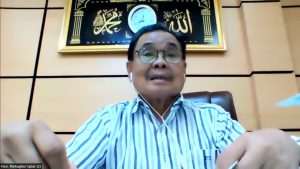 “This trust fund shall serve as an appropriate and transparent mechanism to accomplish the overarching goal of normalization. It shall support context-specific and strategic development programs for the decommissioned combatants, their families, and conflict-affected communities, including acknowledged camps,” Iqbal said.

In his keynote speech, Bangsamoro Autonomous Region in Muslim Mindanao (BARMM) Chief Minister Ahod B. Ebrahim expressed the BARMM government’s commitment to support the goals of the BNTF. 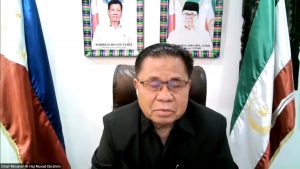 “With the help of our dear friends from the World Bank, we make sure that the purpose of the Bangsamoro Normalization Trust Fund is fulfilled and that we get to coordinate and oversee delivery of assistance from international partners and other donors to make sure that this track becomes a success,” he added.

In his remarks, Presidential Peace Adviser Carlito G. Galvez Jr., explained that the BNTF’s implementation strategy is guided by the GPH and the MILF’s direction to ensure the “genuine participation of all partner-beneficiaries” such as women, men, youth, widows, orphans, amnesty grantees, IPs, PWDs IDPs, and the elderly. 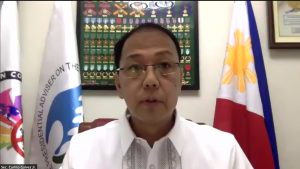 “This approach will ensure that no Bangsamoro – regardless of religion and culture – will be left behind,” Galvez said.

The peace adviser also expressed the national government’s gratitude to local and international peace partners for their invaluable contribution to the Bangsamoro peace process.

“The implementation of the agreements contained in the Bangsamoro peace process requires a whole-of-government, a whole-of-nation approach. This is why we are thankful to our national and local partners, CSOs, development organizations, and other stakeholders for your active participation in all aspects of the Bangsamoro Peace Process,” Galvez said. 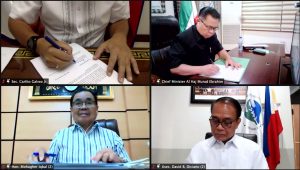 “We hope that our international and the local peace partners will continue to support the 6-Point Peace and Development Agenda of the Duterte administration, particularly the implementation of the CAB and the Program for Normalization,” he concluded. ###