“The implementation of these measures under the Comprehensive Agreement on the Bangsamoro (CAB) is a joint responsibility of our governments. It is this ‘jointness’ which makes the relationship between our governments special. This is why we are focused on further strengthening this partnership, as we adapt to the ‘new normal,” Galvez added.

The Normalization Track has four components. These are 1) security (2) socio-economic development, (3) confidence-building measures, and (4) transitional justice and reconciliation. 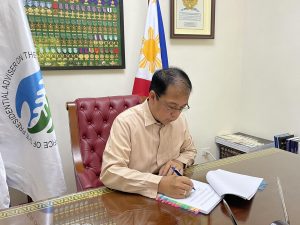 Collaborative efforts for meaningful transformation in the Bangsamoro

On Tuesday (April 27), the Office of the Presidential Adviser on the Peace Process (OPAPP) and the Bangsamoro Autonomous Region in Muslim Mindanao’s (BARMM) Ministry of Basic, Higher, and Technical Education (MBHTE) have forged a Memorandum of Agreement for the implementation of PhP 146.8 million worth of education programs in the BARMM.

Under the MOA, OPAPP shall provide funds amounting to PhP 146.8 directly to the BARMM upon the signing of the agreement and the completion of pre-project implementation documentary requirements.

According to Ariel Hernandez, co-chair of the Joint Normalization Committee (JNC), the provision of these funds to the Bangsamoro government “is a testament of the national government’s commitment to the full implementation of the normalization track.” 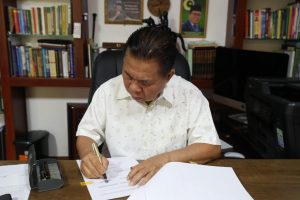 Under the MOA, MBHTE has committed to provide assistance to higher education institutions (HEIs) and government agencies to ensure accessible quality education in the BARMM.

Diciano stressed that the GPH Peace Implementing Panel, together with its peace partners, “must continue to work relentlessly to deliver all commitments under the CAB.”

“The implementation of the educational assistance through the BARMM MBHTE is just one of the many follow-through interventions that we have implemented for the decommissioned combatants after they received the transitional cash assistance amounting to PhP 100,000 each,” he added.

OPAPP and the MBHTE will determine the program beneficiaries and target areas for the said education projects. 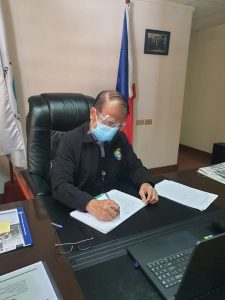 The BGIAHEP is among the key programs to be rolled out in support of peacebuilding efforts in the Bangsamoro.

BGIAHEP is a comprehensive package of benefits which include a subsidy for tuition and other school fees for semester and summer classes, monthly stipend, book allowance, and learning support, among others.

This intervention falls under the socio-enonomic component of the Normalization track. 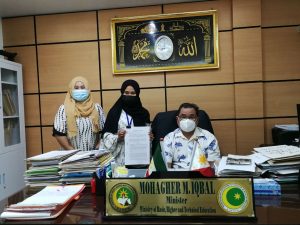 Gains of other components of Normalization Track

The national and Bangsamoro governments, through the GPH-MILF Peace Implementing Panels, continue to carry out cross-cutting measures that are helping former combatants and their families make the transition to mainstream society, while ensuring peace and security in the region.

According to OPAPP Dir. Wendell Orbeso, head of the government’s Joint Normalization Committee (JNC) Secretariat and the CAB Implementation Department, the JNC, through the Inter-Cabinet Cluster Mechanism (ICCMN), has been looking for ways to pool much-needed government resources in order to implement these programs in Bangsamoro communities.

“Despite the challenges we are facing now, our relations with our institutional partners has continued to strengthen as we transition to the ‘new normal.’ Our partners are fully committed to supporting our programs and agree that these measures must be carried out using a holistic and integrated approach,” Orbeso said.

The National Task Force for the Disbandment of Private Armed Groups (NTF DPAGs) has spearheaded the disbanding of six private armed groups operating in Mindanao.

OPAPP Assistant Secretary Atty. Wilben Mayor underscored that the TJR roadmap “is a living document that is intended to guide government programs and interventions on TJR and a set of deliverables that can realistically be started and achieved within the Duterte administration.”

“Through the implementation of these initiatives, the Duterte Administration is demonstrating its steadfast support to the Bangsamoro peace process by fulfilling its commitments under the CAB, and helping build a brighter future for the Bangsamoro people,” Galvez said. ###