“This is a very timely activity. The role of Armed Forces of the Philippines (AFP) is crucial in the implementation of the Comprehensive Agreement on the Bangsamoro signed by the Government of the Philippines and the Moro Islamic Liberation Front,” First Infantry Division Chief of Staff, Col. Benjamin Batara Jr. stressed  the timeliness and relevance of the IEC forum in light of the AFP’s greater involvement in Normalization Track’s implementation.

Batara, whose command covers half of Western Mindanao including critical areas of Lanao, said the implementation of the Normalization Track is very crucial to improve the region’s peace and order condition.

“The AFP has played a critical role in the implementation of ceasefire agreement due to the organisation’s vast experience in dealing with different hostile and provocative acts which may arise at any stage of the peace process,” said Mayor, who is also the spokesperson of the Office of the Presidential Adviser on the Peace Process (OPAPP).

“Through our robust partnership, we were able to achieve our collective vision, and that is, for the Bangsamoro Region to achieve greater political and fiscal autonomy, while recognizing and preserving its people’s distinct cultural and historical identity,” he added.

“I believe that all of our peace initiatives have succeeded because of your organisation’s continued support and commitment,” he told officers and personnel coming from the Armed Forces of the Philippines’ battalion and brigades, S2, S3, and commanders under the 1st Infantry (Tabak) Division. 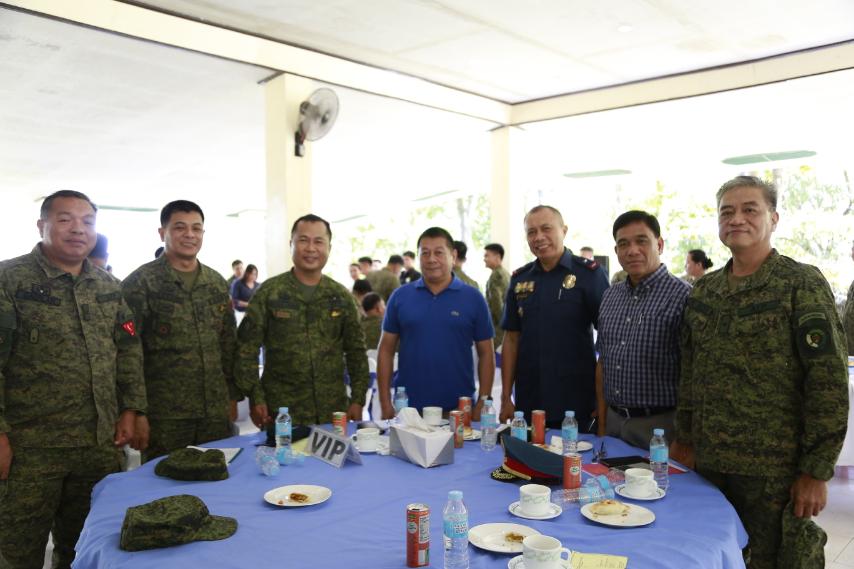 The forum is part of a nationwide IEC campaign being conducted by the GPH Implementing Panel among its peace partners and other stakeholders to apprise them of key developments on the GPH-MILF peace process.

This campaign is being carried out as the 2nd phase of decommissioning of MILF-Bangsamoro Islamic Armed Forces (BIAF) members goes into full swing across Mindanao.

Last September 7, President Rodrigo Roa Duterte witnessed the decommissioning of 1060 MILF-BIAF members and 920 of their weapons which shall be put beyond use.