CAMP ABUBAKAR, BARIRA, MAGUINDANAO (July 5, 2019) — More than 300 are seated inside a community center here which was perhaps designed for not more than a hundred.

Despite the heavy downpour, the crowd, with some of them standing under the rain, eagerly awaited as the guests arrived and settled down at the makeshift stage. A burst of applause erupted as the emcee wearing a crisp, camouflage uniform acknowledged each of them.

The visitors are members of the Government of the Philippines Implementing Panel who came in full force. They traveled for more than two hours from Cotabato City – passing through rough terrain, wooden bridges and winding, one-lane roads – to reach the historic camp.

The panel was headed by its chair and Office of the Presidential Adviser on the Peace Process (OPAPP) Undersecretary Gloria Mercado, Chief-Of-Staff David Diciano, Assistant Secretary Dickson Hermoso and panel member Ariel Hernandez. 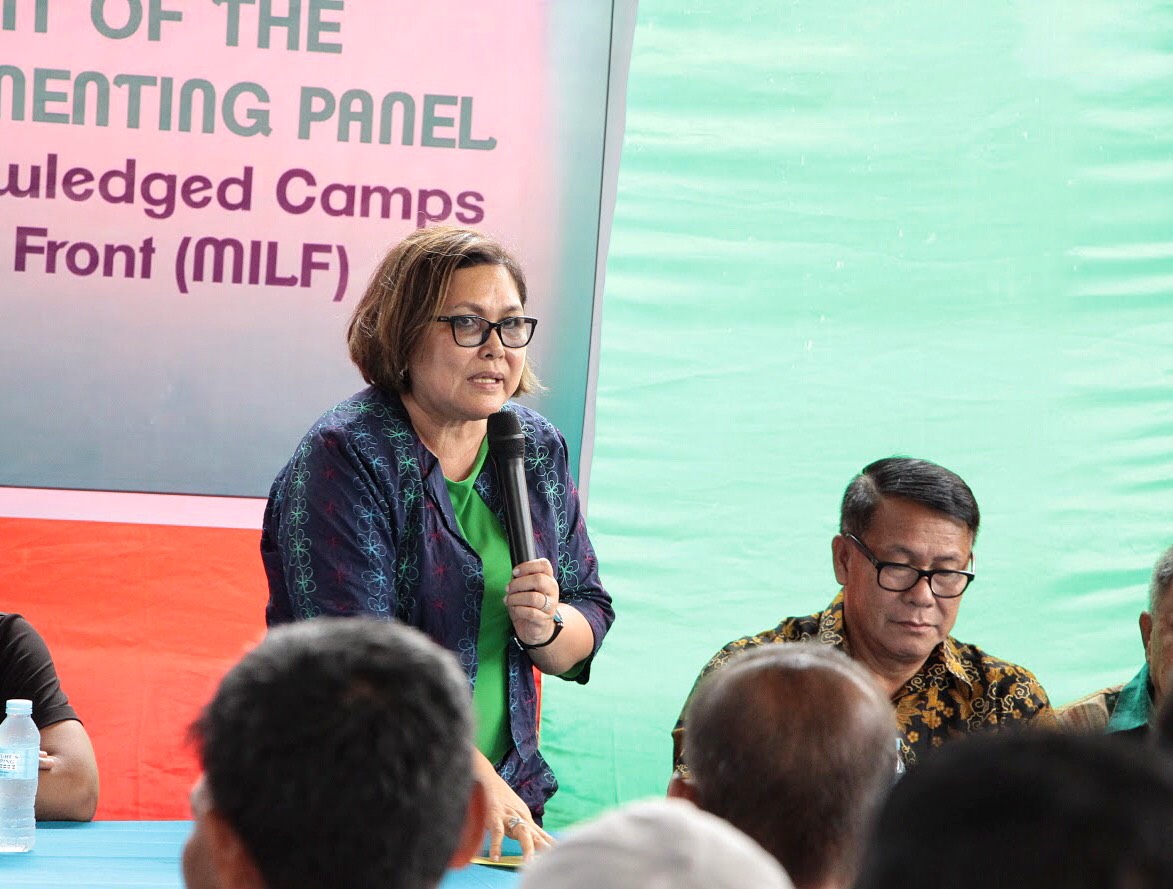 Mercado said the panel was directed by no less than Presidential Peace Adviser Carlito G. Galvez Jr. to conduct the camp visits. The panel has already made similar visits to camps Bilal and Busra in Lanao del Norte and Lanao del Sur.

“We were instructed by our secretary to visit all the camps before finalizing all these plans which are designed to transform your camps into peaceful, progressive and resilient communities,” she said.

For his part, Hermoso, a former army colonel, recalled the more than four decades of armed conflict between the government and the Moro fronts which resulted in the destruction of numerous communities and claimed the lives of thousands of innocent civilians.

“How many lost their husbands? How many were orphaned? For the past 44 years, you have sadly been left behind,” he said. 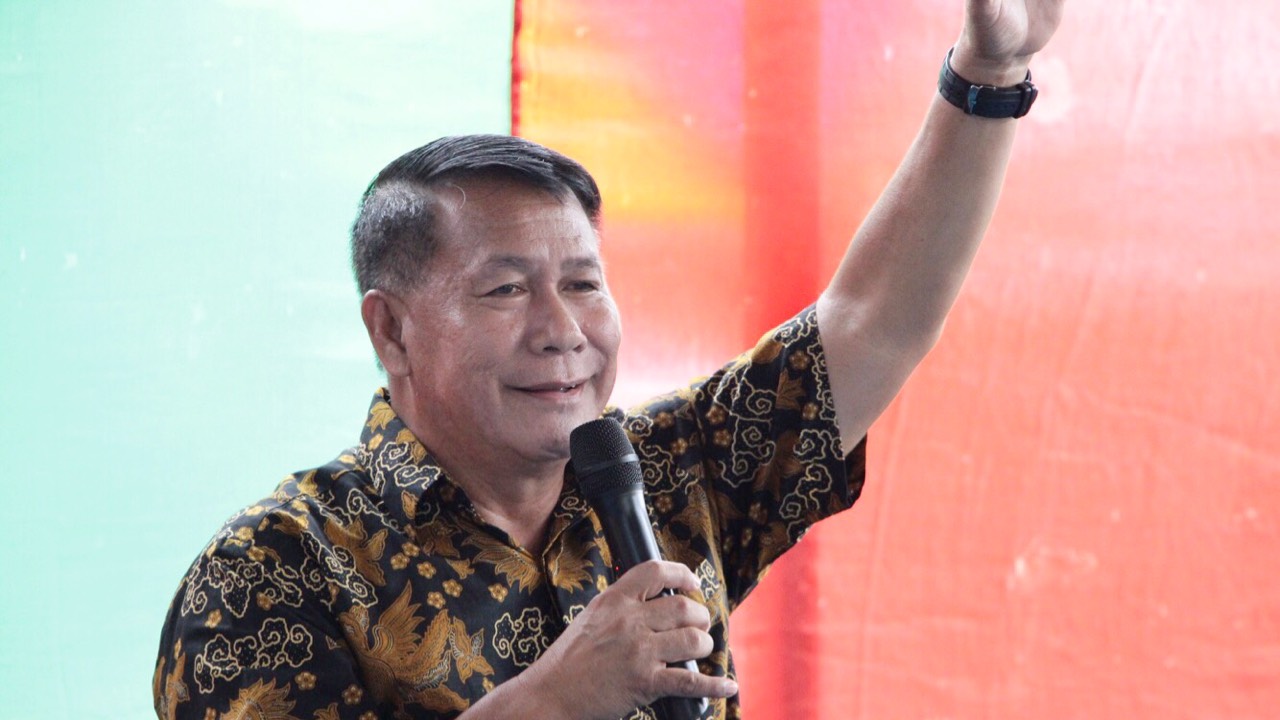 Hermoso said the “all-out war” in 2001 wherein Camp Abubakar became the main battleground was a dark chapter in the Bangsamoro people’s history. Everything, however, turned around after the signing of the Comprehensive Agreement on the Bangsamoro (CAB) in 2014.

He said the JPSTs will be composed of soldiers, policemen and members of the MILF’s Bangsamoro Islamic Armed Forces (BIAF). This teams will serve until the new Bangsamoro transition government ends its term in 2022.

Hermoso said that once the BIAF members have fulfilled their duties with the JPSTs, they will then transition into livelihood activities. As part of the process, they will be profiled to determine who among them can work as farmers, fishermen, students or entrepreneurs.

“You will all have work. There will be socio-economic programs available so all of you can earn a living,” he said.

“We are no longer counterparts but peace partners. Let us all move forward to a brighter future,” Hermoso said.

Meanwhile, Panel member Mr Ariel Hernandez said the first phase of the decommissioning process for the ex-fighters will officially start on September 7 of this year and will end by around March the following year.

He said a key component of the process are the socio-economic and education packages to be provided to the former combatants and their families.

“The key to ending poverty is education. This is the reason why the government is providing significant funds for education under the Normalization track,” Hernandez said.

He also emphasized the need for the decommissioning process and camps transformation to be carried out simultaneously.

Hernandez said the initial initiatives of the Joint Task Force on Camps Transformation included exposure tours for MILF-BIAF front and base commanders.

“This is what we call modelling. We want them (commanders) to see what is happening outside the camps,” he said, adding the participants of these tours can apply what they have learned when they return to their respective camps.

Hernandez also underscored the need for members of the community to be an integral part of the planning and implementation process, particularly in the crafting of development plans for their respective camps.

“When we plan, the community should always be involved. Outsiders shouldn’t do [all] the planning for you. You should take the lead on this,” he said.

“No one will be left behind. All of us will be working together. We now have a bright future ahead of us,” Hernandez said.

In the meantime, Diciano said he had seen in the former warriors their desire for genuine peace and sustainable development.

“Let us put together our efforts so that we can put an end to all the bad things that have happened. Let us plan well so that development will be sustainable and will benefit all,” he said. ###