LABO, Camarines Norte, October 5, 2018 – The Office of the Presidential Adviser on the Peace Process (OPAPP) lauded the local and national government for working together to implement projects that benefit their constituents in conflict-affected areas.

(When the national and local government unite, there is success and services will surely be delivered).

Vizconde added that these projects are aimed towards contributing to government’s goal of just and lasting peace in the country by means of developing interventions to isolated, hard to reach, conflict-affected and conflict-vulnerable communities.

(PAMANA’s objective is to reach areas that have not been reached by other national government agencies).

From hardship to relief

(It used to take two weeks to harvest a one-hectare land in the past. Now we can do it in one day).

Bellen said the machinery will improve the quality and quantity of their rice harvest.

(Not only we can save up during harvest, we can also prevent rice from being damaged by heavy rains). 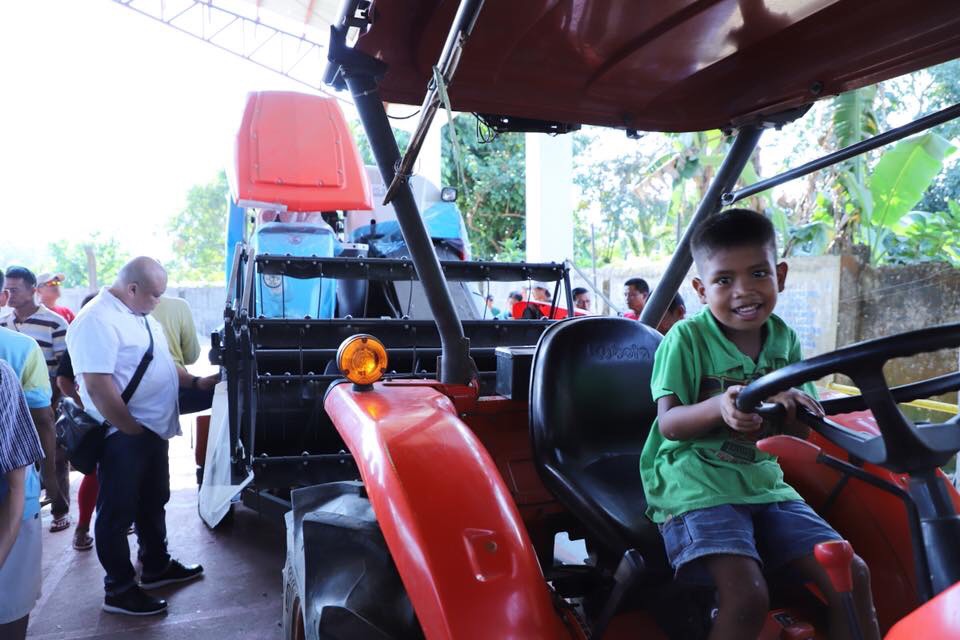 For her part, Mahawan-hawan barangay chair Rebecca Canaria recalled the difficulty of the farmers due to the unpaved road that is muddy during rainy season.

(Their produce were not immediately transported to markets because tricycles were having difficulty accessing the road. Vegetables got spoiled in storage).

(They were only earning half of the original price because of unreleased produce. Sometimes, they would not even earn anything).

Canaria said the concreting of their road solved this problem.

(Now, farmers can transport their produce. The problem has been solved and they can sell at the right price).

(These national government programs under OPAPP are a huge help to the farthest barangays. With our partnership, they now realize government is indeed there to help them). ###