DAVAO CITY–In order to find a long-lasting solution to the decades-long rebellion in the country, there is a need to first address the roots of the armed conflict.

This was underscored by Presidential Peace Adviser Jesus Dureza during the 13th Mindanao Island Conference held at the Waterfront Insular Hotel, this city.

“The work for peace is not solely through negotiations with the other side. You have to address the root causes why people rise up against the government,” Sec. Dureza told the more than 200 provincial board members from across the country attending the conference.

He pointed out that negotiation with the various rebel groups “is only a small part” of what the national government is currently doing to push the peace process forward.

“[Formal talk] is only one of the paths to peace,” Sec. Dureza said, as he stressed that what is crucial is “providing support” for those “who are feeling excluded” and “who also [want] to have a part of what others are benefitting [from].” 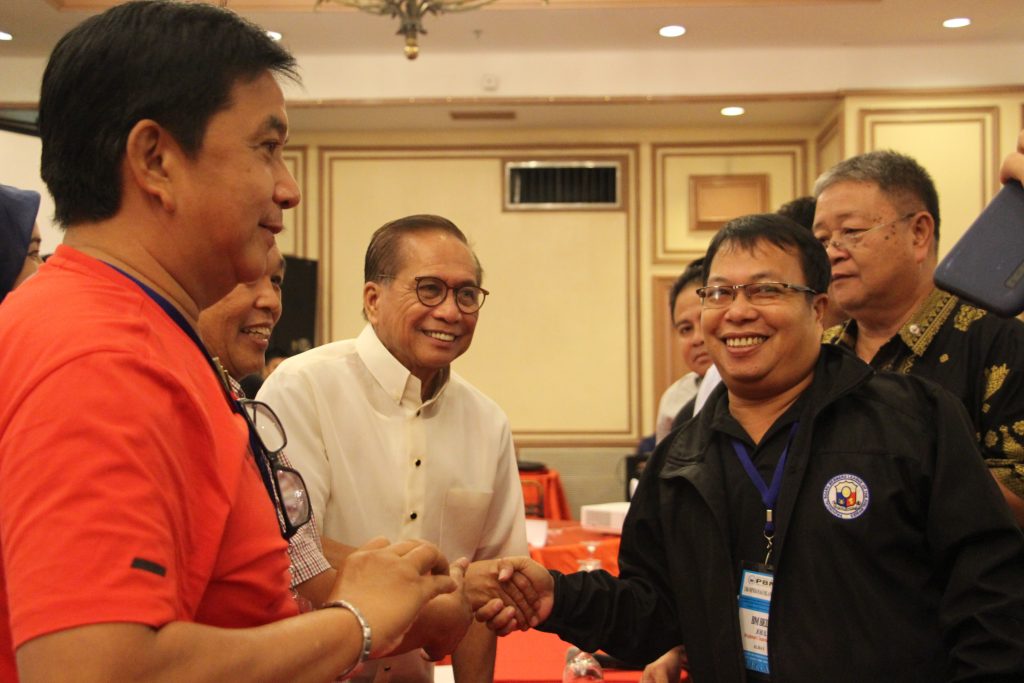 The Peace Adviser likened the peace process to the “chicken and egg” dilemma which begs the question of what should come first – peace or development.

“They say that there is no peace because there is no development” and vice versa, Sec. Dureza said, but quickly added that “Both must be done simultaneously.”

According to him, “we should not wait for agreements to be signed”, and focus on “attend[ing] to the needs of the people on the ground.”

Sec. Dureza pointed out that peace agreements “raises the expectations of people,” such as what happened during the signing of the final peace accord between the Philippine government and the Moro National Liberation Front (MNLF) in 1996 and the forging of the Comprehensive Agreement on the Bangsamoro (CAB) in 2014.

The signing of agreements, he said, should “not be the end all” of the peace process, as he challenged the delegates to the conference to craft legislation “that would respond to the needs of the people.”

“If we don’t respond, there will be unrest [and] dissatisfaction. They will look at government as unresponsive,” Sec. Dureza noted.

He explained that this is the reason why the national government is engaging the “larger peace table” which is the general public, as this is a more holistic and sustainable approach to peace-building.

Sec. Dureza emphasized that there must always be “inclusivity” in the peace process.

“People must not feel alienated. You will create discontent and unpeace if you only take care of those who fight the government. They (people) will feel dissatisfaction,” he said.

Sec. Dureza added: “There should be sensitivity and inclusivity [in the peace negotiations]. We must [always] put a peace lens to our projects.” ###