Statement of Presidential Peace Adviser Jesus Dureza on his meeting with President Duterte regarding updates on the peace process with some Cabinet members, including Secretaries Silvestre Bello III, Liza Masa, Judy Taguiwalo, and Rafael Mariano at Malacañang

We met with President Duterte until late last night and discussed the directions and possible next steps in our peace engagements with the Communist Party of the Philippines/New People’s Army/National Democratic Front (CPP/NPA/NDF), the Bangsamoro, the Cordillerans, and the other stakeholders. 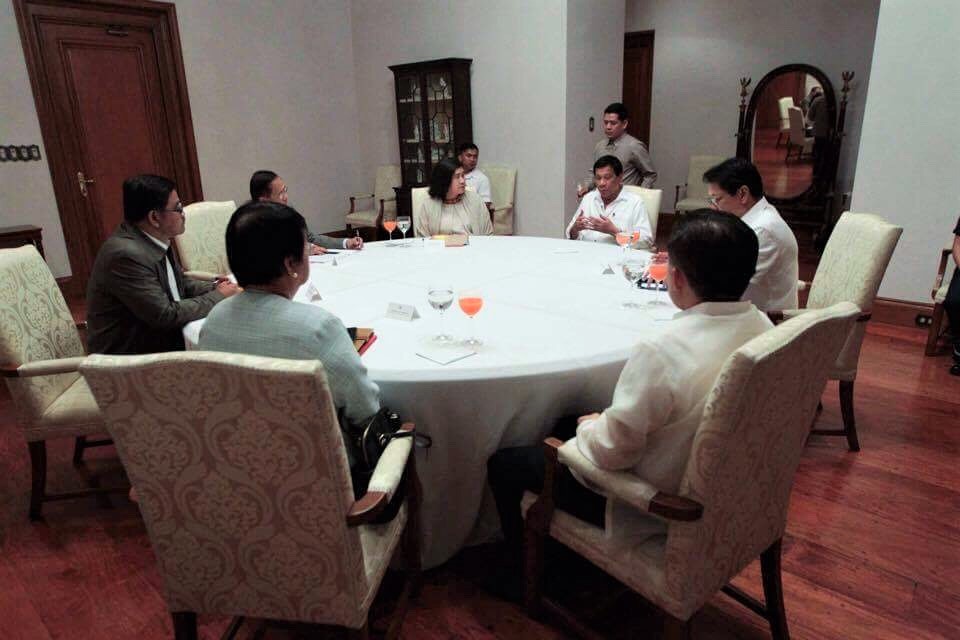 The President reiterated his desire and passion of bringing about just, lasting, and inclusive peace in the land.

On the CPP/NPA/NDF, he gave specific instructions on how to deal with the present situation, including possible next steps following the cancellation of peace talks and the unilateral ceasefire declarations. He lamented that the almost 50-year old insurgency and conflict still continue to this day and vowed to work for a strategic shift during his incumbency.

On the Bangsamoro peace table, he also viewed with positive note the forthcoming launching on February 24 of the renewed effort to implement the Comprehensive Agreement on the Bangsamoro. He will preside over the big event on Friday in Davao City. He also stressed the need for convergence and the coming together of the Moro Islamic Liberation Front, Moro National Liberation Front, and other different factions of the Bangsamoro in a single road map for peace.

The President expressed support for the common and continuing aspiration for an autonomous region for the Cordillera and called on the people there to unite as one in making a final try at entrenching it as mandated by the constitution.

The President instructed that all these different tracks must gather inputs from the different stakeholders to make the reform agenda inclusive, which must eventually lead to the final goal of installing a federal system throughout the country. ###