Message of H.E. President Rodrigo Roa Duterte on the occasion of the 54th Founding Anniversary of the ASEAN | 8 August 2021

Message of H.E. President Rodrigo Roa Duterte on the occasion of the 54th Founding Anniversary of the Association of Southeast Asian Nations (ASEAN) | 8 August 2021

The Community Affairs Director of ASEAN Secretariat Lee Yoong Yoong, who oversees the ASEAN Prize administration, said: “After a challenging 2020, ASEAN Prize 2021 is an opportunity to celebrate the indomitable spirit of ASEAN citizens in helping to improve our lives as a community. We hope to identify and recognise another ASEAN champion to inspire the region as we journey together towards post-pandemic recovery.”

According to the rules, the nomination should be submitted by at least one reference. Submissions must include the summary or highlights of the nominee’s achievements and relevant supporting documents since the launch of the ASEAN Community on 31 December 2015.

The Judging Committee, chaired by the Secretary-General of ASEAN, Dato Lim Jock Hoi, and his predecessors, will review the nominations and select the ASEAN Prize 2021 Recipient, who will receive the ASEAN Prize trophy to be presented at the 54th ASEAN Ministerial Meeting in Bandar Seri Begawan, Brunei Darussalam, and a US$20,000 cash prize. The ASEAN Prize is supported by Temasek Foundation, Singapore and Yayasan Hasanah of Malaysia.

Since its establishment, ASEAN Prize has been awarded to three recipients. In 2018, Erlinda Koe from the Philippines was the Prize’s inaugural recipient in recognition of her efforts to build an inclusive ASEAN Community by raising awareness on autism. The following year, Dr. Jemilah Mahmood, an ardent humanitarian leader from Malaysia, received the Prize for her contributions in championing humanitarian responses across the region and the world. Last year, the ASEAN Studies Centre from the ISEAS-Yusof Ishak Institute of Singapore was awarded the Prize for their long-standing work in promoting regional integration in ASEAN.

The ASEAN Prize recognizes inspiring achievements and exemplary contributions of an individual or organization in fostering the ASEAN identity, promoting the ASEAN spirit and championing the ASEAN way. ASEAN Prize nominees should have exceptional merit in contributing to the following designated focus areas, taking into account ASEAN’s theme this year, “We Care, We Prepare, We Prosper”, as designated by the ASEAN Chair, Brunei Darussalam:

For nominations from the Philippines, please submit to the following:

The ASEAN Prize 2021 nomination form can be downloaded here or at https://asean.org/asean-prize/.

PRESS RELEASE (DEPARTMENT OF FINANCE) | 19 January 2021  — Finance Secretary Carlos Dominguez III has said the  significant progress made in 2020  by the Intergovernmental Relations Body (IGRB) of the national and Bangsamoro governments underscore the Duterte administration’s firm resolve to ensure a successful and functional autonomous region in Muslim Mindanao. END_OF_DOCUMENT_TOKEN_TO_BE_REPLACED 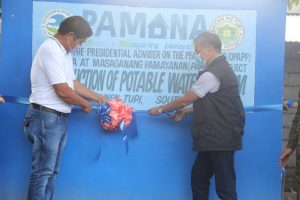 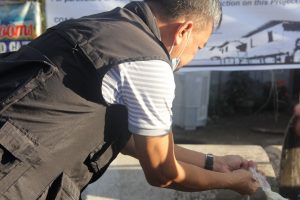 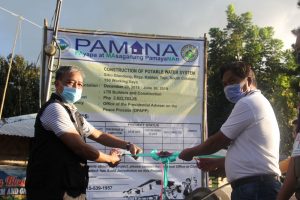 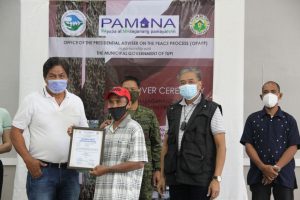 END_OF_DOCUMENT_TOKEN_TO_BE_REPLACED

Inna Lillahi wa inna ilayhi raji’un.
Verily we belong to Allah, and verily to Him do we return.

END_OF_DOCUMENT_TOKEN_TO_BE_REPLACED

Cordillera leaders and national officials renewed their support for the pursuit of Cordillera autonomy and development during the 34th Mount Data Sipat anniversary commemoration on Sept. 13. END_OF_DOCUMENT_TOKEN_TO_BE_REPLACED

END_OF_DOCUMENT_TOKEN_TO_BE_REPLACED

The PNP will deploy more mobile patrol units for anti-criminality and police visibility operations in the vicinity of commercial centers, vital establishments and residential communities to prevent criminal elements from taking advantage of the ongoing national emergency situation.

Although we have not received validated reports of crime incidents in NCR and surrounding areas, we are nonetheless alerting our field units to take preemptive action.

The reality is that over the past five days since community quarantine was enforced in Metro Manila and recently enhanced over the rest of Luzon, crime incidents have significantly decreased.

Local police units are instructed to coordinate closely with security managers of commercial centers and vital facilities, and leaders and barangay authorities of residential communities to establish neighbourhood watch systems that will alert police and residents of possible security situations.

At the same time, we appeal to our people to refrain from sharing unvalidated social media reports of alleged incidents that only add to public apprehensions and fear.

The PNP Anti-Cybercrime Group is now tracing the authors behind the circulation of fake news in social media of a purported burglary and robbery in McKinley Hill, Taguig City and Binondo, Manila; and of alleged public unrest in San Andres, Manila all of which were both found to be hoax reports.

Our laws provide stiff penalties for persons who will propagate false reports, especially if committed during a period of national emergency.

Rest assured police and military security forces and on top of the situation and ready to respond to any calls for assistance from the public.

For your added peace of mind, your security forces are just one call away thru the following hotline numbers: