The Joint Peace and Security Team (JPST) station, the 14th facility to be built in Mindanao, is the result of a partnership between the Office of the Presidential Adviser on Peace, Reconciliation and Unity (OPAPRU) and the 1st Infantry Division (1ID) of the Philippine Army.

Although the JPST Tungawan was deployed in October of last year, the team had been temporarily housed in a make-shift shelter while the station was being constructed.

Officials of the OPAPRU and 1ID led the official turn over of the JPST station to team members on Monday, November 21.

For 102nd Infantry Brigade Acting Commander, Col. Eddie Pilapil, the construction of the facility is a “symbol of progress and development” in the country, in which everyone is united and works together to sustain the gains of peace.

Brgy. Datu Tumanggong in Tungawan is the home of the MILF’s 113th Base Command. 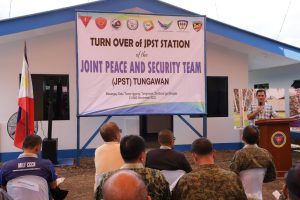 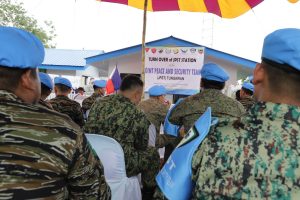 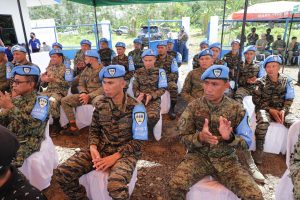 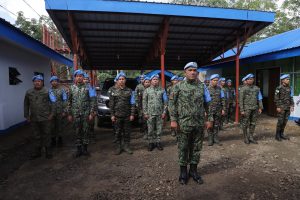 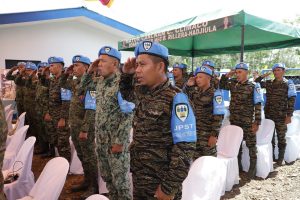 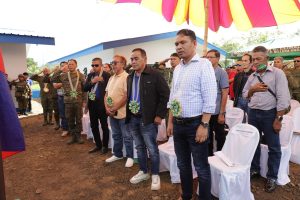 “I believe we are in unison. Sama-sama tayo to achieve our common goal of lasting peace and development particularly in the BARMM (Bangsamoro Autonomous Region in Muslim Mindanao) area and outside communities including the base command,” Nafarette said.

“Our efforts and perseverance show that we are all brothers of peace and may we continue to harness our continued engagement and trust towards peace and unity,” he said, as he reaffirmed the AFP’s full support in the implementation of the security component of the CAB.

Meanwhile, Mayor Carlnan Climaco said the construction of the facility was “just a dream” for them, as the station’s location was a grassy piece of land back then.

Climaco shared that the municipality of Tungawan donated 250 hectares of forest land to the military reservation, which is where the JPST station is located.

The mayor said he looks forward to a “more progressive and developed” barangay in the future.

“To our comrades in the BIAF, make this opportunity to showcase our principles and discipline in serving people. Sama-sama po tayong magtulungan,” he stressed.

For Philippine National Police Provincial Director PCol Eduardo Mallo, the station is the “manifestation of the objectives of the JPST to have the house of peace” not only in Tungawan but in the entire BARMM. ###