Dubbed Access to Legal Identity and Social Services for Decommissioned Combatants or ALIAS DC, the project will not only benefit the former combatants but also their next of kin and other members of their communities. 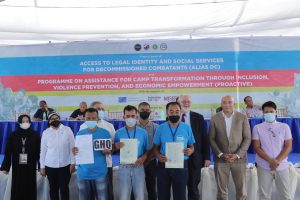 More than 31,000 individuals are expected to benefit from the project which will facilitate the processing of their civil registry documents such as birth certificates and enable them to acquire legal identities and access basic government services.

Top diplomats led by European Union Delegation to the Philippines Luc Véron, Australian Ambassador to the Philippines Steven Robinson, and UN Resident Coordinator in the Philippines Gustavo Gonzalez flew to Cotabato City on Wednesday and travelled by land to this camp to witness the launch of the two projects.

Robinson shared that as he nears the end of his tour of duty in the country, he is “extremely proud of Australia’s contribution to the peace process and also deeply grateful to all of you for letting us take part.” 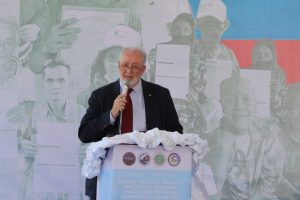 “Birth certificates are something that many of us take for granted, it’s a piece of paper that is proof of your existence demonstrating that you belong to the society and that that society belongs to you. 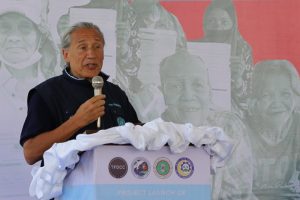 “And I hope that those of you who receive the certificates today marks the start of your participation in the national projects of the Philippines – building a stronger and safer nation for every citizen in it,” the Australian Ambassador added.

The Asia Foundation Country Representative Sam Chittick explained that “one measure of what kind of society we would like to create is the ability of the agencies and institutions of that society to reach out, engage, and provide identification and documentation to anybody who lives in it.”

“Another measure of the kind of society or the kind of community we want to create is the way in which the government was able to provide services and support to the most marginalized, to those who have the least or the least access to services,” Chittick said. 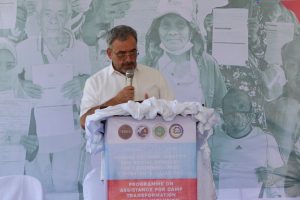 Véron said the presence of EU ​​signifies support to “the work of the Bangsamoro Transitional Government and the OPAPRU to further consolidate the peace process.”

He underscored that the EU has been a staunch and long standing supporter of the peace efforts in Mindanao since 2020, and that they “have invested over 105 million euro (almost Php 9 billion) in projects covering both development and capacity building for the transition.”

“We are happy to be partnering with Australia and the UN on normalization. Since enhancing the normalization track [and] allowing for all the people engaged in the conflict to lead peaceful and productive lives without leaving anyone behind is crucial to build lasting peace,” Veron added. 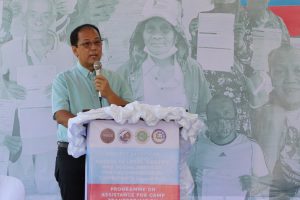 According to Presidential Peace Adviser Carlito G. Galvez, Jr, the process of undergoing the process of civil registry is the “ticket for [decommissioned combatants] to avail of important government services and benefits such as in education, health, livelihood opportunities, and other social services.”

Initiatives for Dialogue and Empowerment through Alternative Legal Services Executive Director Edgardo Ligon noted that having a “legal identity is our passport to protection. It is our gateway to opportunities for employment, for education, to access claims, benefits and social protection.”

“As we launch this project, it is important to emphasize that we are all partners in this effort. Together we work towards the goal of peaceful communities. Something that has long been an aspiration but is now within reach,” he added. 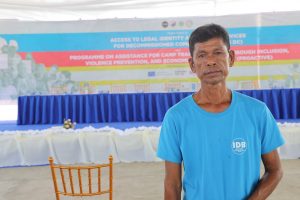 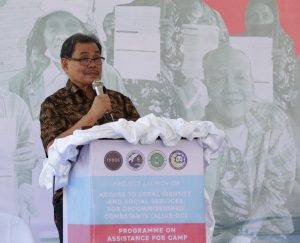 “We hope that as we launch these two projects and as [the] new administration comes in a few days from now, the partners uphold the primacy of the peace agreements and implement in good faith these agreements,” said Iqbal. 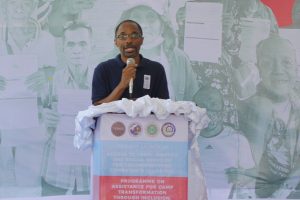 In particular, PROACTIVE seeks to create an enabling environment for sustainable employment and enterprise development; deliver the Initial peace dividends, and promote confidence-building through improved access to basic communal services and facilities; and 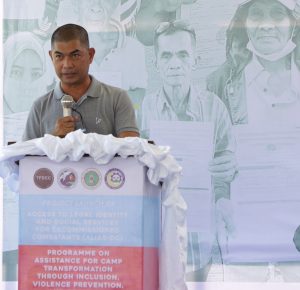 strengthen social cohesion and community resilience by enhancing the capacities and participation of local stakeholders including women, youth, and faith-based leaders in peacebuilding, promoting a culture of peace, and conflict transformation.

“We believe that the strength of this program lies in its multi-sector approach, as it will be working closely with government institutions, civil society organizations, and other donor programs as well,” Hernandez added. 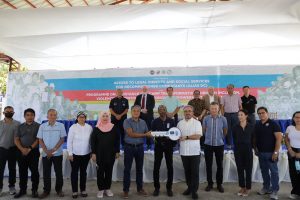 “These programs are for the benefit of the people in the Bangsamoro and for peace in Mindanao. We are indeed grateful for having partners in peace who share our commitment to the implementation of the Normalization program,” said GPH Peace Implementing Panel Chairperson Usec. David Diciano. 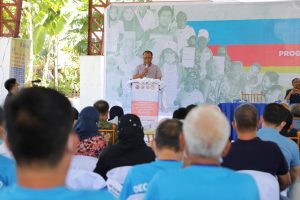 Galvez also thanked the decommissioned combatants for their willingness to undergo the initiative, which is a clear indication of their continued trust and continued support to the peace process.

“As the secretary of the peace process, I would also like to thank the combatants. Alam namin kadalasan ang ginagamit natin mga alyas but in revealing your true identity, this will give us what we call the confidence in the government to be fully mainstreamed to the society. Napakaganda pong nakikita natin ‘yun na mga indikasyon na this giving in the true identity of combatants, this reciprocates the continuity and stability of our peace program in the government,” said Galvez. ###