MALACANANG, MANILA –  The Inter-Cabinet Cluster Mechanism on Normalization (ICCMN) has enabled the Duterte Administration to push forward the implementation of the Comprehensive Agreement on the Bangsamoro (CAB) amidst the challenges caused by the COVID-19 pandemic.

This was the consensus during the ICCMN’s 8th and last meeting held on Wednesday to discuss developments in the implementation of the normalization and political tracks under the CAB. 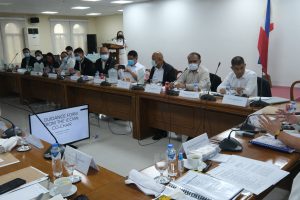 Matibag underscored that the ICCMN’s peacebuilding and development interventions are geared “towards the development of strong cooperation between the Bangsamoro and the National Government [and] has undoubtedly strengthened the condition to rebuild our country’s peace” in the coming years.

“The ICCMN should ensure that the next administration will be able to properly accomplish the remaining necessary tasks. Thus, it is very crucial for the remaining activities for the rest of 2022 to be implemented. We trust that under the guidance of the incoming administration, the plans for 2022 towards this end and beyond will likewise proceed and be anchored,” he said.

Office of the Presidential Adviser on Peace, Reconciliation and Unity (OPAPRU) Dir. Wendell P. Orbeso, noted that despite the difficulties caused by the pandemic, the implementation of initiatives under the normalization and political tracks continue to gain momentum.

Created by virtue of Executive Order 79, the ICCMN’s mandate include the coordination and mobilization of government agencies in the implementation of the normalization program; policy advising; and support for the different modalities and mechanisms on normalization.

ICCMN is composed of four clusters based on the major components of the normalization track: the security aspect, socio-economic development program, confidence-building measures, and transitional justice and reconciliation (TJR).

Other accomplishments under the Normalization Program for this year include the conduct of two Joint Peace and Security Team (JPST) refresher courses and unarmed civilian protection trainings by the Joint Peace and Security Committee (JPSC) and the Nonviolent Peace Force; the conduct of National Special Qualifying Exam for more than 10,000 MILF and Moro National Liberation Front (MNLF) members who wish to join the Philippine National Police; the approval by the National Task Force on the Disbandment of Private Armed Groups (NTF-DPAGS) of the joint operational guidelines of the AFP; and a consensus that a memorandum of agreement among concerned ICCMN member-agencies will be crafted for the rehabilitation and integration initiatives of PAG members who have surrendered.

Two major projects funded by the European Union, United Nations, the Australian Government, and the Project and Development in the BARMM (PD BARMM) Program were launched in last week – the Legal Identity and Social Services for Decommissioned Combatants or ALIAS-DC Project and the Programme on Assistance for Camp Transformation through Inclusion, Violence Prevention and Economic Empowerment or (PROACTIVE) Project. 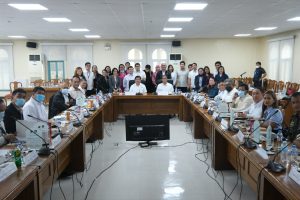 “The presence of JPSTs has generally been helpful to the peace and order situation in communities. And strong partnerships with LGUs is very evident as shown in activities where JPSTs are regularly invited or tapped to provide assistance during rido settlement, community outreach programs, and other LGU-led programs,” Mayor said.

“A total amount of Php 2.6 billion has been allocated and utilized to execute projects for the socioeconomic development of the DCs, their communities, and the six camps,” Mayor added.

The ICCMN’s Socio-economic Development cluster has also re-engaged decommissioned combatants in their respective areas of jurisdiction, as well as 22 provincial LGUs, 254 municipal LGUs, and 115 political committees, administrative departments and MILF-BIAF base commands.

Meanwhile, the Task Force for Decommissioned Combatants and their Communities (TFDCC) and the Joint Task Force on Camps Transformation (JTFCT) continue to work closely with stakeholders to ensure the efficient delivery of the socioeconomic initiatives under the Normalization Program.

For his part, Presidential Peace Adviser Sec. Carlito G. Galvez Jr. noted that the dividends of peace are now being felt by the Moro people, as “major milestones have been achieved in the Bangsamoro peace process under the Duterte administration.” 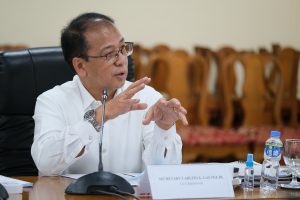 “We hope to sustain these gains through the greater synergy of efforts among ICCMN member-agencies in line with their respective mandates; the provision of policy advice, support, and other necessary assistance to the appropriate mechanism for the timely and smooth implementation of the normalization program; and the supervision and monitoring of all interventions under the Normalization program,” he added.

The peace adviser also called on the ICCMN member agencies to continue “the efficient and effective delivery of services under the Normalization program and collaboration” with its various peace partners.

“Thank you to each and everyone of you for supporting the Duterte administration’s peace and development agenda over the past six years. May you all continue to provide the same level of support to the incoming administration,” Galvez said. ###