“The JNC shall ensure full implementation of the Normalization Program as stated in the CAB relative to its mandate to coordinate and facilitate all normalization efforts, such as the redeployment of AFP, disbandment of private armed groups, management of small arms and light weapons, policing and the decommissioning,” the joint statement read.

“…with goodwill and understanding among our leaders, as well as stakeholders, the implementation of the agreed programs can move forward for all to reap the fruits of the social, economic, security, and political reforms and measures stipulated in the CAB,” the statement noted.

“The JNC believes that the path to peace and the continued implementation of the CAB and BOL remain the only viable solution in achieving just and lasting peace in the Bangsamoro communities,” the statement added.

“I would like to note that however complex the implementation of the peace agreement, the JNC is an integral mechanism to make it happen,” he said, noting that the key has been the strong partnership and high level of trust developed between both peace panels. 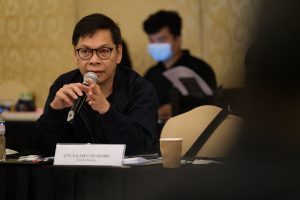 “The complexity can easily be handled and managed if we have partners with us on the ground. Not just with the National and Bangsamoro governments but also from the local and international NGOs,” Hernandez stressed.

For his part, Guerra said he is optimistic the incoming administration will sustain the gains of peace in the Bangsamoro Autonomous Region in Muslim Mindanao (BARMM).

“We hope that the next administration will embark on the same atmosphere of partnership and cooperation. Pinakaimportante po ang relationship sa bawat isa,” he said.

These include the proposed flow and criteria for a joint security assessment for the redeployment of Armed Forces of the Philippines (AFP) units assigned in the BARMM and its adjacent regions.

The program was formulated by technical working groups led by the JNC, the United Nations Development Programme (UNDP) and the Task Force for Decommissioned Combatants and their Communities (TFDCC).

The JNC will lead the implementation of the program, in collaboration with the UNDP, TFDCC, and other relevant Normalization mechanisms.

The joint statement also included the proposed framework for a program on management of Small Arms and Light Weapons (SALWs) that will be part of the Community Security and Stabilization Program (C2SP).

The program was formulated through a series of technical working group meetings spearheaded by the JNC and the UNDP, in partnership with the Joint Peace and Security Committee (JPSC) and other Normalization mechanisms.

The workshop seeks to align the work of the FDS-PCBL to the deliverables of the Normalization Program. A framework on how to integrate the FSD initiatives in the Normalization program shall be presented in the next JNC meeting. 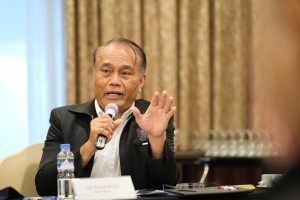 The JNC, through the statement, likewise requested the Catholic Relief Services (CRS) and Kroc Institute for International Peace Studies to provide technical support in enhancing the Normalization Monitoring and Evaluation System being used by the JNC.

The JPSC also presented the body’s 2021-2022 accomplishments, as it highlighted the collection and safeguarding of collected firearms and ammunitions during the third phase of decommissioning.

The JNC reported that the Task Force on the Disbandment of Private Armed Groups has disbanded 15 PAGs with 94 members, and recovered 86 firearms.

Under the SALW program, 290 weapons were turned-in in Basilan, 218 in Tawi-Tawi, and 173 in Maguindanao. Individuals who turned in their firearms were given livelihood assistance.

The SALW, which is under the security component of the normalization track of the CAB, aims to restrict the movement and manage the number of loose firearms in Bangsamoro communities.

The program on DPAGs, on the other hand, seeks to address pressing peace and security concerns in the Bangsamoro and its adjacent regions, particularly those caused by private armed groups.

Also discussed during the meeting were the redeployment of AFP, the status of the JPST, as well as the clearing of UXO and landmines.

“It is important to remember that at the current stage, we’ve already reached an irreversible stage, and we’ve set an irreversible course towards peace, security, and development in the Bangsamoro. There is no turning back. We are at the point where the only way is to move forward the peace process,” Sinarimbo said.

For his part, Usec. David Diciano, chairman of the Government Peace Implementing Panel, expressed his gratitude to all those who contributed to the successful implementation of the Normalization Program.

“It is our hope that through the JNC, the incoming administration will push forward, build on, and sustain the gains we have achieved under the Bangsamoro peace process,” he added.

The JNC meeting held on Friday is the last meeting to be held by the body under the Duterte administration. ###