The said signing is another major milestone in the Bangsamoro peace process, as it was held here inside the MILF’s sprawling Camp Bilal, which was once considered a major stronghold of the revolutionary group in the province. 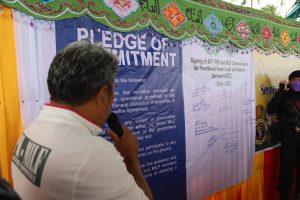 To remain neutral and not participate in any political-related engagements on the ground that may lead to situations of conflict. 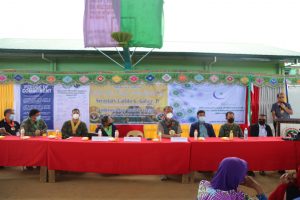 The peace adviser likewise lauded the completion of the road project inside the camp, which has significantly improved the movement of people and goods.

Meanwhile, MP Abdullah “Commander Bravo” Macapaar, who is also the commander of MILF’s Northwestern Mindanao Front in Camp Bilal threw his full support behind the conduct of a safe and peaceful election. 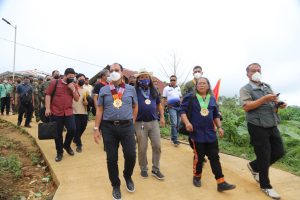 For his part, 2nd Mechanized Infantry Commander BGen Rey B. Alemania stressed that ensuring peaceful and honest elections should be the responsibility of everyone in the community.