MARAWI CITY — Five years after this once beautiful Islamic City was laid siege by violent extremists, there are now visible signs of recovery, as a greater sense of normalcy has returned to the lives of its people.

Residents who once fled for their safety are now slowly returning to their communities and rebuilding their homes. Small business establishments have opened, as trade and commercial activity have started to pick up.

Crucial to this recovery is the national government’s efforts to rebuild not only the infrastructure facilities that were destroyed during the war – roads, bridges, markets – but most importantly, repair the torn social fabric of society.

The Office of the Presidential Adviser on Peace, Reconciliation and Unity (OPAPRU), together with the Task Force Bangon Marawi (TFBM), its member agencies such as the Armed Forces of the Philippines (AFP), LGUs and local civil society organizations (CSOs), have been leading in this concerted effort.

Through this multi-stakeholder partnership, the pace of the city and the people’s recovery is gaining momentum. Among these interventions is the week-long Duyog Ramadan which aims to promote peace, mutual understanding, and solidarity among those affected by the conflict. 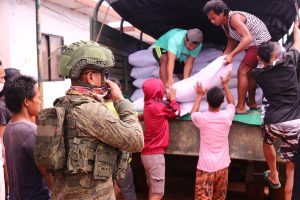 In particular, the OPAPRU has been working closely with CSO’s to carry out activities that seek to heal the wounds of the past and strengthen the capacity of community leaders in peacebuilding and conflict resolution.

These capacity-building initiatives include peace conversations participated in by women and youth representatives, as well as internally displaced persons (IDPs) and members of the religious sector.

“These peace conversations involving women, youth, children and IDPs are designed to encourage them to play an active role in peace-building,” explained Director Vanessa Pallarco of OPAPRU’s Social Healing and Peacebuilding Department.

According to Pallarco, these peace conversations also serve as platforms for constructive engagement between the government,  IDPs, and CSOs.

“This is a collective effort. We want everyone to contribute by giving their insights and recommendations on how we can best address the pressing issues and concerns they are facing,” she added.

“A Muslim heart is a grateful heart.”

Women leaders have played a crucial role in surfacing the challenges being faced by their people, while rallying their support behind peacebuilding initiatives being implemented in their communities.

During a peace conversation in Dulay Proper, women aired their struggles in finding regular sources of income and making ends meet. All of them, however, showed resilience, saying they looked forward to a better future for their children.

Among the main concerns that they hope will be addressed is the lack of sources of water and limited access to transportation, as their resettlement site is 7.4 km away from the town proper of Marawi.

Despite these struggles, IDPs in the area were grateful for the efforts of the national government and other local and international stakeholders to provide for their basic needs and help uplift their living conditions.

Omar Mundas, an IDP leader, expressed his gratitude after receiving rice packages from the national government through OPAPRU. 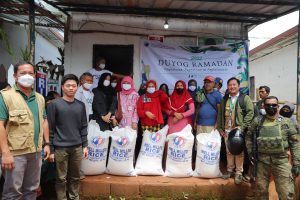 For his part, Presidential Peace Adviser Carlito G. Galvez, Jr. said, “OPAPRU joins our Muslim brothers and sisters in solidarity as they observe the holy month of Ramadan.”

“Despite the challenges posed by the COVID-19 outbreak, members of the Muslim faith have demonstrated bravery and resiliency, and have led the way in strengthening relationships in their communities,” Galvez said.

“Eid al-Fitr is a time to show love and compassion towards our fellow men. The occasion should also inspire us and strengthen our resolve to help bring peace, reconciliation and unity in our country,” he added. ###