JOLO, Sulu, March 18, 2022 – The security situation in this island province has significantly improved over the years, creating an environment where all sectors can closely work together to help transform Moro combatants, their families, and communities, according to Presidential on Peace, Reconciliation and Unity Secretary Carlito G. Galvez, Jr.

“President Rodrigo Roa Duterte has commended the good relationship between the national government and the Moro rebels in Mindanao. This harmonious relationship paved the way for the implementation of the signed peace agreements with the Moro rebel organizations, and this led to the prevailing improved peace and order conditions in Mindanao,” Galvez said. 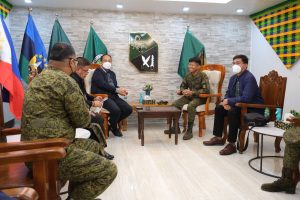 President Duterte earlier said he will be leaving the presidency with a relatively peaceful Mindanao.

“I think we have a relatively peaceful Mindanao,” he said. “We have a good rapport with the Moros of Mindanao. And I think that just allow them in the governance of our country and give them enough elbowroom to, you know, just govern without interference from armed groups,” the President added during a TV interview.

The President shepherded the passage of the Bangsamoro Organic Law that created a more powerful autonomous region with a parliamentary form of government in the Bangsamoro.

Under the peace process with the MNLF, the government crafted a Transformation Program to aid members of the group who were not included in the integration program following the signing of the 1996 Final Peace Agreement.

Galvez flew to Sulu on Thursday and held a series of meetings with the top brass of the Armed Forces of the Philippines’ 11th Infantry Division (ID) to secure several peace engagements with the military. 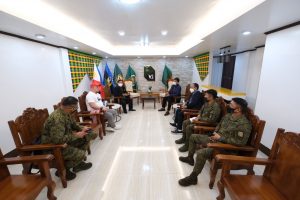 The peace and security situation in Sulu, which has been considered as the hotbed of several armed groups, has turned around. There have been no bombings and kidnapping incidents in recent years, according to the military.

The security sector has been relentless in neutralizing the remaining members of the Abu Sayyaf group.

“I congratulate the military and the local government of Sulu led by Governor Tan. With the improved security condition in the island province, there is more reason for us to carry out our mandate to transform Moro combatants and their communities. In this way, we are laying down the foundation of enduring and sustainable peace not just in Sulu but also across Mindanao,” Galvez said. 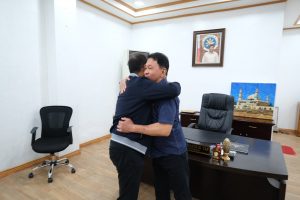 The national government will implement a Transformation Program worth Php 430-million for 3,000 MNLF members, their families and communities in Sulu this year. The program involves a holistic approach to ensure that the combatants will be fully rehabilitated and successfully reintegrated themselves into peaceful civilian life.

This intervention is on top of the Php 130-million worth of socioeconomic assistance that will be provided to MNLF members in Sulu within this year.

Galvez said the Office of the Presidential Adviser on Peace, Reconciliation and Unity’s Social Healing and Peacebuilding Program (SHAPE) will help in the rehabilitation of Abu Sayyaf members who surrendered to authorities.

The military has committed to help implement the MNLF Transformation Program, especially in the verification and profiling process, according to Brig. Gen. Benjamin G. Batara, Jr., commander of the 1103rd Brigade, who represented Maj. Gen. Ignatius N Patrimonio, commander of the 11ID and Joint Task Force Sulu.

“MNLF communities have a role to maintain peace in Sulu since they are also part of the stakeholders. Achieving peace is always a shared responsibility,” Batara said.

For his part, Tan threw his support behind the Transformation Program, saying it has been his mission to help MNLF members in their transformation process. 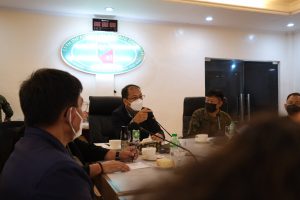 The governor also said the provincial government will be donating a lot that will be used as the site of a rehabilitation center for former ASG members. The Bangsamoro Autonomous Region in Muslim Mindanao will fund the center’s construction.

Aside from the military and provincial government of Sulu, other government agencies are also involved in the implementation of the Transformation Program, which include the departments of Social Work and Development, Education, Environment and Natural Resources, Technical Education and Skills Development Authority, and the Commission on Higher Education, among others.