COTABATO CITY (8 December 2021) — The national government’s top peacemaker flew to this Central Mindanao city to meet with the region’s stakeholders and rally their continued support behind the Bangsamoro peace process and the observance of safe, orderly and peaceful elections next year. 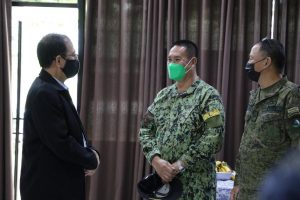 “We are also enjoining all sectors in the Bangsamoro region – from the security, religious and academic sector, as well as civil society, LGUs and the BARMM government to ensure that the Filipino people’s inherent right to choose their leaders through a democratic process is preserved, observed, and respected,” he  added.

In his presentation of the milestones of the Bangsamoro peace process during President Rodrigo Duterte’s Talk to the People public address on December 6, Galvez informed the President of his scheduled meeting with Bangsamoro key officials to ensure safe and orderly elections in the BARMM.

In his dialogue with PNP and AFP officials, Galvez emphasized the need to ensure peace and security in the region during next year’s national elections.

“The security sector’s mandate is crucial in making sure that safe, honest, and credible elections are held in the region. As we know, elections are the cornerstone of our democratic process,” Galvez said.

“And by ensuring the people’s safety during this political exercise, we are also building on the gains of the peace process and strengthening the foundations that underpin it, ” he added. 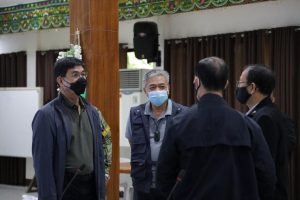 According to Galvez, OPAPP is eyeing to convince members of opposing political parties in the region to sign peace covenants so that none of them will use force or violence in promoting their political agenda during the campaign and election period.

“We met with key local chief executives and BARMM officials as part of our agency’s efforts to convince them to forge a peace covenant. The region’s future is at stake during this election. We cannot afford to lose the momentum of the Bangsamoro peace process,” he said.

“And with the extension of the BTA’s transition period, the successful conduct of the next year’s elections will guarantee that the leaders under the next administration will continue supporting the BARMM government’s peace and development agenda,” Galvez said.

“We also enjoin the candidates to maintain their resolve and commitment in achieving the President’s directive of having an honest and peaceful election,” he added.

In his meeting with Bangsamoro government officials, the peace adviser assured them that signing a peace covenant will help to further strengthen democratic processes in the region and prevent the outbreak of violence or situations of conflict.

Galvez likewise emphasized that having “orderly, credible, and secure elections will help preserve the gains of the peace process, which we have worked so hard to achieve.” ### 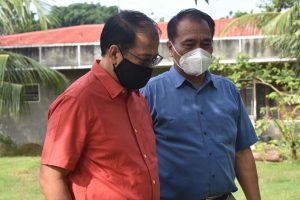