ZAMBOANGA CITY — The provincial governments of Basilan and Tawi-Tawi are helping to design a program that would encourage the active participation of residents in reducing and managing the number of small arms and light weapons (SALW) in the provinces, and spur socio-development in these areas.

This was the result of a series of consultation meetings organized by the Office of the Presidential Adviser on the Peace Process (OPAPP) to obtain the support of the provincial governments for the novel initiative.

The development of the program on SALW is part of the Security component of the Normalization Track under the Comprehensive Agreement on the Bangsamoro (CAB).

Government of the Philippines-Joint Normalization Committee (GPH-JNC) Chair Ariel Hernandez underscored the need for provincial, municipal and barangay government units, as well as the security sector to “own” the program.

“Tanungin natin parati sila [all stakeholders] ano ang tingin nila sa implementasyon [ng SALW program],” Hernandez said, emphasizing that activities to be conducted in communities must be in line with the needs of residents.

Basilan Governor Jim Hataman-Salliman shared the same view, as the province began crafting specific activities in line with the program, together with its implementing rules and regulations. 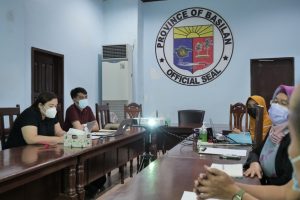 He added that all activities must have an impact in communities and would complement the province’s strategic development program.

The Basilan provincial government plans to roll out their SALW Program simultaneously in two cities and 11 municipalities.

Meanwhile, Tawi-Tawi, Governor Yshmael Sali said the provincial government is keen on making the program more inclusive by ensuring that residents of the identified pilot areas will take part in all of the activities they plan to implement in line with the initiative.

According to Sali, the province has identified the municipalities of Languyan and Sapa-Sapa as pilot program areas, adding that they plan to implement the program throughout the province once they get feedback from its initial roll out. 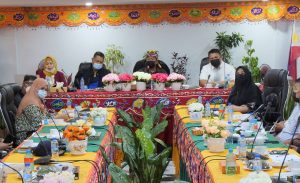 The framework as well as the operational details of the SALW programs for each province are based on the needs of residents and the current situation in their respective areas.

Provincial governments will work with their municipal counterparts in the implementation of the SALW Program, which may include firearm registration and the provision of socio-economic packages for those who will voluntarily turn-in their firearms.

Socio-economic packages may include scholarships, farming assistance, and other livelihood programs identified by the receiving communities.

The SALW program primarily intends to manage and restrict the movement of loose firearms at the barangay, city, and municipal level. It also aims to discourage people from using firearms as a guarantee for safety and a tool for survival.

The program will likewise enable local government units to facilitate firearm registration in their localities and destroy surrendered weapons.

Hernandez noted that implementing this kind of program requires the “imagination” of local chief executives to allay fears of firearm owners and build confidence to “freely” register or turn-in their unlicensed weapons to authorities.

Languyan Municipal Planning and Development Officer Modyr Tupay said that it is important to look for “attractive” ways to encourage people to turn-in their loose firearms to authorities as these weapons provide them with a “sense of security”.

During the local consultation with Basilan local chief executives last April, they attributed the proliferation of unregistered and loose firearms to the ongoing conflict among local clans or “rido.”