MARIKINA CITY (04 March 2021) –The Philippine government is determined to inoculate all healthcare workers within a month despite the limited supply of vaccines, as this will ensure the stability of the country’s healthcare system.

National Task Force against COVID 19 Chief Implementer and vaccine czar Secretary Carlito Galvez Jr. said that due to the scarcity of the global vaccine supply, the government decided that all available vaccines will be allocated for medical frontliners and healthcare workers.

This decision came after the initial delivery of 525,600 Astrazeneca vaccines from the COVAX facility was delayed due to delivery constraints being faced by the UK-based manufacturer.

According to Galvez, this is also the reason why the national government had postponed the public vaccination of local leaders and other key officials which aimed to increase the people’s confidence for the vaccines approved by the Food and Drug Administration.

“Inaasahan po natin ang COVAX facility, they will fulfill their commitment. If they’ll do, for the general public [including local leaders], pwede na tayong magsimula ng April and May,” Galvez said during the inoculation program at the Amang Rodriguez Medical Center. 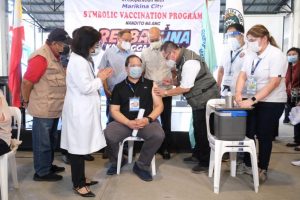 Meanwhile, Department of Interior and Local Government (DILG) Undersecretary Bernardo Florece Jr confirmed that all regions will be receiving a portion of the Sinovac vaccines donated by China, which have all been allocated for healthcare workers.

“Yung 500,000 [doses] ang pinaghatihatian according to the priority list made by the NTF. At ang priority ay ang ating healthcare workers,” said Florece.

The priority list is based on the instructions of President Rodrigo Duterte who said during his latest Talk to the People that “as humanly as possible, we would like to distribute it [vaccines] among the Filipino people across the nation”.

“The vaccines will be distributed to all regions based on their requirement. Nag-decide po si Presidente na unahin natin ang ating healthcare workers,” Galvez said.

The vaccine czar said the country is expecting a total of 5.1 million doses of vaccines to arrive in the first quarter.

He said that the bulk of this supply, which is about 3.5 million shots, will come from the initial batch of vaccines from the COVAX facility, which is composed of Astrazeneca and Pfizer-BioNTech vaccines.

On the other hand, Galvez said the one million doses will come from government-procured Sinovac vaccines that will be delivered by the third week of March.

He explained the Purchase Order for the one million doses are now ready for signature. Based on the government’s negotiations with Sinovac, the shipment will be made a week after payment has been made. 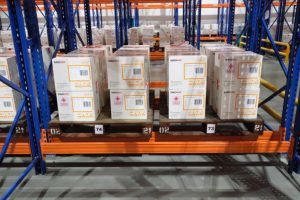 For his part, Marikina Mayor Marcy Teodoro appealed to his constituents to understand the reasons for the limited supply of vaccines available in the country. He likewise underscored that all citizens have the option to be immunized with their vaccine of choice.

Meanwhile, Department of Health Assistant Secretary Elmer Punzalan emphasized that people must trust in science, as this is vital in fighting COVID 19.

“We are now closer in our goal of protecting Filipinos from COVID 19. We should continue to have more faith in science. These vaccines are not here na parang magic wand that will instantly get rid of COVID-19,” Punzalan said.

“We should continue to practice minimum public health standards that we have done since March,” he added. 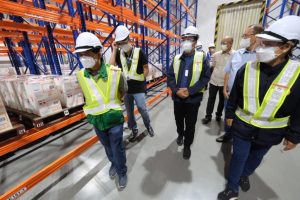 During the vaccine rollout at Marikina, Galvez, along with DOH officials and Mayor Teodoro, also inspected MetroPac Movers Inc. to ensure vaccine integrity and readiness of the cold chain facility in handling and storage of different types of vaccines.

According to Galvez the inspection is necessary in preparation for the arrival of Astrazeneca vaccines from the COVAX facility, as a portion of the vaccine supply will be stored at MetroPac.

The same facility is being used for storage of Sinovac vaccines donated by China, which arrived in the country last February 28.