This was the consensus of Inter-Agency Task Force on the Management of Emerging Infectious Diseases (IATF EID) and the National Task Force (NTF) against COVID-19 officials who took part in a full-scale simulation exercise as the government gears up for the arrival of the COVID-19 vaccines.

The simulation exercise aimed to assess the feasibility of the government’s plan in relation to the actual arrival, handling, storage, and deployment of the vaccines in areas across the country. 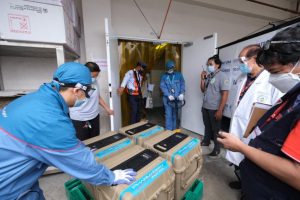 “This is instrumental to make a clear picture of how things will actually occur or happen based on our plan. And the improvements that we ought to do,” said IATF Chairperson and Health Secretary Francisco Duque III.

The simulation was a “time-and-motion” exercise for the arrival of the 117,000 doses of Pfizer-BioNTech vaccines at the airport, their loading to refrigerated vans, and transport to the Research Institute for Tropical Medicine (RITM) cold storage facility.

The exercise also included the unloading, inspecting, and acceptance of the vaccines, as well as their loading to ultra-low freezers. 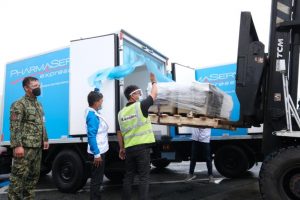 The RITM will serve as the warehouse and cold storage facility of Pfizer-BioNTech vaccines coming from the COVAX facility.

The vaccines will be used to inoculate healthcare workers from various COVID dedicated and referral hospitals in Metro Manila, Cebu, and Davao. 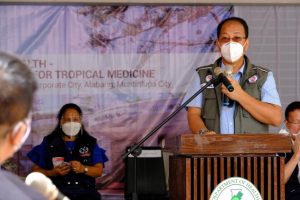 The next phase of the simulation exercise covered preparations for the distribution of the vaccines from RITM to health facilities which include the Philippine General Hospital, Lung Center of the Philippines, and Dr. Jose N. Rodriguez Memorial Hospital.

There was also a time-and-motion exercise for the transport of the vaccines from the RITM to the airport, and then the flight to Cebu and Davao.

“We all know how crucial it is to get the vaccines to where they need to go and be received by people who need them the most. The simulation is a testament to the commitment of our government to work as one, move as one, and heal the nation as one,” said RITM Director Dr. Celia Carlos. 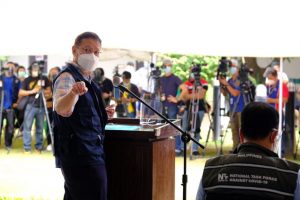 The IATF and NTF officials confirmed that another simulation exercise will be conducted for AstraZeneca and other vaccine brands arriving in the country. “This is to ensure that we cater to the specific requirements of different vaccines,” said Duque.

Galvez noted that there is still room for improvement in the end-to-end cold chain management system, particularly the use of mechanisms to ensure the minimal movement of the vaccines during cargo handling.

He said that this concern will be addressed during the internal simulation exercise to be conducted by COVID-19 task force officials. 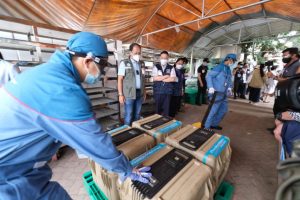 Likewise, the Vaccine Czar pointed out that most of the procedures in handling the vaccines will be automated, as there will be “no room for human error”.

According to Galvez, Bureau of Customs (BOC) Commissioner Leonardo Guerrero will implement an early clearing mechanism for all vaccine shipments arriving to the country to ensure their quick transport and deployment.

The Vaccine Czar welcomed this move from BOC, as it will significantly reduce the unloading, inspection, and loading time of the vaccines to refrigerated vans from 30 minutes to only 18 minutes. 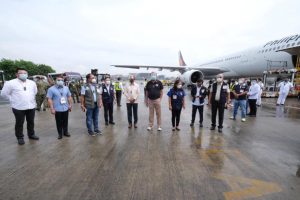