Taguig LGU to sustain COVID-19 testing even during vaccine arrival

LOWER BICUTAN, TAGUIG CITY (27 JANUARY 2021)— The local government of Taguig has vowed to continue its aggressive COVID-19 testing even during the roll-out of the national vaccine program.

This was the assurance given by Mayor Lino Cayetano to officials of the National Task Force (NTF) Against COVID-19 and Inter-Agency Task Force for the Management of Emerging Infectious Diseases (IATF-EID) officials on Wednesday. 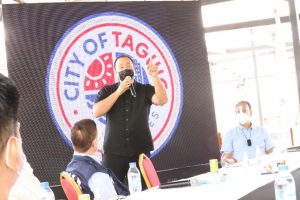 “Napakahalaga ng testing kahit nagbabakuna na tayo. Kailangan tuloy-tuloy ang health protocols natin. We will remain aggressive in our testing. That is our pledge,” he added.

As of January 25, the Taguig has conducted 109,329 free tests for its residents, which is equivalent to 11% of the city’s total population.

The other four facilities that are set to be converted into vaccines sites are the Elderly Center, Vista Mall parking; Taguig City University, and the Mind Museum or Maybank Theater.

These mega vaccination centers are in addition to the 35 community centers, as well as private and public hospitals that have also been identified as vaccine areas. 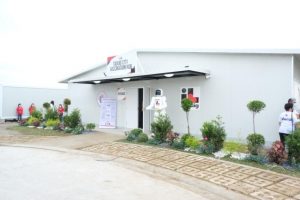 Meanwhile, IATF Chair and Health Secretary Francisco Duque III lauded the city of Taguig for the preparations it has undertaken for the vaccine roll-out. 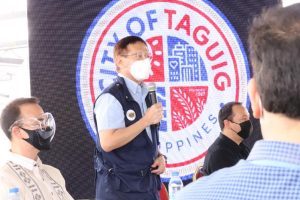 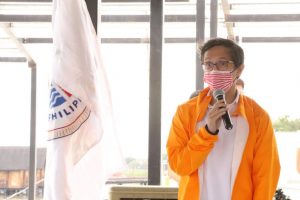 For his part, vaccine czar and NTF Chief Implementer Carlito G. Galvez, Jr. recognized the crucial role of local government units in the nation’s fight against the deadly disease.

“As we have stressed, LGUs will play a major role in the implementation of our Philippine National Vaccine Roadmap. You will be the grassroots implementers of our vaccine program,” Galvez said. 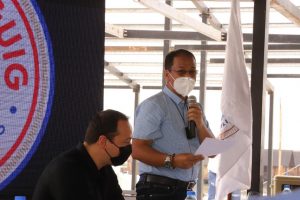 Meanwhile, Cayetano noted the major contribution of the private sector in the city’s COVID-19 response, adding the local government is willing to assist private companies in administering the vaccines they purchased for their employees.

“We’re assuring our friends from the private sector na magdadala ng (sariling) bakuna, we will help take care of your storage, and we will help set you up para sa vaccination facility. At kahit na inyo ang bakuna, kung kailangan ninyo na kami ang mag-administer nung vaccine, we will do it for you,” Cayetano said.

Taguig has also inked an agreement with cold chain facility ORCA Cold Chain Solutions for the storage of the COVID-19 vaccines the city has procured. END