QUEZON CITY (28 JANUARY 2021) — The Quezon City government is mulling the inclusion of private sector employees in its COVID-19 vaccination list in response to a proposal from the National Task Force against COVID-19.

During a visit of the Coordinated Operations to Defeat Epidemic (CODE) Team on Thursday, Mayor Joy Belmonte said they are open to the recommendation in consideration of the large number of employees working in the city’s private firms.

“Secretary Galvez has suggested to us that we should also do what was done during the time of Joey Concepcion, to gather the private sector and get them to work with us so we could also procure vaccines through a tripartite agreement that also includes the private sector,” Belmonte said.

“Pwede ring institutional ang approach sa private sector, dahil karamihan din sa employees, they may not be residing in Quezon City, but they spend most of their living hours in Quezon City. So it might actually be fair for them to be vaccinated in Quezon City. So this is being considered very seriously,” she added. 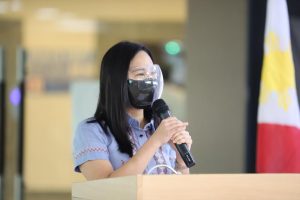 The Quezon City LGU has so far identified 1,046,027 individuals to be vaccinated.

The Quezon City government has also identified 24 vaccination sites, which are spread across its six districts. The LGU will deploy 315 health workers for the vaccine rollout.

For the storage of vaccines, Quezon City has partnered with Zuellig Pharma, which Belmonte said can deliver the vaccines from its warehouse to the vaccination sites within 30 minutes.

Inter-Agency Task Force for the management of Emerging Infectious Diseases (IATF-EID) Chair and Health Secretary Francisco Duque III lauded the Quezon City government, as he assured local officials that the national government will always be behind them. 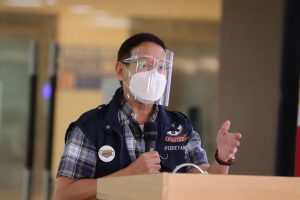 “We will be here in support of what you need in the execution (of vaccination rollout plan), so that we can achieve outcomes that you and I, and the residents of QC expect,” Duque said. 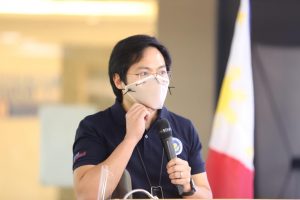 For his part, vaccine czar and NTF against COVID-19 Chief Implementer Carlito G. Galvez, Jr. urged local officials to strengthen their information campaign on the safety and efficacy of vaccines given the proliferation of fake news and misinformation.

“There is a need for us to come up with an intensified information campaign at the community level level so that we can provide greater clarity to the issues and concerns raised by our people,” Galvez said 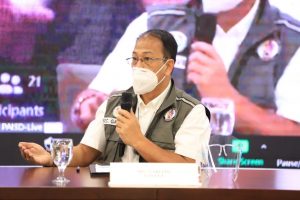 Belmonte also expressed the city’s gratitude to the vaccine czar for the assistance he has provided since the pandemic began.