“LGUs are the national government’s grassroot implementers of this vaccine program. The mobilization of people on the ground, as well as the administration of the vaccine in communities will largely depend on your readiness to help carry this out,” said NTF Chief Implementer and vaccine czar Secretary Carlito Galvez Jr. during the Coordinated Operations to Defeat Epidemic (CODE) Team visit to Makati City on Wednesday, January 27.

IATF Co-Chairperson and Cabinet Secretary Karlo Nograles and Deputy Chief Implementer and testing czar Secretary Vivencio Dizon also shared Galvez’s views, as the national government gears up for the arrival of the first batch of COVID-19 vaccines this February. 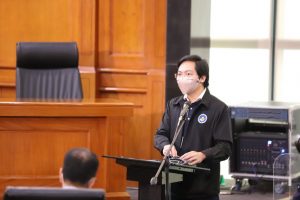 The CODE Team is scheduled to visit different LGUs in the National Capital Region (NCR) to assess their ongoing preparation for the roll-out of the national vaccine program, which includes the crafting of local vaccine plans. 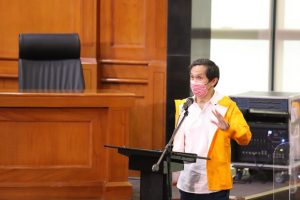 “Your [national government] success is our success. Your failure is our failure. And that applies to our neighboring cities. Hopefully we can all work together to ensure that everybody gets vaccinated effectively and quickly,” Binay said.

Makati announced that it will also provide free COVID 19 vaccines to non-resident employees, as well as property and business owners in the city. 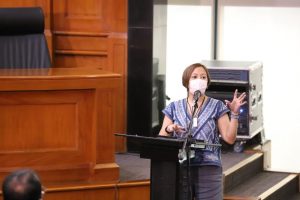 “This is the reason why we procured over and above our requirement. Because hindi lang dapat residente ang babakunahan natin pati ang mga nagtratrabaho, yung tinatawag nating economic frontliners,” Binay said.

Through the tripartite agreement it signed with the national government, other LGUs, and private firms, Makati was able to purchase 1 million vaccine doses from UK-based pharmaceutical company Astrazeneca.

Maximize use of technology

Galvez lauded Makati for its initiative to inoculate non-residents, as well as for maximizing the use of technology in the inoculation program.

Makati will employ an integrated system for the vaccine rollout that will cover the entire vaccine process, starting from registration to monitoring. The city will utilize a QR code system to keep track of vaccine recipients.

A geographic information system (GIS) will also be utilized to monitor people who have been inoculated and the type of vaccine they received.

The GIS will also be utilized to monitor local transmissions and active cases in communities that received the vaccine. In addition, a holographic sticker will be placed in all vaccination cards as a security feature.

The local government will have 32 vaccination sites. These include the Makati Coliseum, Ospital ng Makati, villages, and public schools. 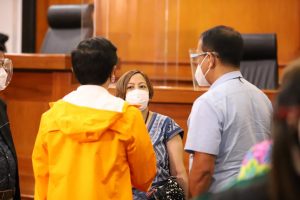 Phase 2 will focus on the community’s senior citizens and indigents. This will involve 104 vaccinator teams with 27 health personnel and 988 non-health personnel.

According to Binay, Makati is planning to increase the number of hours for its vaccination hours so that the city can achieve its target of vaccinating 11,000 people per day.

The local government also procured six bio freezers that could handle vaccines that have to be placed at temperatures of to -40 degree centigrade, bio refrigerators, transport coolers, and vaccine transport boxes.

The vaccine czar reiterated that LGUs need to take part in educating the public on the importance of getting the vaccine.

“Batid nating marami ang naguguluhan at natatakot sa mga panahong ito. With the proliferation of unverified and fake news, nangangailanan ang ating mga kababayan ng tama at wastong impormasyon tungkol sa bakuna. We are banking on the LGUs because you are the best influencers to your constituents,” sad Galvez.

The mayor echoed Galvez’s views, as she urged her constituents to get the right information, ask the right questions, and ask the right people regarding information on vaccines. She also appealed to the public to trust the national government.

“We need to trust our national government that they have the best intentions for us. Dahil kung hindi po tayo magtitiwala sa kanila, ay hindi matatapos ang pandemyang ito,” she said. END