Strengthening partnership for peace-building through dialogue

ZAMBOANGA CITY – The Office of the Presidential Adviser on the Peace Process (OPAPP) has over the years focused on sustaining the gains of the Bangsamoro peace process by recognizing the vital role of its partners and actively engaging them in dialogue.

The week-long campaign held in Zamboanga City, Basilan, Sulu and Tawi-Tawi was conducted in collaboration with the AFP through its Peace and Development Office as well as the Western Mindanao Command (WESMINCOM).

The activity aimed to enhance the knowledge and appreciation of members of the AFP and the Philippine National Police (PNP) on the Bangsamoro peace process, as well as update them on developments under the Normalization Program of the Comprehensive Agreement on the Bangsamoro (CAB).

“The campaign emphasized the importance of our joint undertakings when we are all working towards building on what we also worked on together to achieve,” GPH Peace Implementing Panel Chair and OPAPP Undersecretary David Diciano told personnel of the AFP and PNP during the dialogue. 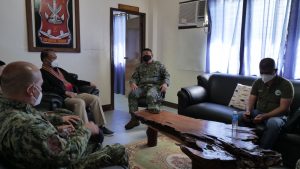 “We have come to impart knowledge, but we also learned a lot from you. This is a sign of a good partnership,” Chair Diciano added.

Diciano, a retired army general who was assigned in Mindanao for many years, emphasized that obtaining feedback and suggestions from troops on the ground are vital to the peace process.

The information campaign provided participants coming from Zamboanga and the island-provinces an opportunity to share their views as well as their experiences on the ground.

Likewise, Felicidario urged military officers to strengthen their ties with local government units in their respective areas of coverage by conducting regular meetings and consultations with them.

GPH Co-Chair of the Joint Normalization Committee Ariel Hernandez emphasized the importance of utilizing the “bottom to top approach” in finding solutions to peace and security concerns that need to be addressed, particularly at the community level. 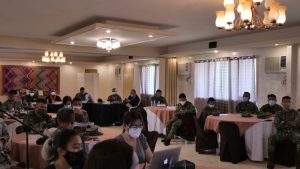 He added that the experiences of troops in the field, as well as information gathered from their places of assignment, should be shared with the peace panel as part of the documentation and consultation process.

He emphasized that the main goal of the intervention is to bring to justice arrested drug personalities.

Updates and development on peace-building programs

OPAPP Director and head of the GPH Peace Implementing Panel Secretariat Ishmael Bahjin discussed the features of the Bangsamoro government, explaining how it is helping to bring long-lasting peace and sustainable development in the region. 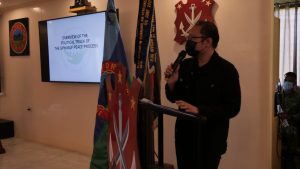 Under the normalization track of the CAB, more than 12,000 MILF-Bangasamoro Islamic Armed Forces (BIAF) members have undergone the second (third) phase of decommissioning and are now making the transition to peaceful and productive civilian life. 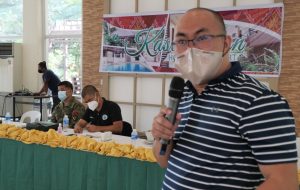 The international donor community is also actively supporting the peace and development initiatives being carried out by the national and Bangsamoro government by implementing infrastructure projects and livelihood programs in the region.###