Madalum, Lanao del Sur (3 December 2020) — Even as the government battles the COVID-19 pandemic, it has continued to carry out interventions to sustain the gains of peace in the Bangsamoro.

This, as the Office of the Presidential Adviser on the Peace Process (OPAPP), in partnership with the 55th Infantry Battalion, conducted an Information, Education and Communication campaign on the Bangsamoro peace process.

The activity aimed to update stakeholders on the status of implementation of the Comprehensive Agreement on the Bangsamoro (CAB), particularly on the government’s various peacebuilding efforts under the CAB’s normalization track. 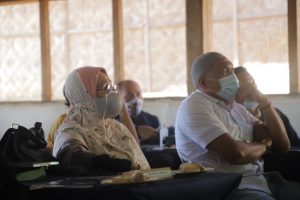 Other government initiatives include the construction of community-based infrastructure such as irrigation systems spearheaded by the National Irrigation Administration, as well rural health units with birthing facilities funded by the Department of Health and the Bangsamoro government.

Moreover, the Department of Trade and Industry, through its PRAISE program, and TESDA’s Technical-Vocational Education Training initiative, is helping to capacitate former combatants with essential livelihood skills.

Naparan agreed with Alano, as she emphasized that the successful implementation of the national and Bangsamoro government’s programs and projects will depend on the support coming from stakeholders.

She then urged the local chief executives, security forces, and MILF-BIAF members attending the activity to continue supporting the Bangsamoro peace process. 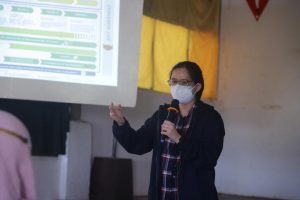 “We will ask for your continuing support because the local government units, security forces, various government agencies and the Bangsamoro communities are all part of the implementation of the CAB. We can all do this if we are all in this together,” Naparan said.

For her part, Bacolod Kalawi Mayor Nora Dipatuan expressed her people’s full support to the government’s peace and development agenda.

On the same day of the event, the OPAPP delegation, together with members of the 55th IB, trekked to the mountainous village of Liangan I to meet with the members of the MILF’s 101st, 102nd and 124th base commands.

During a town hall meeting, Naparan explained the purpose of their visit, as she called on the combatants to help the national and Bangsamoro governments push forward the peace process.

Johari Malindatu, barangay chairman of Liangan I and a MILF-BIAF member, pledged his community’s support behind the government’s peace and development agenda and its fight against terrorism. 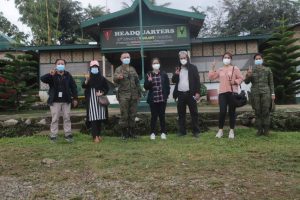 Malindatu assured the government that his community is working hand-in-hand with the security sector to prevent lawless elements from entering their community.