During a virtual press briefing, Heino Marius, chair of the TPMT, affirmed that bothparties have shown a strong commitment in pushing forward the Bangsamoro peaceprocess.

“We have no reason to believe that this will not be the case in the years to come,” he added.

The TPMT is an independent body created by the government of the Philippinesand the Moro Islamic Liberation Front in 2013 in Kuala Lumpur, Malaysia. It willcontinue to function until an Exit Agreement is signed by both parties.

The body is mandated to review, assess, evaluate and monitor the implementationof the Framework Agreement on the Bangsamoro (FAB) and its annexes.

Significant progress in the political track

As stated in its report, the party also welcomed positive developments on thepolitical track of the Comprehensive Agreement on the Bangsamoro (CAB) despitethe limitations the pandemic continues to pose among the parties.

“The Bangsamoro Autonomous Region in Miuslim Mindanao (BARMM) has beenestablished as an autonomous political entity and the foundation for meaningful self- governance under a parliamentary form of government has been put in place andthis in itself a very big achievement,” Marius noted. 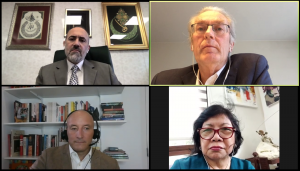 The BARMM was created following the success passage of the BangsamoroOrganic Law (BOL) which was subsequently ratified by the Bansgamoro people.

The Bangsamoro Transition Authority (BTA), which acts as the interim government of the region, is mandated to enact seven priority legislations that shall complete the governance structure of the BARMM.

The BTA passed the Administrative Code on October 28, 2020. On the same day, Education Minister Mohagher Iqbal also filed the proposed Bangsamoro EducationCode (BEC) with the Parliament.

“The legislative work continues at a steady pace even though restrictions on travelas a result of the Coronavirus disease (COVID-19) in the BARMM have impacted onthe timeline of the passage of priority legislations,” the report said.

“In parallel to the orderly process of establishment of a new regional government thenormalization process has also continued peacefully. Completing the first steps of decommissioning 12,000 BIAF combatants and 2,100 weapons is a major success,” the report said. 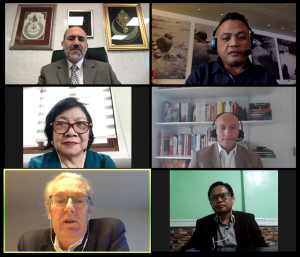 For his part, Office of the Presidential Adviser on the Peace Process (OPAPP) Undersecretary David B. Diciano, chair of the Government Peace ImplementingPanel, welcomed the report of the TMPT.

Diciano emphasized that the government remains committed despite the challenges brought by the COVID-19 pandemic.

“The Duterte administration remains sincere and committed to fully realize theaspirations of the Bangsamoro people as contained in the CAB as reflected in thereport,” he said.