“We wish to begin a culture that gives the investors, the constituents and other significant partners trust with the regional government. We wish to create an environment that promotes people-centered policies and programs,” Ebrahim added. 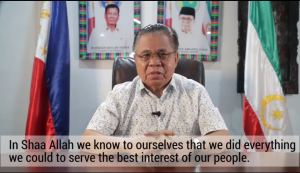 Composed of 13 chapters, the BARMM’s BDP is aligned and consistent with the Philippine Development Plan (PDP), the country’s economic and development blueprint. It articulates the overall socio-economic direction of the BARMM from 2020 to 2022 and beyond.

The eighty development goals identified in the BDP aim to: 1) to establish the foundations for inclusive, transparent, accountable, and efficient governance; 2) to uphold peace, security, public order and safety, and respect for human rights; 3) to create a favorable enabling environment for inclusive and sustainable economic development; 4) to promote Bangsamoro identity, cultures, and diversity; 5) to ensure access to and delivery of quality services for human capital development; 6) to harness technology and innovations to increase socio-economic opportunities and improve government services; 7) to increase strategic and climate-resilient infrastructure to support sustainable socioeconomic development in the Bangsamoro Region; and 8) to improve ecological integrity, and promote and enhance climate change adaptation, and disaster risk reduction to sustain resilience of communities in the Bangsamoro.

BARMM Executive Secretary, Minister Abdulrauf Macacua praised the Bangsamoro Planning and Development Agency (BPDA) under the leadership of Director General Mohajirin Ali for spearheading the formulation of the plan, saying it is “a step to achieve your desired goals. Goal without a plan is just a wish.” 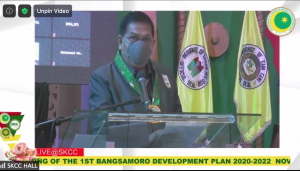 The National Economic Development Authority (NEDA), represented by Undersecretary Mercedita A. Sombilla said “the NEDA along with the entire national government is fully committed to support all implementation of BDP, as well as the successful transition of the region to a developed Bangsamoro.”

“We are committed to work with you every step of the way, not only for the Bangsamoro but for the entire country,” Sombilla added. The NEDA is the BPDA’s counterpart in the national government and as such, provided the latter with technical advice in the crafting of its BDP. 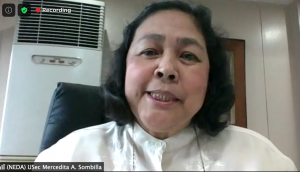 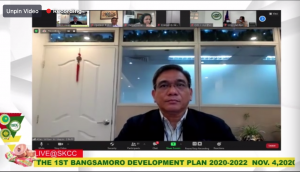 He noted despite difficulties the BARMM government faced in the crafting of the BDP, it continued to forge ahead and complete the formulation of the plan.

“We know that things have not been easy for the past two years. You had to confront many challenges during the transition process. But these trials did not stop you from achieving your goals,” Galvez said.

“These CTPs are anchored on the BDP to ensure that these once conflict-affected areas are transformed into peaceful and productive communities,” he said. 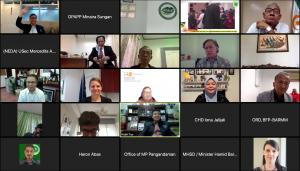 “It is important to have an inclusive approach and to bring in all stakeholders. We will continue supporting the Bangsamoro region for years to come. You can rely on us and we will remain with you over the next years,” said Christoph Wagner of the EU.

Sheona McKena of the Australian Embassy said the BDP “outlines a clear plan for inclusive work in the region,” they are delighted to see that “the Bangsamoro Government has recognized the protection of the most vulnerable sectors.”

On behalf of the United Nations and the IOM, Kristin Dadey congratulated the Bangsamoro government, pointing out the BDP “ outlines the needs and aspirations of the Bangsamoro people, and it is a powerful driver of sustainable development for communities.”