For the men and women gathered at the open field, the halving of these high-powered weapons was symbolic in every way; it was closing a sad chapter in their people’s history and starting a new one — filled with hope and optimism. 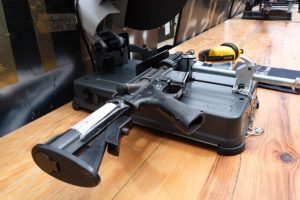 A total of 444 firearms have so far been inventoried by the PROCOR and OPAPP, which are set to be put beyond use. 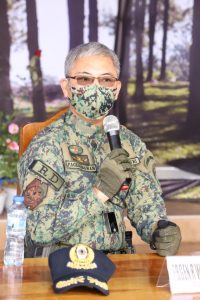 “Welcome to this critical event in the destruction of turned-in firearms under the Normalization Program for the Cordillera Bodong Administration – Cordillera People’s Liberation Army (CBA-CPLA),” Pagkalinawan said.

The PROCOR and the Office of the Presidential Adviser on the Peace Process (OPAPP), led the ceremonial destruction of firearms turned over by members of the CBA-CPLA to the government as part of its commitment under the 1986 Mt. Data Peace Accord.

The peace deal was signed on September 13, 1986, which led to the ceasefire between the former revolutionary organization and the government.

“The turn-over of firearms and its subsequent demilitarization is part of the continual commitment between the government and the CBA-CPLA for the transformation of former members of the CPLA to support the peace and development in the region,” Pagkalinawan said.

A total of 444 firearms have so far been inventoried by the PROCOR and OPAPP, which are set to be put beyond use. 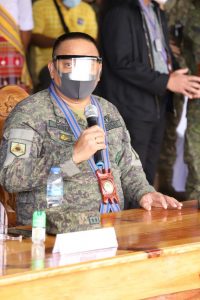 “This is a success story recognizing the voices of the Cordillerans and the government’s response to achieve the overall lasting peace and prosperity,” said 5th Infantry Division Brigadier General Lawrence Mina.

For his part, Presidential Peace Adviser Carlito Galvez Jr. noted that by turning over their weapons to the government, CBA-CPLA members have demonstrated their sincerity and commitment to achieve just and lasting peace in the region.

Building on the gains of peace

According to Galvez, putting the CBA-CPLA’s weapons beyond use is only the beginning of a comprehensive development program for the organization whose members are now living as peaceful and productive citizens.

He said there is also a need to support the group through the provision of livelihood and socio-economic interventions under the government’s OPAPP’s PAyapa at MAsaganang PamayaNAn (PAMANA) Program. 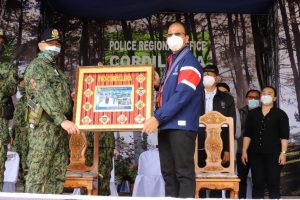 Among these proposed initiatives, Galvez said, are the construction of farm-to-market roads, bridges, and other vital infrastructure that will help create livelihood opportunities for CBA-CPLA members and boost their incomes.

He emphasized that the support of Congress will be crucial in the implementation of these proposed PAMANA projects in CBA-CPLA communities that are worth around Php 200 million.

“We would therefore like to call on our honorable legislators to support our CBA-CPLA brothers and sisters by approving the budget we submitted for much-needed PAMANA projects,” the peace adviser said. 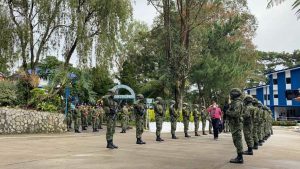 Further, the Armed Forces of the Philippines’ 5ID and Northern Luzon Command and PROCOR pledged to support the GPH – CBA-CPLA peace process through the army reintegration program under the peace deal’s socioeconomic integration component.

“CPLA members were integrated both as officers and enlisted personnel for the Armed Forces of the Philippines (AFP). Aside from that, we also supported scholarships and livelihood programs, and employment as forest guards for the former combatants. We have succeeded not just as Cordillerans but as Filipinos,” Mina said. 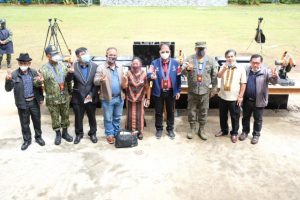 Meanwhile, Sadanga Mayor Gabino Ganggangan, who is also a CBA leader, emphasized that armed struggle will not help resolve the concerns confronting the Cordillerans over the past decades. 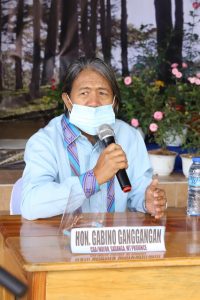 “We’re very much aware na sa Cordillera, there are still these front organizations who keep on continuing to recruit our minors or to the armed struggle.  For whatever reasons na pinaglalaban nila — women’s rights, political rights — I think there is an appropriate way to express your sentiments,” Ganggangan said.

The CBA leader stressed that it is only through a democratic form of governance that the people of the Cordillera shall be able to move forward. The bigger challenge, he said, is how to resolve issues through peaceful means and not through acts of violence.

The CBA-CPLA, formerly known as the Lumabaya Company, was formed in 1985. The group was led by the late Fr. Conrado Balweg who announced the organization’s split from the Communist Party of the Philippines – New People’s Army (CPP-NPA)

In the meantime, Galvez also threw his full support behind House Bills 5687 and 7778, which aims to establish a Cordillera Autonomous Region (CAR).

The CBA-CPLA is among the groups who have been actively supporting the creation of the CAR, which is envisioned to bring long-lasting peace and sustainable development in the region.