“The Philippine government recognizes the immense contribution of Brother Jikiri in the realization of the Bangsamoro government, as he was one of the staunchest advocates and pillars of the Bangsamoro peace process. It is through his passion, determination and commitment that we are now closer to achieving our collective vision of bringing just and lasting peace in Mindanao,” Sec. Galvez said.

“It was a very cordial discussion. The President conveyed his sympathies to the family in their grieving time, and told them how important their father’s contributions were that brought peace to Sulu,” Galvez said.

Jikiri: A man of peace

Jikiri is both known as a public servant and man of peace. He joined the MNLF and eventually rose to become one of its top commanders and the Chief of Staff of the Bangsamoro Armed Forces. He eventually elected and assumed the chairmanship of the MNLF Council of Leaders from MNLF previous Chair Muslimin Sema in 2017.

Years after the signing of the Final Peace Agreement (FPA) between the government and the MNLF in 1996, Brother Jikiri served the people of Sulu as their governor from 2001 to 2004, and subsequently, as district representative of the island province from 2007 to 2010. It was during his stint as a public official that he demonstrated his ability to bring stakeholders together and work for the common good.

He was also instrumental in the conclusion of the tripartite review process (TRP) signed in Jeddah, KSA in 2016 that would guarantee the implementation of all the remaining commitments made under the 1996 FPA between the government and the MNLF. 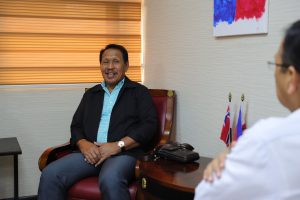 He worked hard to ensure the welfare of his comrades in the MNLF. As MNLF chair, he made sure that the organization would have a strong voice and be adequately represented in the Bangsamoro Transition Authority (BTA) following the ratification of the BOL.

Brother Jikiri also spearheaded the creation of the Government of the Philippines (GPH)-MNLF Coordinating Committee, a body that was created to ensure the implementation of the remaining commitments of the 1996 FPA.

Meanwhile, Western Mindanao Command chief Lt. Gen. Corleto Vinluan, Jr. recognized Chairman Jikiri as being “instrumental in the establishment of a strong partnership between the military and the MNLF.”

“The MNLF played a vital role in the attainment of our numerous significant accomplishments in our campaign against terrorism in the province of Sulu,” the commander added. 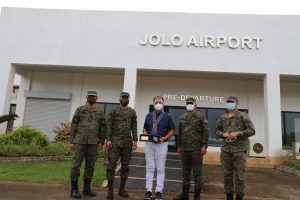 In 2017, the MNLF Central Committee under Jikiri’s stewardship partnered with the Armed Force of the Philippines 2017, as they launched an anti-kidnapping and terrorism task force to end the menace of terror groups, particularly the Abu Sayyaf, from the island-province of Sulu.

Sec. Galvez, Jr., Lt. Gen. Vinluan, Jr., MGen William Gonzalez and other military officials, together with the local chief executives of Sulu led by Sulu Governor Abdusakur Tan joined the Jikiri family on the 7th day of prayer for the late MNLF Chairman. 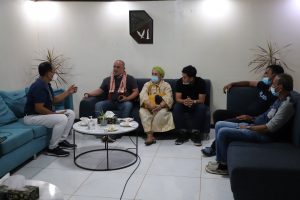 They were received by Chairman Jikiri’s wife Dayang-Dayang Hja. Harija Dasani Jikiri and their 12 children at their residence in Pasil, Indanan, Sulu.