OPAPP: Transforming former combatants into agents of peace and dev’t

PASIG CITY (September 30, 2020) – At the heart of the Duterte Administration’s Peace and Development Agenda is the ongoing transformation of more than 15,000 former combatants and insurgents into peaceful and productive civilians.

Amid the challenges brought about by the COVID-19 pandemic, the government, through the Office of the Presidential Adviser on the Peace Process (OPAPP), continues to push forward the comprehensive Philippine peace process.

From the decommissioning of ex-fighters, to the conduct of virtual peace dialogues, to the implementation of community-driven projects in conflict-affected areas, to fulfilling the government’s commitments under signed peace agreements, OPAPP has continued to sustain the gains of peace.

This year’s celebration of the National Peace Consciousness Month, with the theme “Nagkakaisang Bayan Tungo sa Ligtas at Mapayapang Pamayanan” calls upon every Filipino to unite, work hand in hand, and build a safer, progressive and more peaceful nation.

“We have come a long way in our journey towards peace, and we are committed to fulfill our obligations, as stipulated under all signed peace agreements under the different peace tables,” Presidential Peace Adviser Secretary Carlito G. Galvez, Jr. said.

More than a year after the implementation of the Bangsamoro Organic Law (BOL), which paved way for the creation of the Bangsamoro Autonomous Region in Muslim Mindanao (BARMM), OPAPP has helped the BARMM interim government strengthen its capacity to better serve its constituents and address long-standing problems confronting the region. 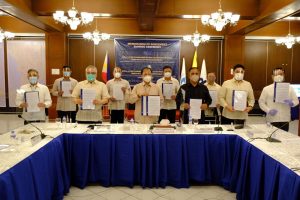 In the political-legislative track, the Intergovernmental Relations Body or IGRB was established to further strengthen the relationship between the national and BARMM governments.

Through this innovative mechanism, the two governments shall be able to discuss pressing issues and mutually find solutions to address these concerns. 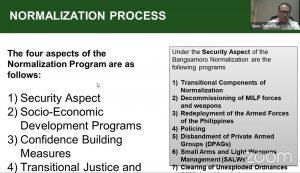 Conversations on the Bangsamoro:Updates on the GPH-MILF Peace Process Webinar, 23 & 25 September 2020

Under the Normalization Track, 12,000 members of the MILF-Bangsamoro Islamic Armed Forces (BIAF), and 2,100 firearms have successfully undergone the second phase of decommissioning.

The 12,000 decommissioned combatants will receive socio-economic assistance from the national government, which includes transitional cash assistance provided upon decommissioning, as well as health insurance, and other benefits which aim to uplift the well-being of the former fighters for their transition to civilian life.

Conversations on the Bangsamoro:Updates on the GPH-MILF Peace Process Webinar, 23 & 25 September 2020

Also under the normalization track, 15 Joint Peace and Security Teams (JPST), composed of members of the BIAF, Armed Forces of the Philippines, and Philippine National Police, were established.

MNLF: Sustaining the gains of peace

Twenty four years after the signing of the Final Peace Agreement between the government and Moro National Liberation Front (MNLF), the Duterte Administration continues to engage the organization’s two groups — led by Founding Chair Nur Misuari and Yusop Jikiri — in peaceful dialogue.

“Our primary goal is to fulfill all the promises we have made under the 1996 peace agreement. This is among the marching orders of the President,” Galvez emphasized.

Since President Duterte took office, he and members of his cabinet have held several meetings with Chairman Misuari, where the latter committed to help the government ensure peace and development specially in the province of Sulu. 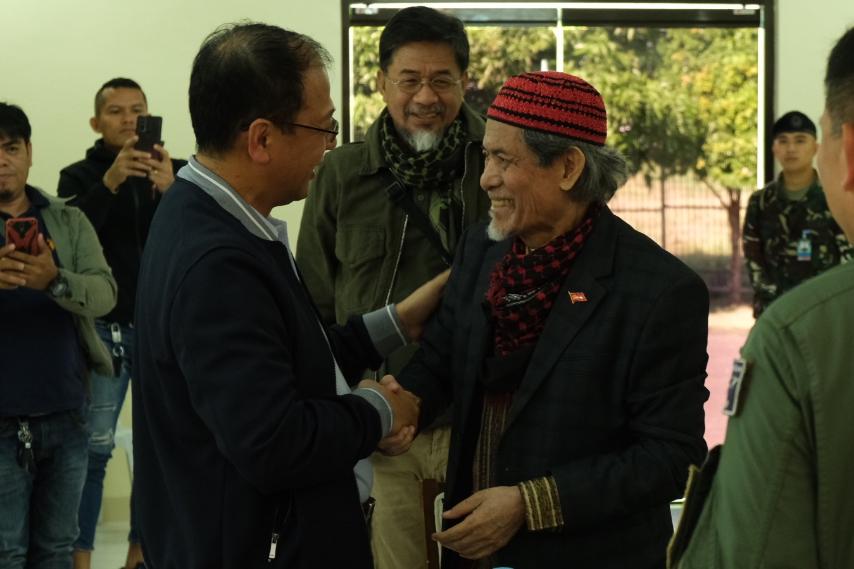 The government also held similar meetings with the Jikiri group wherein the latter vowed to fully support the implementation of the Bangsamoro Organic Law. A separate GPH-MNLF coordinating committee was established with the Jikiri group to ensure that all the commitments made by both parties will be realized. 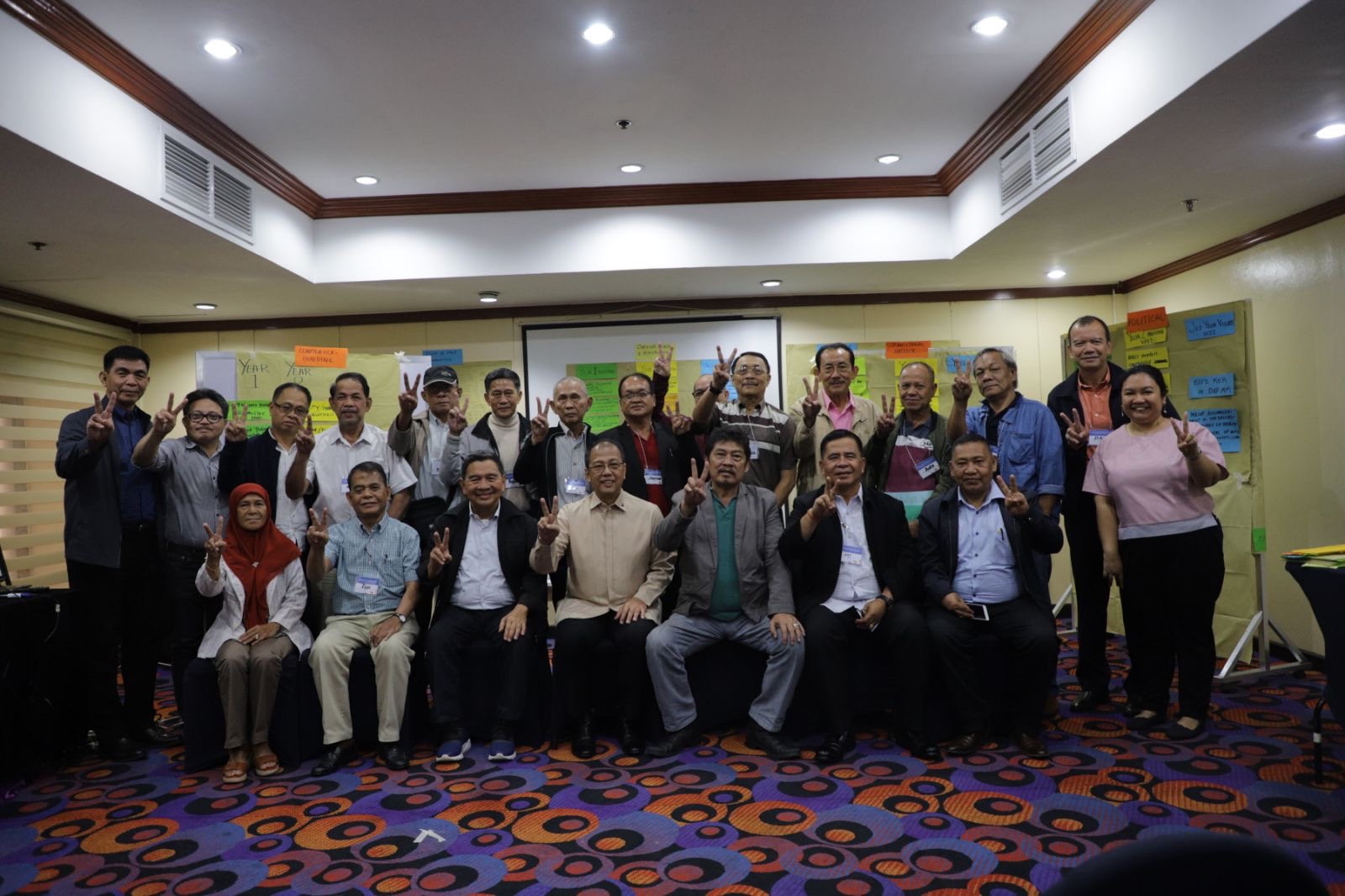 These meetings resulted in the creation of the GPH-MNLF Coordinating Committee, which aims to facilitate the completion of the remaining deliverables under the 1996 Final Peace Agreement and pursue a transformation program for the MNLF combatants, their families and communities as they journey to peaceful and productive individuals.

As the Duterte administration intensifies its efforts to end the communist insurgency, it is implementing a “Whole-of-Nation” Approach wherein national line agencies, LGUs, and civil society groups are closely working together to bring sustainable peace and development in conflict-ridden areas.

As embodied in EO 70, tasked to implement this strategy is the National Task Force to End Local Armed Conflict (NTF-ELCAC). Secretary Carlito Galvez Jr. serves as the Cabinet Officer of Regional Development and Security (CORDS) for Region III. 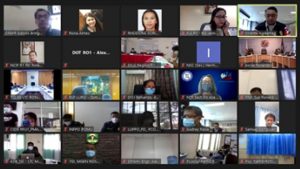 According to the peace adviser, these peace engagements will be crucial in ending the communist armed conflict in the country. They are empowering local government units and members of the community to effectively address peace-related issues in their areas. 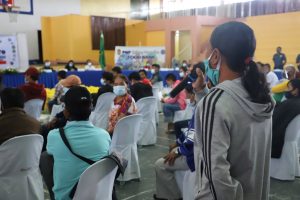 “Through these dialogues, hundreds of members of armed groups have already surrendered and returned to the folds of the law. We expect that more will do the same and see the value of what the government is doing to help them,” Galvez added.

“The implementation of the Clarificatory Implementing Document (CID), signed by the group and the government demonstrates that good things come to those who choose the path of peace,” Galvez said.

Through the signing of the CID, the ongoing implementation of the Normalization Plan is expected to benefit thousands of the group’s members. 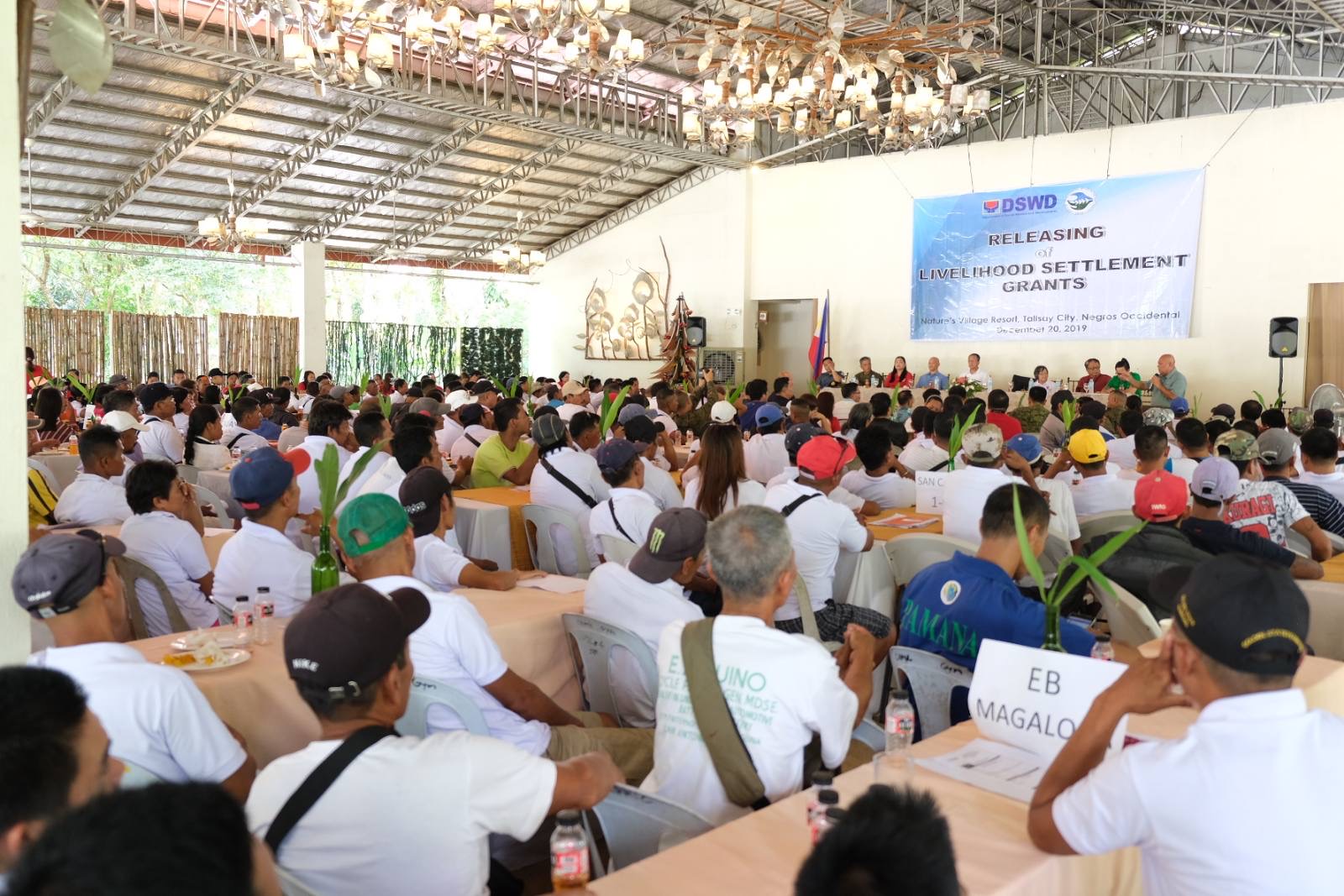 To ensure the plan’s efficient implementation, the following mechanisms were created: Joint Enforcement and Monitoring Committee, Joint Body on the Disposition of Forces, Site Coordination Teams, and the Socio-Economic Reintegration Cluster.

In order to help the former rebels reintegrate into society, OPAPP has started to conduct  livelihood trainings and workshops for the group. Settlement sites are being established for the organization’s members.

CBA-CPLA: From from fighters to environmental stewards

For the government’s peace process with the Cordillera Bodong Administration – Cordillera People’s Liberation Army (CBA-CPLA), OPAPP is leading a “winding down” process to help members of the former armed group live peaceful and productive lives.

As contained in the 2011 memorandum of agreement signed between the national government and the group, a total of 444 firearms have been inventoried, 345 of which have already been turned over to Police Regional Office – Cordillera.

Currently, 508 members of the group work as forest guards under the DENR-OPAPP Forest Guard Program. Under this set-up, the former rebels now act as stewards of the environment, while earning a stable income for their families

OPAPP has also identified 81 Community Development Projects to be implemented in the 57 communities where the CBA-CPLA members are residing. These include farm-to-market roads, communal irrigation systems, tribal centers, warehouses, and pathways.

Moreover, OPAPP is also helping the group to achieve genuine autonomy in the Cordillera, as well as conducting regular peacebuilding and peace-promoting activities for members of the organization. 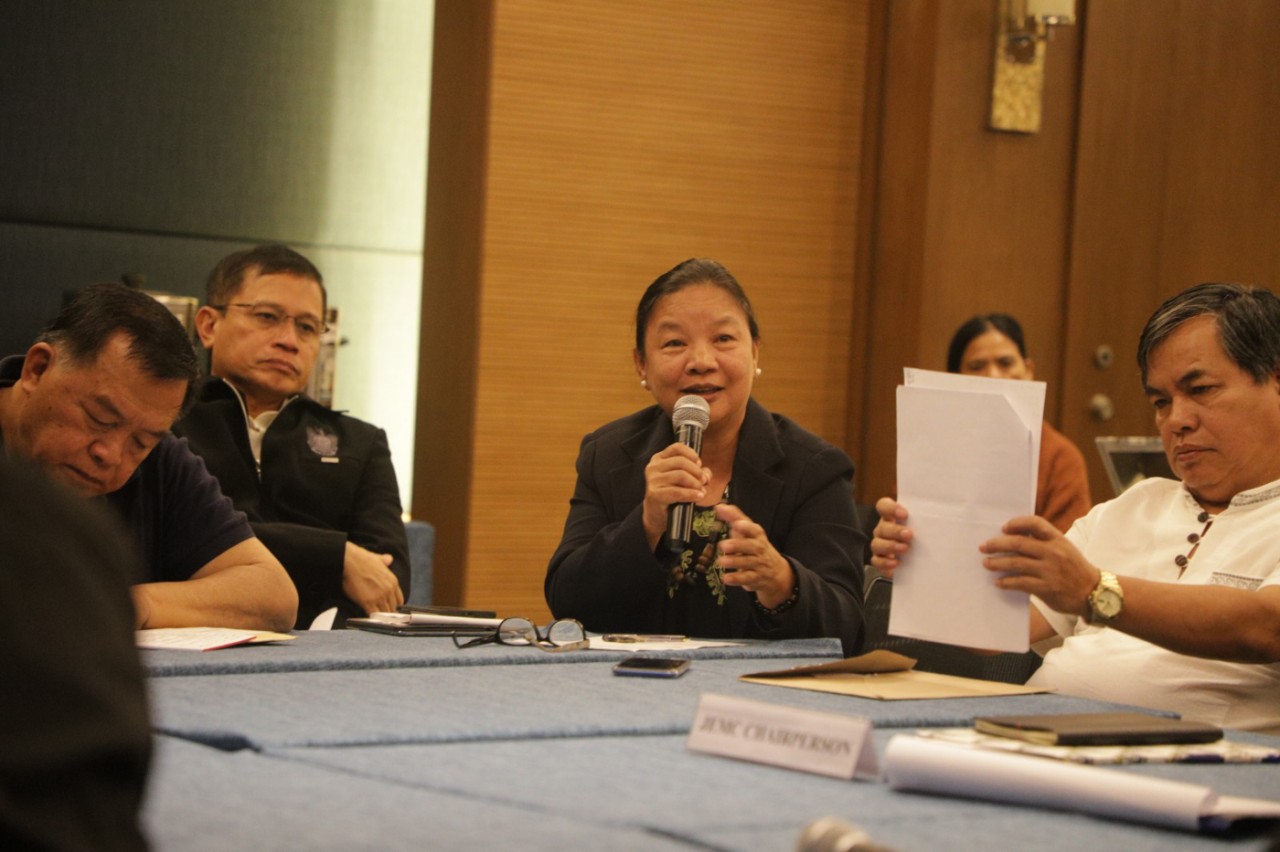 All these interventions are being lodged under a mechanism called, Joint Evaluation and Monitoring Committee (JEMC). The JEMC, created during the last quarter of 2019, will serve as the mechanism to collate, discuss, analyze and implement interventions of completing the commitments of the government for the CBA-CPLA Peace Process.

It is composed of an (i) Executive Committee; (ii) Secretariat (inter-agency, with OPAPP as the lead); and four (4) sub-clusters corresponding to each of the components.

Over the past three years, OPAPP has been implementing its Social Healing and Peacebuilding Program (SHAPE), which aims to carry out the government’s recovery and rehabilitation efforts among those affected by the Marawi siege.

SHAPE is a multi-stakeholder initiative that is being implemented in partnership with Task Force Bangon Marawi, which is composed of representatives from line agencies, local government units, civil society and members of the security sector.

Through SHAPE’s various interventions, it seeks to promote social cohesion and reconciliation among residents, while mainstreaming the culture of peace, mutual understanding and solidarity among the people.

In particular, the program is focused on addressing the needs of the most vulnerable sectors such as women and the youth. In light of the current situation in Marawi, the youth sector remains highly susceptible to recruitment by radical groups.

To address this concern, SHAPE is conducting peace conversations wherein the women and youth can openly express their views, fears and apprehensions, and consequently, empower them to become agents of peace in their communities. 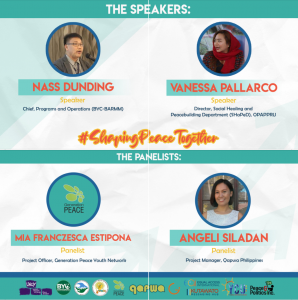 “All of OPAPP’s activities aim to break down the walls of fear, anger and distrust, and build bridges of peace, cooperation and hope among the people. We believe that this is the only way for the people to move forward,” Galvez said.

Under the program, OPAPP is also helping the people of Marawi rebuild their lives by helping them earn a living. In partnership with civil society organizations, the agency is conducting livelihood trainings that will capacitate residents as entrepreneurs.

Residents in barangays across the city are now working hand in hand to produce food and non-food items, which they sell in markets and trade fairs. As they earn, they will rely less on the government for assistance and develop greater faith in themselves.

To address the root causes of the armed rebellion, the government continues to implement its Payapa at Masaganang Pamayanan (PAMANA) Program, which implements community-driven development projects across remote, conflict affected areas in the country.

Since 2011, PHP 54.14 billion worth of PAMANA projects have been carried out in communities that are part of the Completion Program with CBA-CPLA, RPM-P/RPA/ABB-TPG, and MNLF, as well as those areas affected by armed conflict fueled by the Communist Party of the Philippines/New People’s Army/National Democratic Front. 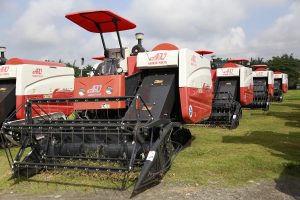 “Through the PAMANA Program, people have more opportunities to have a decent livelihood, improve their quality of life, and build peaceful, progressive and resilient communities,” Galvez said

As the oversight agency of the PAMANA Program, OPAPP collaborates with line agencies, LGUs, and other local partners to implement various “hard” and “soft” projects in communities across the country.

Among these projects are farm-to-market roads, water systems, irrigation facilities, and rural electrification systems. All of these infrastructure are designed to create more economic opportunities for the people and boost the agricultural productivity of communities. 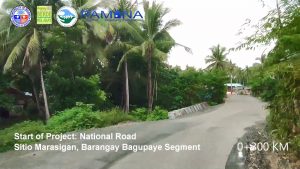 “Despite the health crisis we are now experiencing, OPAPP is determined more than ever, to continue the peacebuilding work we have been doing over the past 27 years, and help create a better, brighter and more peaceful future for all Filipinos,” Galvez concluded. ###