Camps Transformation: An inclusive path to development in the Bangsamoro

Datu Saudi Ampatuan, Maguindanao (16 October 2020) — The heavy downpour the night before made the already rugged terrain in this highland village even more challenging to traverse. After more than half an hour of carefully navigating the cliff lining the rain-soaked mountain range, the team finally reached Sitio Bagong, Barangay Kabingi, home of the Tedurays, the highland tribe of Maguindanao.

For members of the Teduray tribe, however, the unpaved, muddy terrain of their community has constrained them from realizing their land’s full agricultural potential. For instance, the lack of farm-to-market roads has made it difficult for them to transport produce from farming areas to markets. This is a concern which the camps transformation component of the normalization process under the Comprehensive Agreement on the Bangsamoro (CAB) hopes to address. 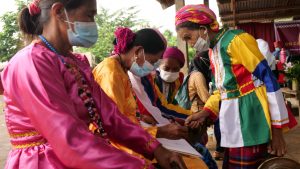 Inclusive development: No one left behind in the Bangsamoro

After traversing the highlands of Datu Saudi Ampatuan, the JTFCT delegation along with co-chair and member of the Government of the Philippines Peace Implementing Panel (GPH-PIP) David Diciano braved heavy rainfall to meet with the tribal leaders of North and South Upi in Maguindanao to hear their sentiments and gather suggestions on how to spur development in their communities.

Welcoming the members of the task force was Upi Mayor Ramon Piang who was once a member of then-GPH Peace Negotiating panel in 2010-2012 representing the IPs, and a Teduray timuay (chieftain) himself. “There is nothing impossible as long as we sit and talk. Let us understand each other’s role for the peace agreements to move forward,” Piang declared. 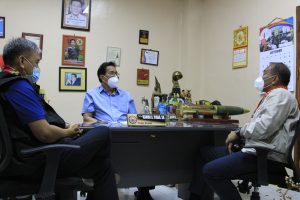 The CTPs includes socioeconomic programs that are considered as embodiment of the hopes and aspirations of every Bangsamoro, and are expected to transform their camps into productive, peaceful, civilian and sustainable communities. 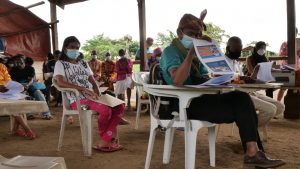 The inputs gathered during the consultation forums will be integrated into the CTPs. The plans, which cover a six-year implementation phase, are set to be completed and turned over within the last quarter of this year.

During the forums, Ampatuan assured members of the IP community that their rights shall be recognized under the Bangsamoro Organic Law (BOL).

“Hindi pinapabayaan ang welfare ng IPs, bagkus ay pinalakas ito ng BOL. Kayo ay maswerte because of the BOL. It is provided in the BOL that there should be an IP code,” she said. 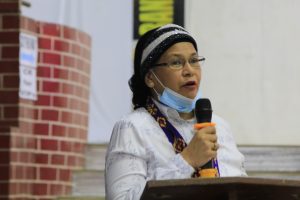 “The only objective of transforming these camps is to make [them] as productive as possible. Mas mayaman tayo kaysa [karatig bansa] pero hindi natin alam paano gamitin ang ating kayamanan,” she added.

For his part, Diciano emphasized that the programs and projects to be implemented under the CTPs shall benefit everyone in the community, regardless of tribe, religion or ideology. 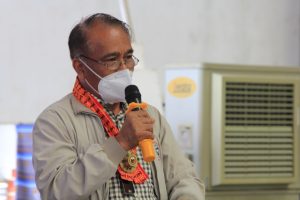 Member of Parliament Romeo Saliga, who represents the IP sector in the Bangsamoro Transition Authority (BTA), stressed the importance of addressing the needs of the country’s IPs in order for genuine development to take root in the region.

The visits of the JTFCT to the IP communities coincided with this year’s celebration of National Indigenous Peoples Month which highlights the rich culture and traditions of the country’s IPs. The year’s theme is “IPRA @ 23: Correcting Historical Injustices.” 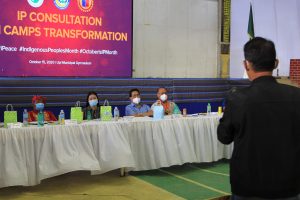 Representing BPDA director-general was Engr. Mohajirin Ali, Engr. Mohammad Hadafie Abubakar, who assured the IPs that the Bangsamoro government “will protect the IP’s rich culture and heritage, and ensure that BARMM policies will not discriminate against their traditions.”

TJR: Towards healing and reconciliation

The JTFCT consultations also became a gathering for former adversaries who are now working together to bring genuine peace and development in the Bangsamoro. The rifles they once carried have now been replaced by folders full of project proposals and development plans.

De Mesa, a retired brigadier general of the Armed Forces of the Philippines (AFP) and now director of the PAyapa at MAsaganang PamayaNAn (PAMANA) National Program Management Department (NPMD), sat side by side with Kashmir Mohamad, base commander of the MILF’s 104th base command, who now acts as the JTFCT’s camp coordinator for Camp Badre.

De Mesa and Mohamad recalled how they once stood on opposite sides of the battlefield, as they strategized on their next offensives. But after the signing of the CAB, the wounds of the past have started to heal, as both sides have realized that decades of armed conflict cannot be resolved through armed force but through peaceful dialogue. 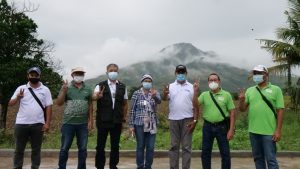 Transitional justice and reconciliation (TJR) is among the major components of the normalization track. TJR aims to address the legitimate grievances of the Bangsamoro people, as well as the Moro and non-Moro IPs and settlers, through healing, mutual understanding and reconciliation. 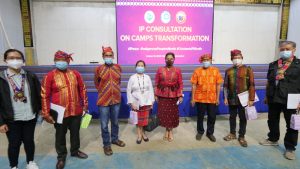