Valenzuela LGU to test 10% of its population for COVID-19

VALENZUELA CITY (September 1, 2020) — The local government of Valenzuela City targets to test at least 10% of its population by year end in a bid to curb the transmission of COVID-19 in communities.

“As early as July 20, we had 2% of our total population tested so that is 14,420 individual tests. Ang projected population namin [is] 664,613. Now as of August 30, we are up to 20,729. We want to target at least 10% of the population come year end,” Valenzuela City Mayor Rex Gatchalian said during the visit of the Coordinated Operations to Defeat Epidemic (CODE) Team led by National Action Plan (NAP) against COVID-19 Chief Implementer Carlito G. Galvez Jr., and NAP Deputy Chief Implementer Vivencio “Vince” Dizon to the city on Tuesday. 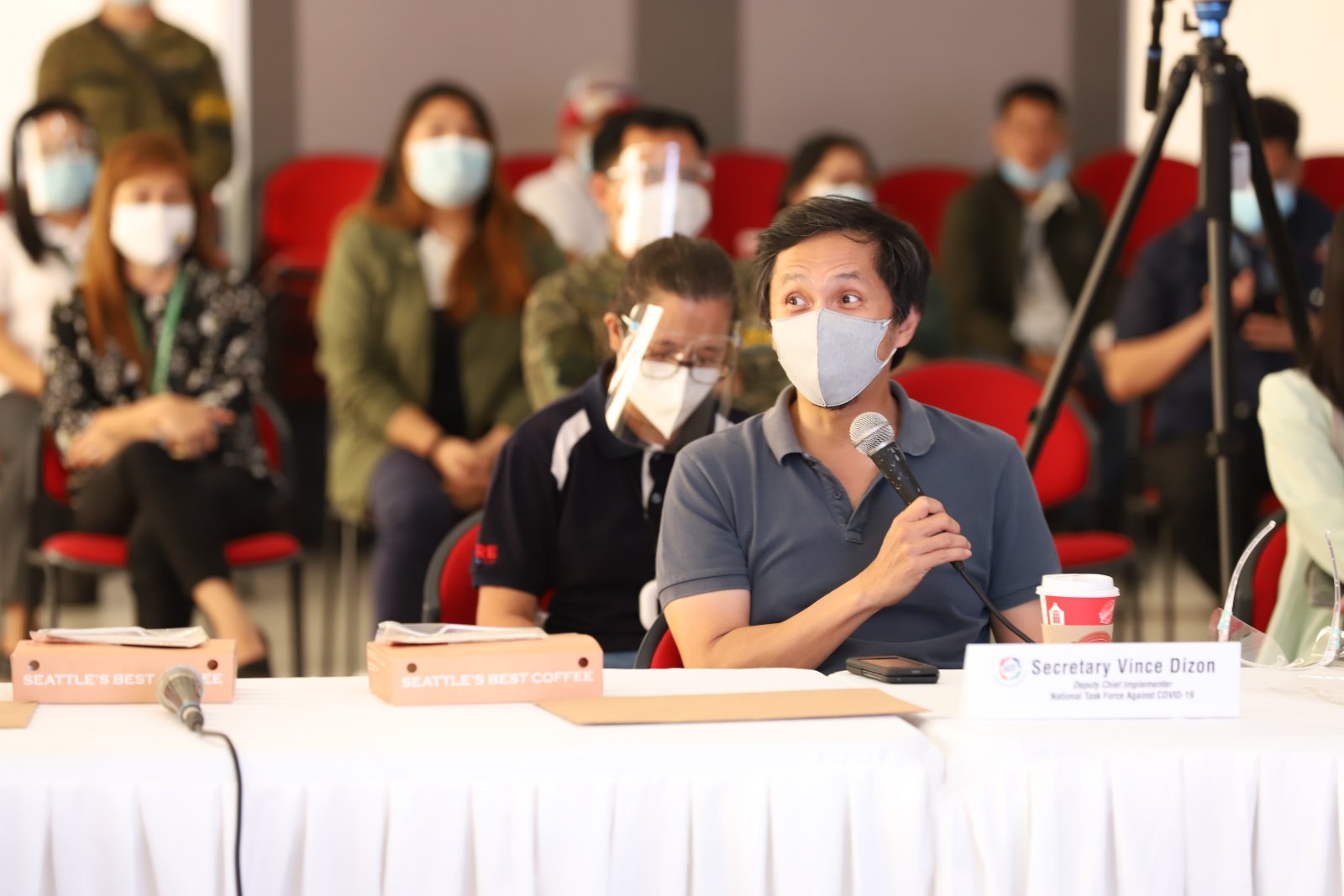 Gatchalian said all tests were made using reverse transcription polymerase chain reaction (RT-PCR), which is considered the gold standard in COVID-19 testing.

“We haven’t done a single rapid test in the city of Valenzuela. We have not touched the kits na rapid. We don’t subscribe to that,” he said. 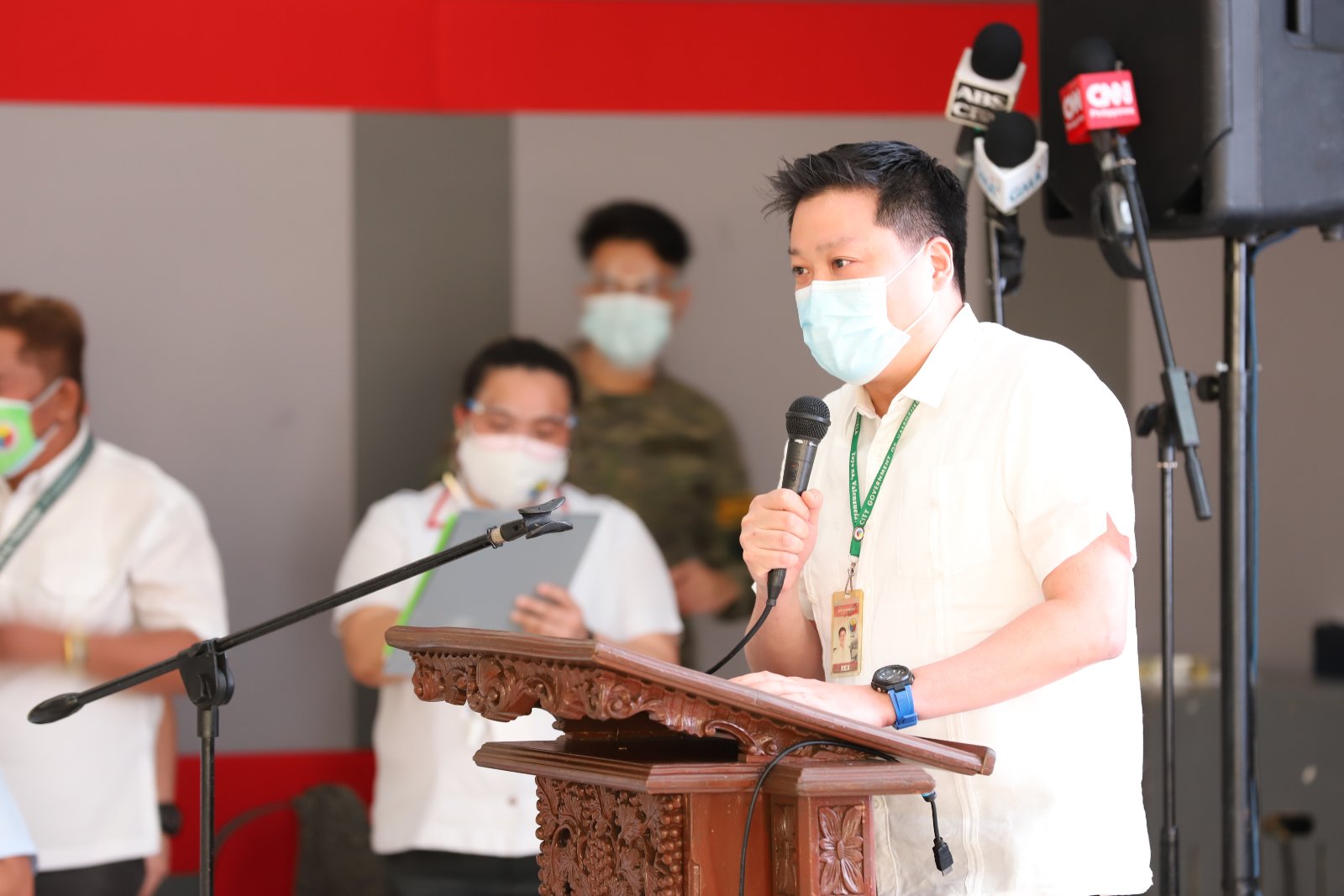 According to the Mayor, the city government began testing both symptomatic and asymptomatic residents at the onset of the health crisis to immediately contain the spread of the virus.

“I just wanted to reiterate that we are the first LGU to do the local mass testing but we didn’t do that on our own. We explored the PPP (public and private partnership) option. We were the first to sign a deal with the private laboratories,” he noted.

According to Gatchalian, the LGU of Valenzuela is now capable of conducting “close to 700 to a thousand tests every day.”

To ensure the safety of frontliners, he said “we were probably one of the first to do local testing of our front liners. As of August 30, 38% of our total population that we’ve tested are frontliners.”

“Kasama na d’yan ang medical and non-medical, pati na ‘yung mga barangay officials namin who are part of the Social Amelioration Program and all the relief efforts. They were all tested and will be tested again,” Gatchalian said.

He said the city does not have centralized swabbing areas. Instead, it has medical teams which conduct home swabs. 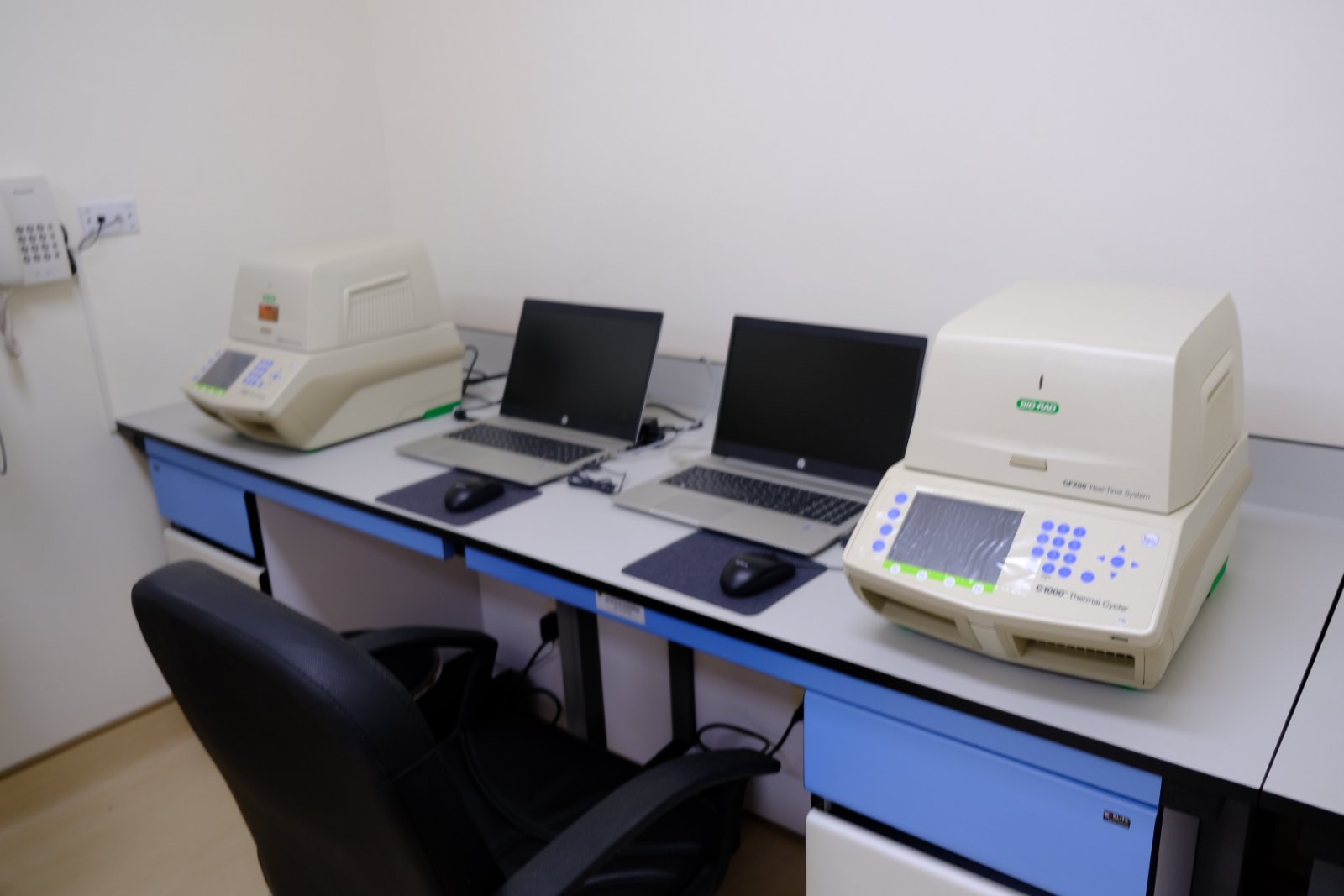 “We maintain a group of 58 medical technologists to do home swabs,” he said, adding “They go to your house. They do the testing. You don’t have to leave the house.”

Gatchalian said the city government has allocated funds of more than Php 106-million to purchase the test kits.

To boost its testing capability, Mayor Gatchalian said the city’s state-of-the-art molecular laboratory is soon to operate. Located inside the city’s main hospital, the 500-square meter laboratory building will be able to run initial 270 and up to 700 PCR tests per day.

The future intention of Mayor Gatchalian is that the laboratory will cater initially to Valenzuela and eventually to the areas of Caloocan, Malabon, Navotas, and Bulacan province.

As part of its tracing efforts, he said the city has launched an automated contact tracing system.

Gatchalian said the LGU set up the Valenzuela City Mega Contact Tracing Center, which is being manned by 160 full-time call center agents who act as contact tracers. They provide support to surveillance officers who are doing the validation on the ground.

The city has adapted various software technologies and applications to aid them in contact tracing. In addition, doctors were also being tapped to operate the city’s telemedical care to provide the needed medical advice for the people. 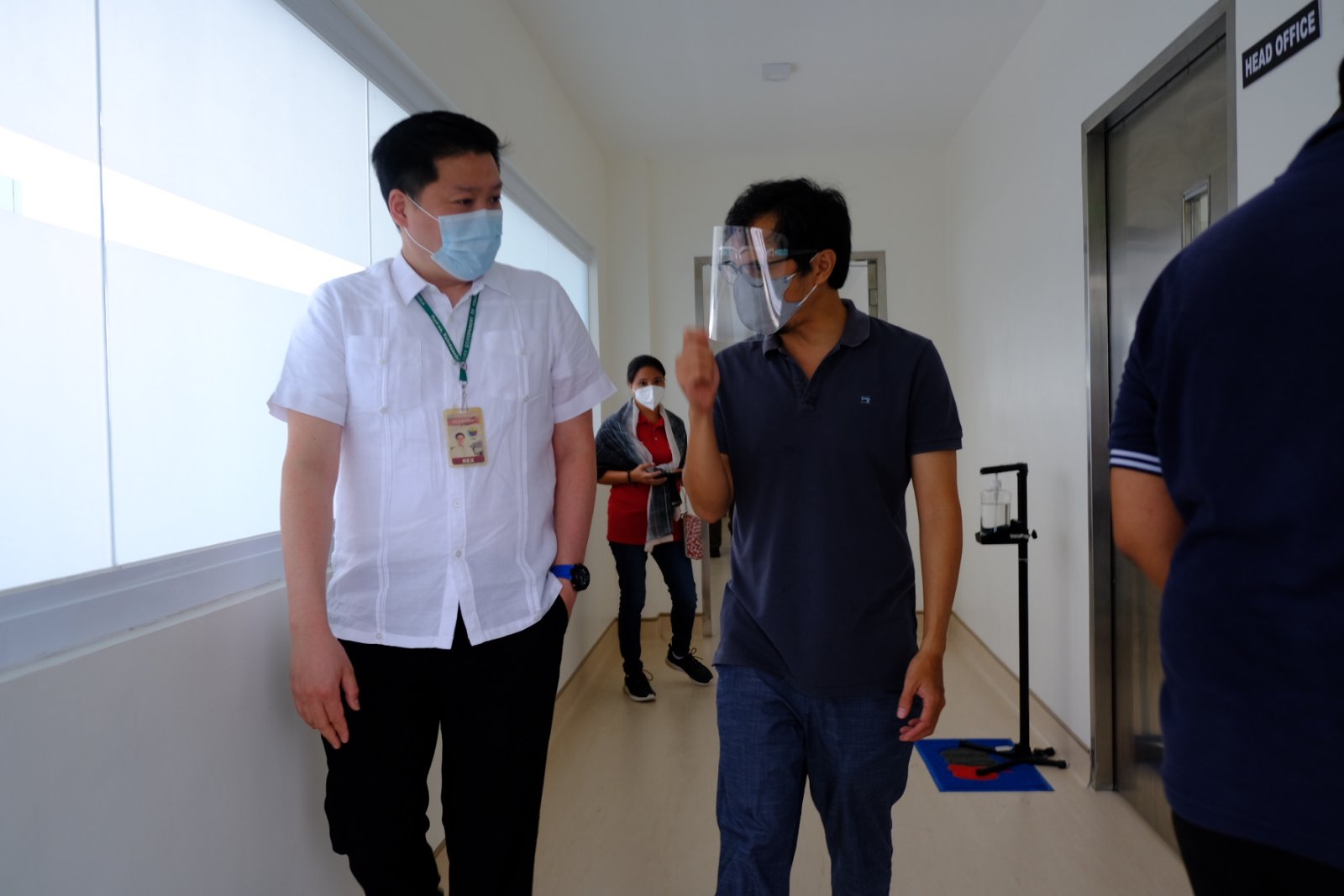 To ensure the effectiveness of its isolation efforts, he said the city implements a “no home quarantine protocol.”

“We do not allow home quarantine. The process is, when you are determined to be positive, we pull you out. We put the house on lockdown while waiting for the swab test and swab results. Once may positive, we keep on pulling you out,” Gatchalian explained.

“The only time we allow a home quarantine is ‘pag may mental and physical issues,” he added.

To date, the city has at least 1,040 beds dedicated for COVID-19 patients spread across 12 isolation units. The Department of Public Works and Highways is building a new 40-bed isolation facility which can start accommodating patients within the week.

Gatchalian said the city is also converting a newly-built drug rehabilitation facility into a quarantine facility. It provides 24/7 medical assistance and can handle close to a hundred patients.

Meanwhile, testing czar Vince Dizon lauded the efforts being carried out by the local officials of Valenzuela City, saying that the LGU has been relentless in its efforts to address the health crisis. 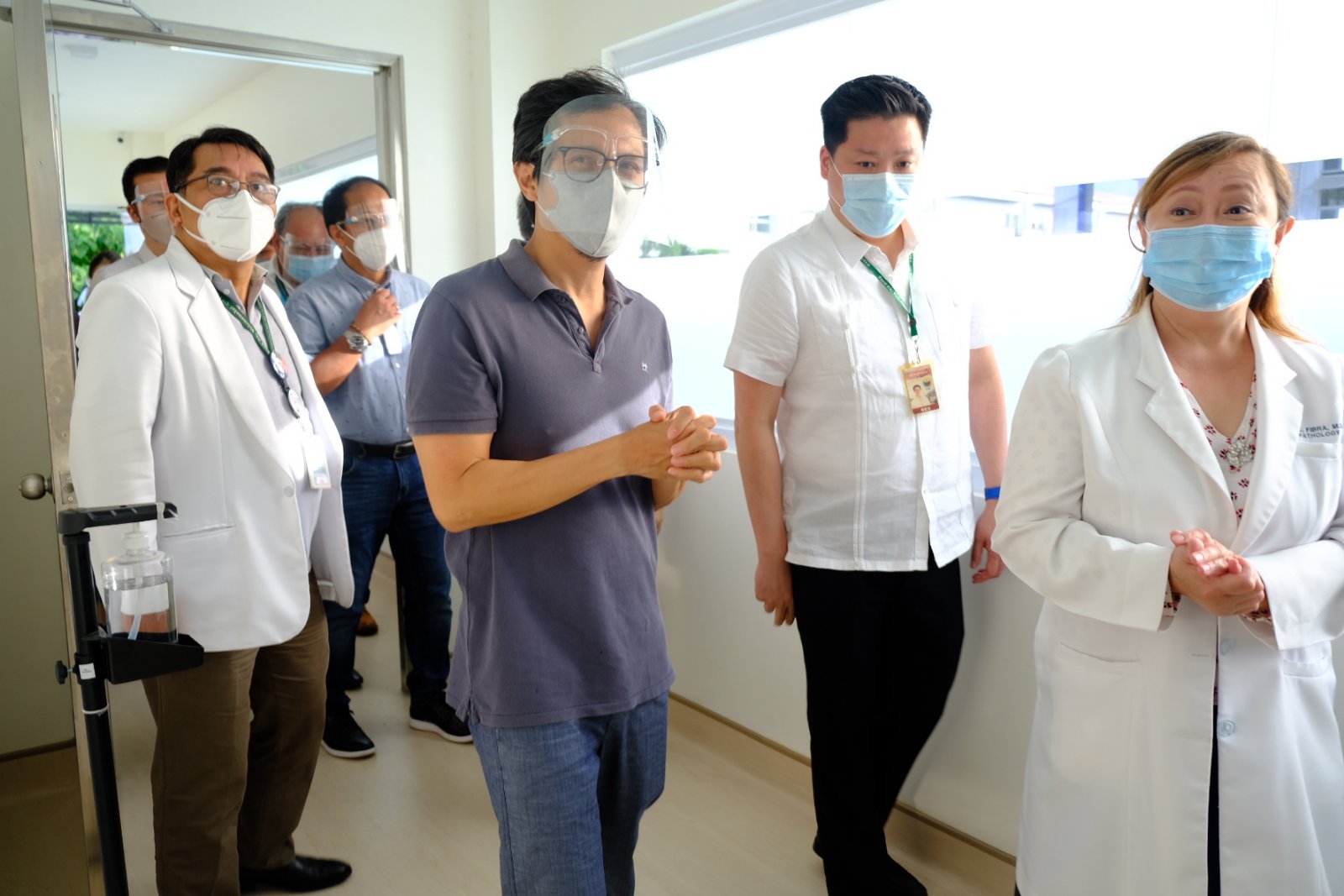 “Ang hiling lang namin sa lahat ng LGUs na nakausap namin is, ang key talaga dito, tuloy-tuloy lang. Huwag tayong mapapagod. Tuloy-tuloy lang, kasi we have to accept the fact that medyo matagal-tagal pa ‘to and we have to live with this,” he pointed out.

“We can’t stop the economy anymore. We have to continuously open the economy, but to be able to do that successfully, we really have to just keep on doing what you have been doing since the very beginning on a day to day basis,” Dizon emphasized.

Dr. Teodoro Herbosa, professor of Emergency Medicine at University of the Philippines, and medical adviser of the National Task Force against COVID-19, said it is critical to prevent the transmission at the community level.

“Since [a] vaccine has yet to arrive, one of the best ways to cut transmission is through the practice of minimum health standards. The czar of prevention is our punong barangay and the people in the community. Discipline is very important,” Herbosa said. 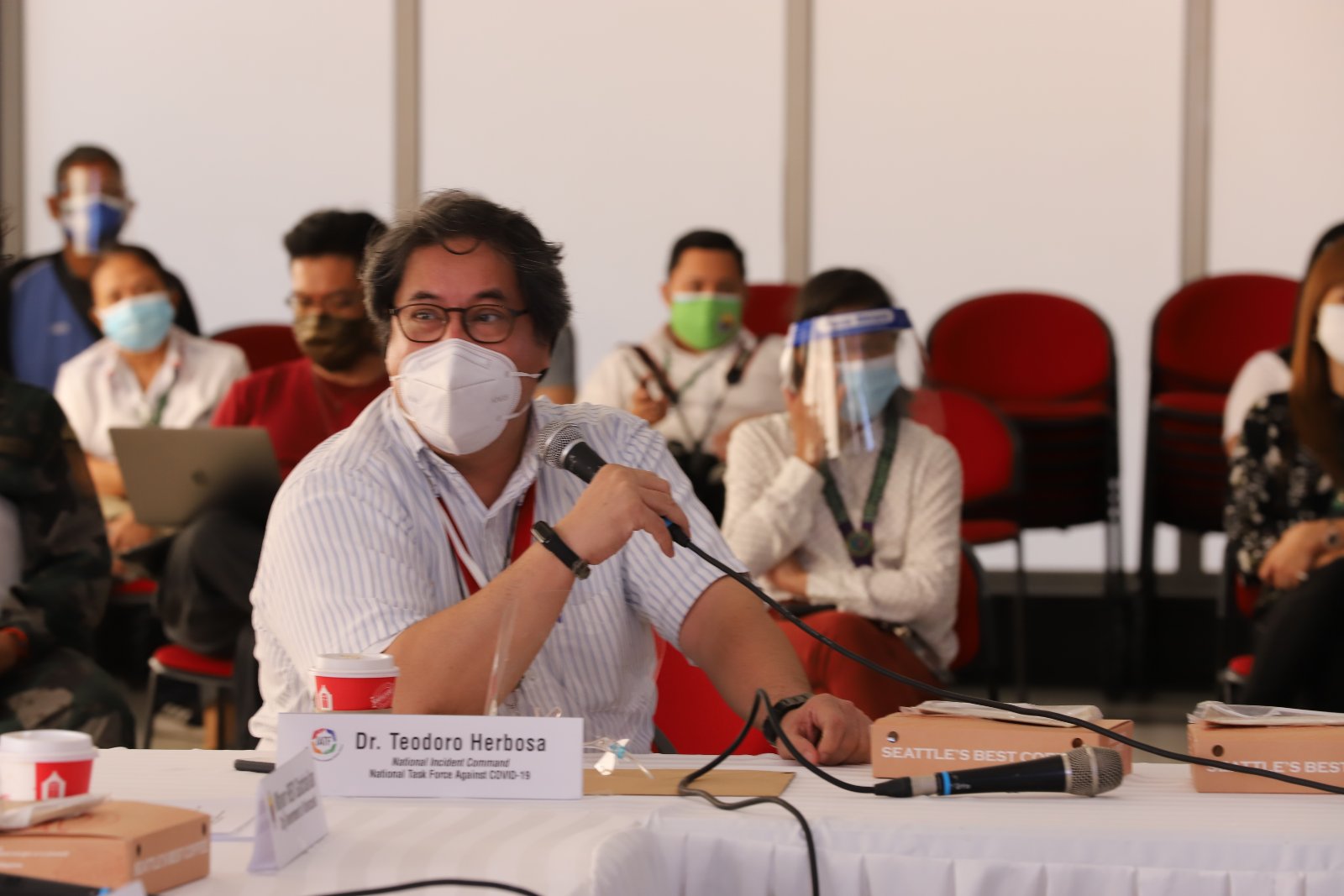 For his part, Galvez said that the strict observance of minimum health standards will be the key in preventing the spread of the virus.

“The COVID can be defeated by the minimum health standard, kaya ang focus natin sa National Action Plan is on the prevention side,” he said.

“If you look at the paradigm or strategy that we have, the most important thing is really prevention. For as long as there is self-regulation, self-awareness and self-mastery, we can defeat the virus and protect our own selves, our families and our communities,” Galvez pointed out, adding “There should be a change of behavior.” 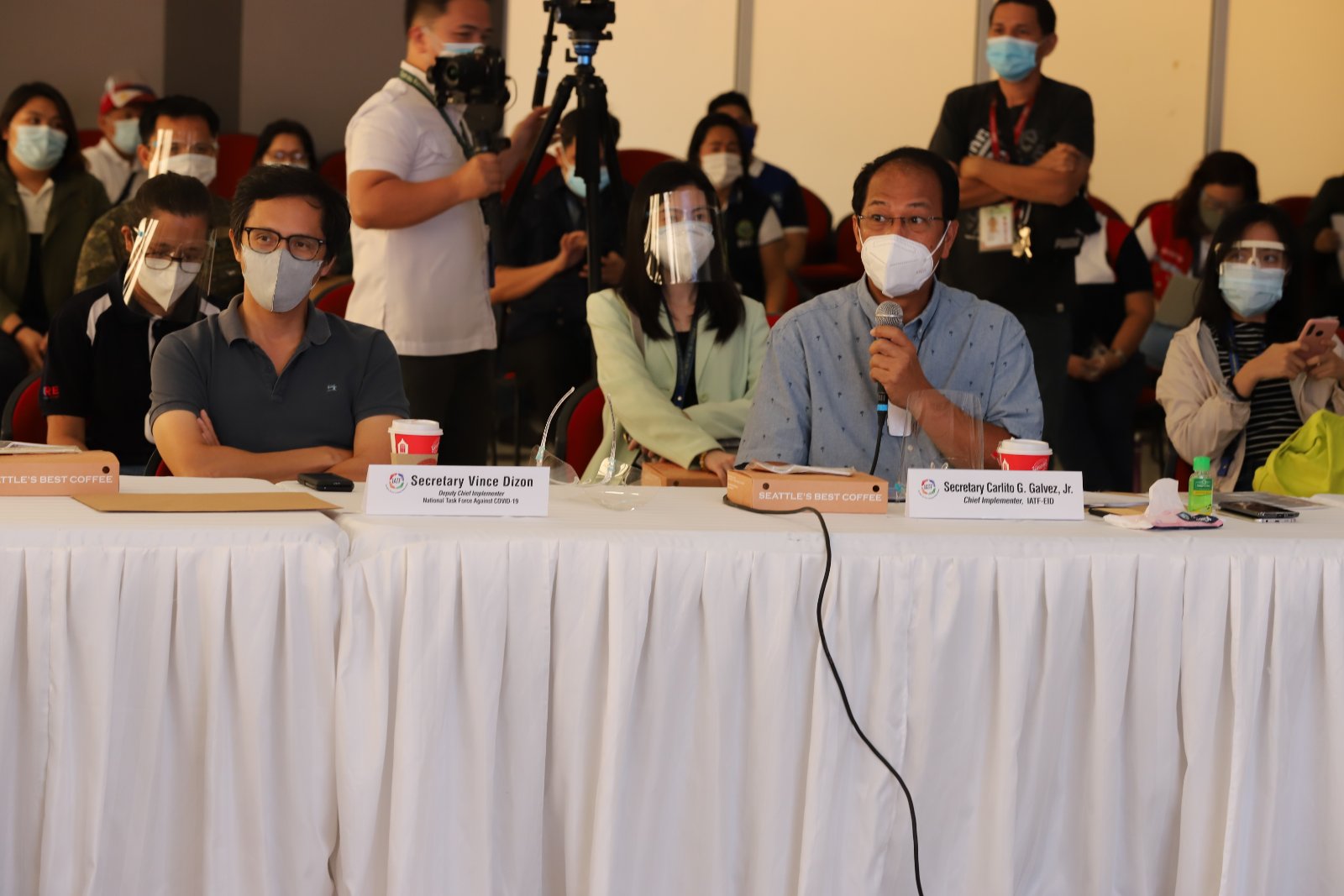 The Chief Implementer also lauded the local officials of Valenzuela City for their decisive leadership.

He said the NAP is a complete strategy “but I believe the best way to do [this] is a kind of leadership that really can implement the plan.”

“If we fight together, there will be no mission impossible. That is a take that I could share to you. If we’re united, we can surmount even the highest mountain and challenges,” Galvez said.

The CODE Team, whose members include top officials of line agencies, has been travelling across the county over the past weeks to meet with LGUs and find out how the national government can help scale up their COVID-19 response measures.###